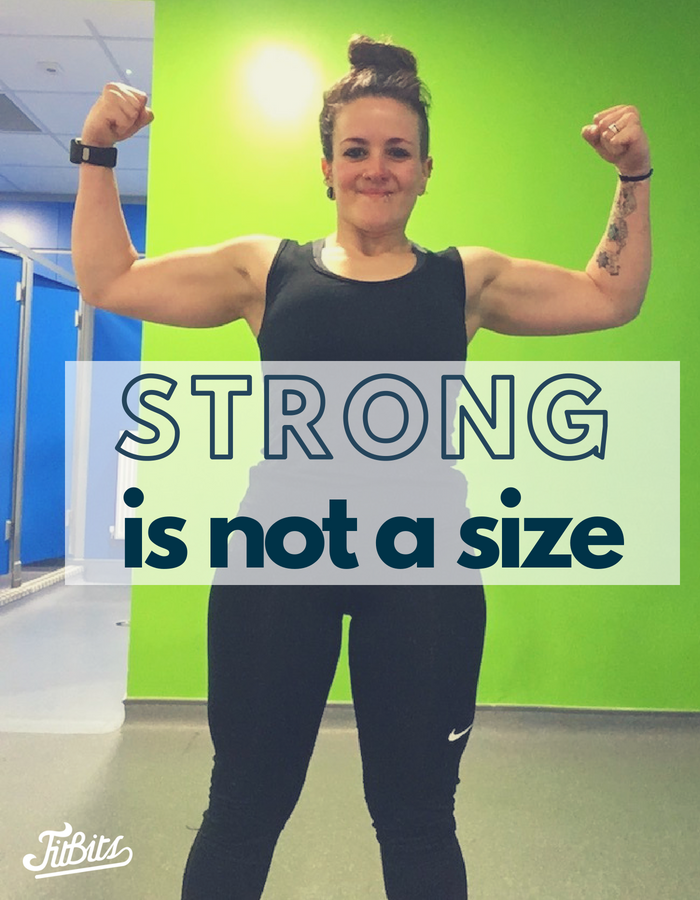 Last night on the way to get picked up for hockey practice something horrible happened to me. If this was a few years’ earlier, before I discovered exercise and had zero body confidence, it might’ve reduced me to tears.

If this was in secondary school and college, when I was still horrifically self conscious and used to wear big baggy hoodies and jeans in the height of summer so no one would see my thighs and my belly, then yes, I might’ve balled my eyes out.

I used to hang out with my friends with jumpers and cushions over my belly when sat down because I couldn’t bear for them to see my rolls. I made sure I constantly breathed in hard whenever I was standing up so I looked slimmer. I spent my summers ridiculously hot, uncomfortable and sweating like a pig because I didn’t have the confidence to wear what everyone else was wearing. I hated my feet so much I didn’t have a pair of sandals until my 26th birthday when Chris bought me some lovely Birkenstocks.

If this was just after I finished uni, when I was recovering from Goodpastures disease (nothing good about that one, I can assure you), and I’d put on nearly two stone from water retention, steroids and the cocktail of drugs I was on, I would’ve 100% cried right there in the street, and probably never stopped.

You’re probably wondering wtf actually happened, right? Come on Tess – spit it out! Well it might not seem so bad now, saying it out loud, writing it sat here in this lovely cafe, no cushion on my belly and rolls on full show…

A couple of lads leant out their car and shouted:

They said something else too but I couldn’t hear as they drove off. Initially I looked around to see who they were shouting at as I’m actually pretty happy with the way my body feels and looks right now because of all the weightlifting and hiit training I’m doing.

I realised they were definitely talking to me because there were no other cars on the road and I was the only pedestrian. Walking to my team mate’s car, in my shorts, t shirt, shin pads and hockey socks, minding my own business.

Off for my second exercise session of the day, actually, but whatever. I’ll put them away, shall I?

Now let me just say this right here, right now – THIS IS NOT OK.

It’s happened before, when I got back from a very hot and humid Bestival, wearing my festival shorts. These ones were high waisted and very high on the thigh. There were jiggly bits all over the place but for ONCE my thighs didn’t rub together that much as I’d discovered the joy of bootcamp not long before so was actually at my slimmest.

We parked the car after the long drive home, and I walked straight up the shop for milk in my festival shorts. I did actively consider whether to get changed as this was now ‘real life’ and I surely the real world wasn’t ready for these thighs just yet?

I considered it, but not for long. I wanted a cup of tea and a shower, so I was brave, and walked up the shops in my shorts. I don’t know whether it was the post-festival blues or the aggressive nature in which she said it (that’s right, this time it was a she) – “eeeeeerrrr look at the state of those, put them away, fuck sake” – but the tears did come this time, along with the lump in throat, and as I power walked my offensive legs faster towards the shop I vowed never to subject the world to them ever again.

What gives someone, male or female, the right to shout about the way another person looks? What is it about my thighs that is so offensive to the human eye?

Why did those lads feel the need to stick their heads out of the window to say anything at all, couldn’t they have just kept the thought to themselves? And the girl after Bestival, she was actually pissed off her face and looking for a fight, but that doesn’t matter, it still cut deep.

Words are powerful. But so are these thighs. 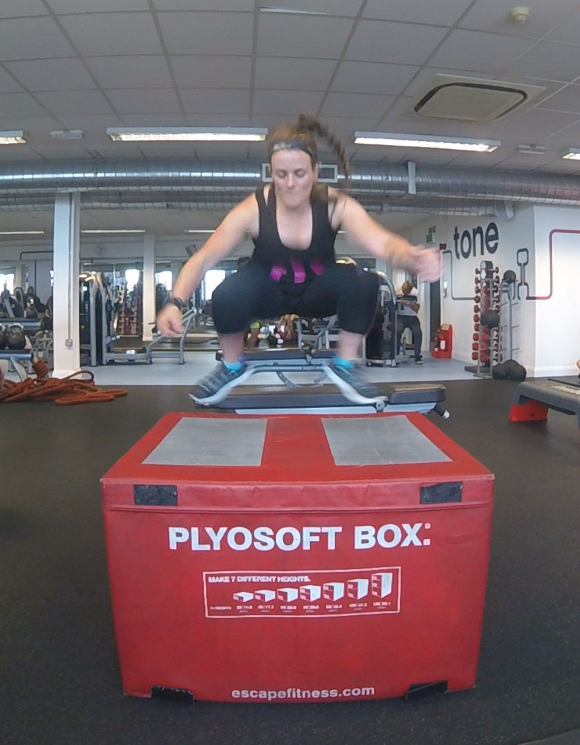 These thighs can probably squat those guys’ bodyweight, and then both of them combined, given time. (I’m on 3x 12 65kg so know I could lift more than that)

These thighs can run marathons (not right now, mind, but they have done!)

These thighs have finished triathlons, carried me up mountains, cycled up multiple hills and beaten all the boys.

These thighs have brought me the greatest PBs I could ever dream of, and made me feel invincible after running faster than ever before.

These thighs have played new sports like hockey, and skateboarding, and trampolining, and rugby FFS.That’s a point actually – these thighs played rugby for not just Sussex but South East England U18s before I went to uni thank you very much. 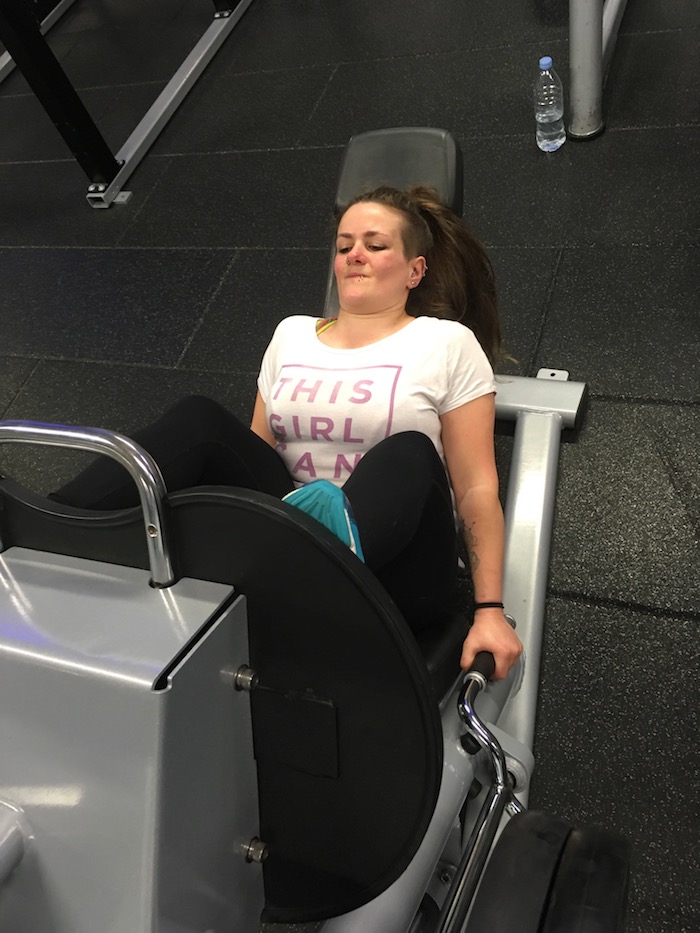 These thighs don’t need permission to get air time. They don’t need validation from anyone, and they definitely don’t need me wasting any more of my time worrying about what other people think of them.

They’re coming out to play, and so is the rest of me, and if you’ve got something to say, lads shouting out of car windows, let’s go down the gym and I’ll show you what they can do. You can show me what yours can do too, and then I’ll pick you up and squat you.

Strong is not a size 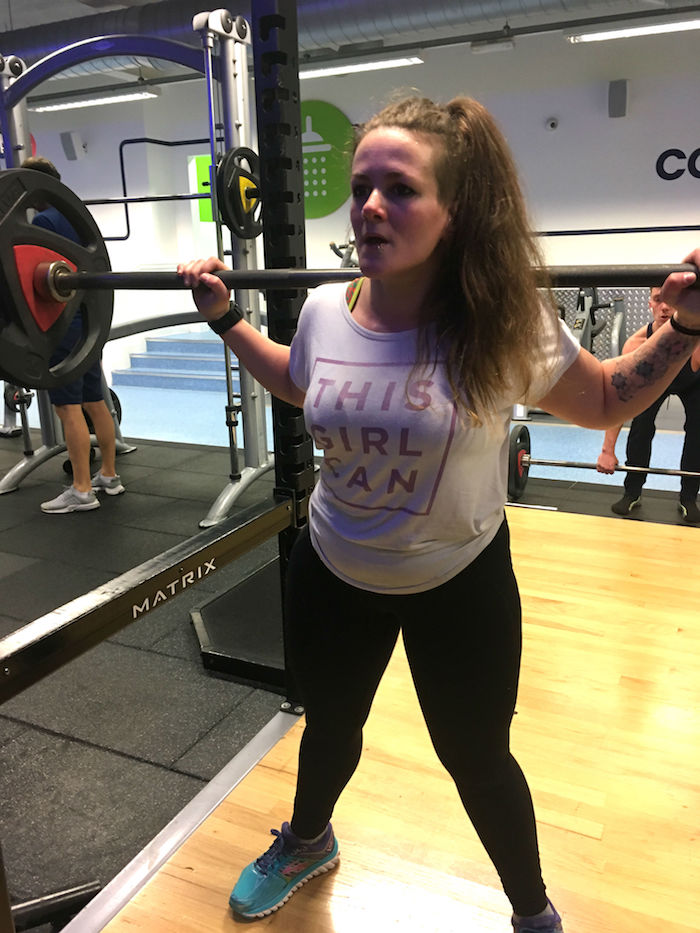 And like a sign from above, today is the launch of Women In Sport and British Weightlifting‘s campaign to encourage more women to lift weights – #StrongIsNotaSize, supported by This Girl Can (catch up on my escapades as a This Girl Can Ambassador here). I’ve been waiting for this to launch and tbh it couldn’t have happened on a better day because after yesterday it’s reminded me of exactly why we need more women in the weights area.

We need more women to experience the strength it brings, not just physical but emotional and mental. The confidence that comes with switching the focus of what your body can do, instead of how it looks. The freedom from self doubt and embarrassment. The empowerment of strength and sass all rolled into one, lording it round the weights area, sweat dripping from your red face, fitting in with the ‘big boys’. 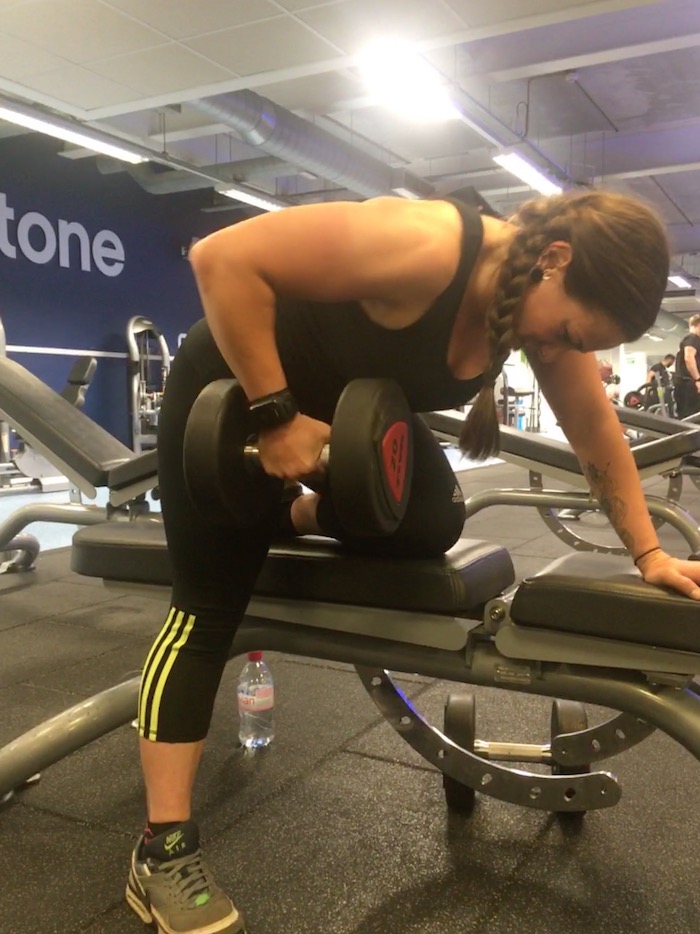 Looking in the mirror and liking what you see, not because it looks good but because it feels good first. The changing body shape that comes with the fat loss and increased muscle definition is a happy side effect. It’s the endorphins I do it for. I’m only ever here for the endorphins. And the confidence it brings me. The fire in my belly that I feed off all day as I bounce out of the gym after a great PT or solo session.

The power of being able to walk down the road in shorts or whatever the hell I like, and for once, not give a damn about what anyone thinks of me. That’s priceless, that is.

That’s My Strong. What’s yours?

Get involved with #StrongIsNotASize by sharing your photos and stories on social, tagging Women In Sport, British Weightlifting and This Girl Can.

Read next: 7 reasons to train with a PT (weightlifting) >>

What does Strong mean to you?