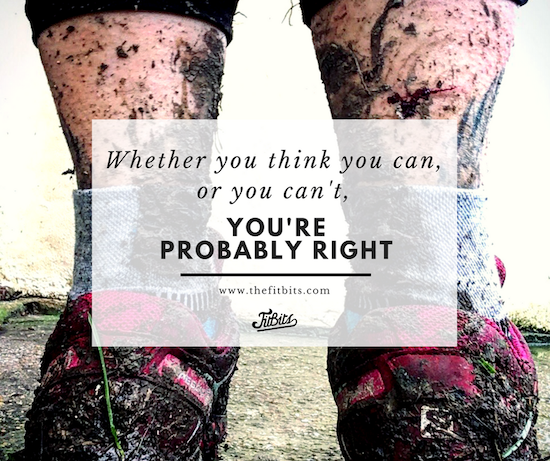 As a writer, I find words really powerful. They’re my tools. My craft. They swirl around my head bringing meaning to my days. They also bring motivation, keeping me focused and on track to reach my goals – both in fitness and in life.

The words in the above photo make a lot of sense to me. I like to use it as a mantra whenever negative thoughts creep into my mind. Like for tomorrow’s long run. I’ve told myself and everyone who’ll listen that I’ll try to run a nine or 10 miler, on tarmac, in prep for Brighton Half in just four weeks’ time.

The tarmac bit is important in this ‘training’ cycle. I put training in inverted commas because true to my recent form of the past couple of years, I haven’t been 100% consistent with my running – more flirting with it – and trying to do at least two or three per week since before Christmas.

The way my weeks have gone means those three runs have tended to be a bit of a binge over the weekend, with intervals Friday, parkrun Saturday and a long run Sunday. And up until now, those long runs have all been on the trail.

Lots of wet, muddy, hilly, glorious lung-busting trail. The best kind of running at this time of year, I think, and the kind of running that makes you thankful to be alive, and to be able to run at all.

So my Sundays have been mostly filled with runs of between six and eight miles on the trail with my BTRS (Brighton Triathlon Race Series) buddies as part of the Winter Trail series.

Tomorrow, because I mostly only ever get motivated to run if I’m meeting other people, I’m starting and finishing my run from the same place as my BTRS family. But I’m not running with them.  Instead, while they do their trail run, I’ll be running the undulating clifftop road that heads out to Peacehaven and back, trying to clock 10 miles. I’ll still get the challenge of the hills but get to test the legs on a solid surface and run in the new Brooks Glycerins that (thank God) arrived this week. 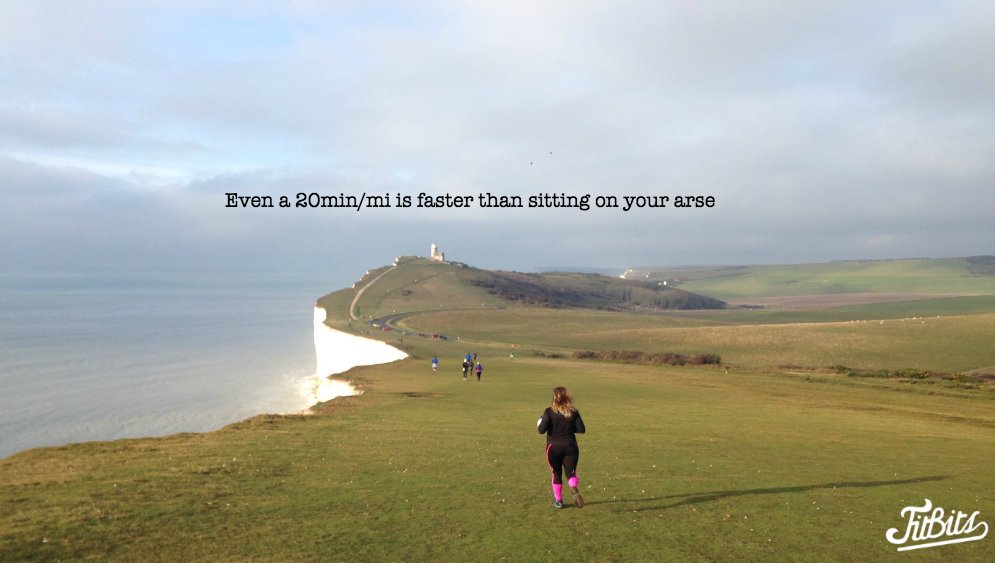 So, going back to my mantra – I’m changing the mindset I’ve had for the past week for tomorrow’s run and instead of thinking I CAN’T do it, I’m telling myself that I CAN do the full 10 miles.

Here are the reasons I thought I COULDN’T, along with a few comebacks after giving myself a little talking to (positive vibes only, right?)

I’ve missed a couple of runs this week due to a busy work schedule and very exciting trip to Manchester to meet British Cycling (more on this soon).

So what. you’ve also done three solid gym strength and conditioning workouts this week, and a lovely fast 24mile round cycle commute so your legs are probably stronger than you realise, and fresh for running.

My knees have been hurting recently, running’s not 100% comfy yet.

Probably because of those knackered trainers you’ve been wearing. Good job you’ve got new shoes now, and are working on S&C in the gym. Also, you know your body needs a good few weeks to get used to running again. Patience, my child.

I haven’t done any long runs on tarmac yet and don’t know how it’ll go.

The power of the mind for performance

The power of positive thinking for performance is actually a proper thing you know.

Lots of athletes work with sports psychologists to train their minds to believe they can achieve what they set out to do. Half of the battle with running in particular is in your mind anyway, any runner of any level will tell you that.

How many times have you been on a run and wanted to stop?

I’m channeling these positive vibes from a really interesting training evening I went to this week ahead of next week’s London Winter Run.

Endurance sports coach Tom Craggs took us through a great strength and speed workout and shared some tips on how to use the power of the mind to stay focused and strong on race day (and I’m nicking them for tomorrow’s long run and Brighton Half too!)

Apparently, what you think or feel about your training or event can have a real physical impact on your body. I say apparently, but I know it’s true. And it’s been proven in numerous studies, some of which Tom mentioned in his presentation.

That nervous tension you get to the start line – it can manifest in a good way if you channel it right. Or, it could overwhelm you and completely mess it up.

Think about elite athletes, they train day in day out, for hours at a time, for often seconds or minutes on the race or event day. When it comes, they stick to what they know, trust their training, pull out a few mantras of their own, and perform under pressure.

So what powers can we call on when it matters for us?

The power of disassociation 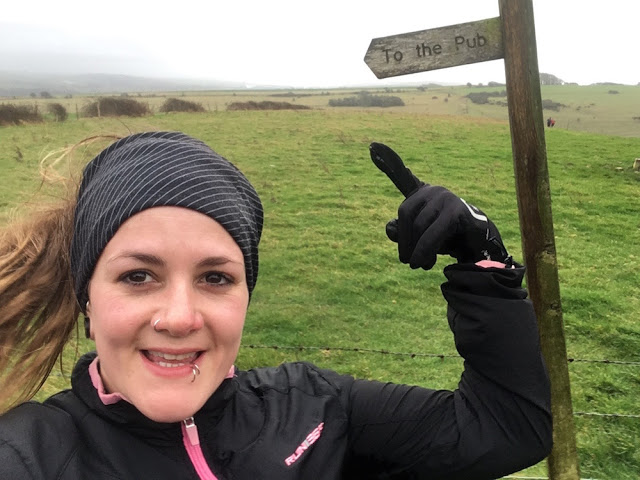 There’s no getting away from it – running hurts. It’s not all neverending endorphin rainbows and smiley, happy sunshine sessions. So distracting yourself from the ‘pain’, or physical action of running helps. Paula Radcliffe used to count to 100 three times in her head and she knew that was roughly a mile.

To be honest I can’t think of anything worse, so I’d rather think about what I’m having for dinner, or think of ideas for a new pitch, but it’s about finding what works for you.

The power of visualisation

Your expectation and what you visualise of what will happen on race day is probably what will happen. This makes sense to me because every time I’ve gone into a race thinking there’s any sort of chance of getting a PB I’ve done it. Or whenever I’ve been really excited to race or do an event I’ve had the best time, and come out shining too.

And similarly, when I’ve stood on the start line after a week of worrying and knowing deep down that I haven’t done enough, it’s all gone tits up.

If you expect it to hurt, it will. But if you know you can run at threshold, or for long enough to get the result you want – i.e. be comfortably uncomfortable – you will.

The power of association

Think back and remember good achievements and how it felt. The last time you ran a 10k or half marathon strong. When you found your flow in training and could’ve gone on forever.

Connect that memory to the feeling and take it with you into your run or race. I find music really helps here.

Music for running: what’s your soundtrack?

Tom suggested to keep a training diary to record not just the workouts you do, but also what you ate that day, how much you drank, how you felt, whether anything hurt, how your recovery was etc. I used to do this religiously a couple of years ago but have let it slip so will be looking at doing this as I finish my training for the Winter Run, Brighton Half, and onwards to the South Downs 80 mile sportive I want to do in April (more on this later!)

The power of affirmation

Ahh, positive affirmations. Everyone loves a good mantra. Mine is the one in the pic at the top of this post. The other is feel the fear, do it anyway – but I don’t think that works for tomorrow’s long run.

When I was shitting myself about doing my first triathlon* I wrote about positive thinking and changing my mindset from doubtful, negative and questioning of my ability to positive, strong and reassuring really helped.

*Spoiler – I did it – read about my first triathlon here.

How do you stay positive through training and in events?