You might’ve noticed I haven’t posted for nearly two weeks – there’s a really good reason for this, and it’s called Glastonbury.

AKA the Greatest Festival in the World. 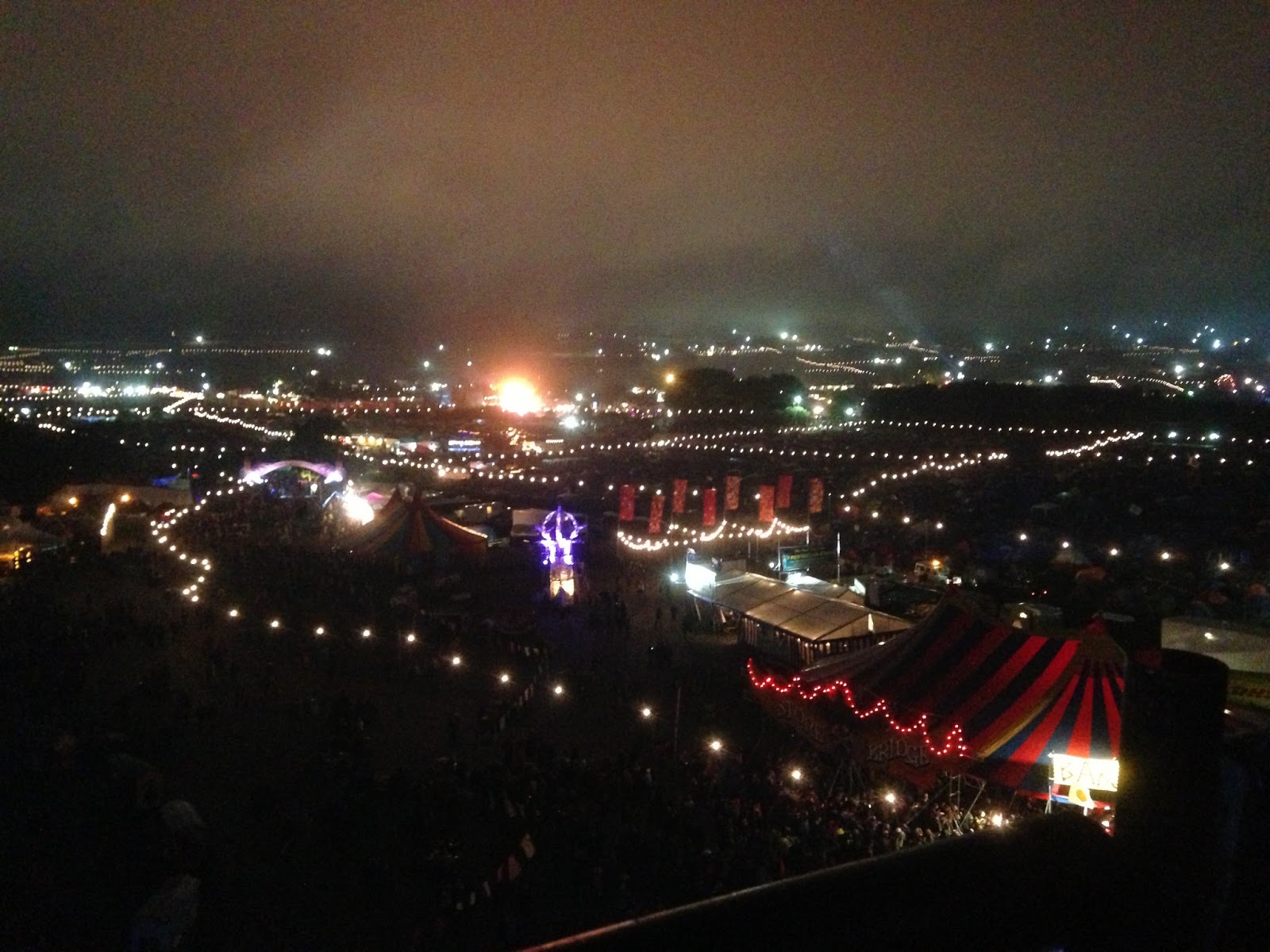 The only festival that I’ll allow to top it is probably gonna be WedFest 2014 and that’ll be curated by me and the boy as we get hitched next summer. Although the Rolling Stones won’t be playing, there won’t be any weird trippy dance areas or massive mechanical spider stages and it’ll be on a much smaller scale (in a pub campsite in the Sussex countryside), it’s gonna be EPIC. Fact.

This year was exceptionally good for seeing bands – normally we spend a lot of time raving into the early hours in the dance areas and miss most of the bands on the main stages, but this time we managed to do both so saw heaps of stuff. (Main bits of which I can remember, detailed below…) 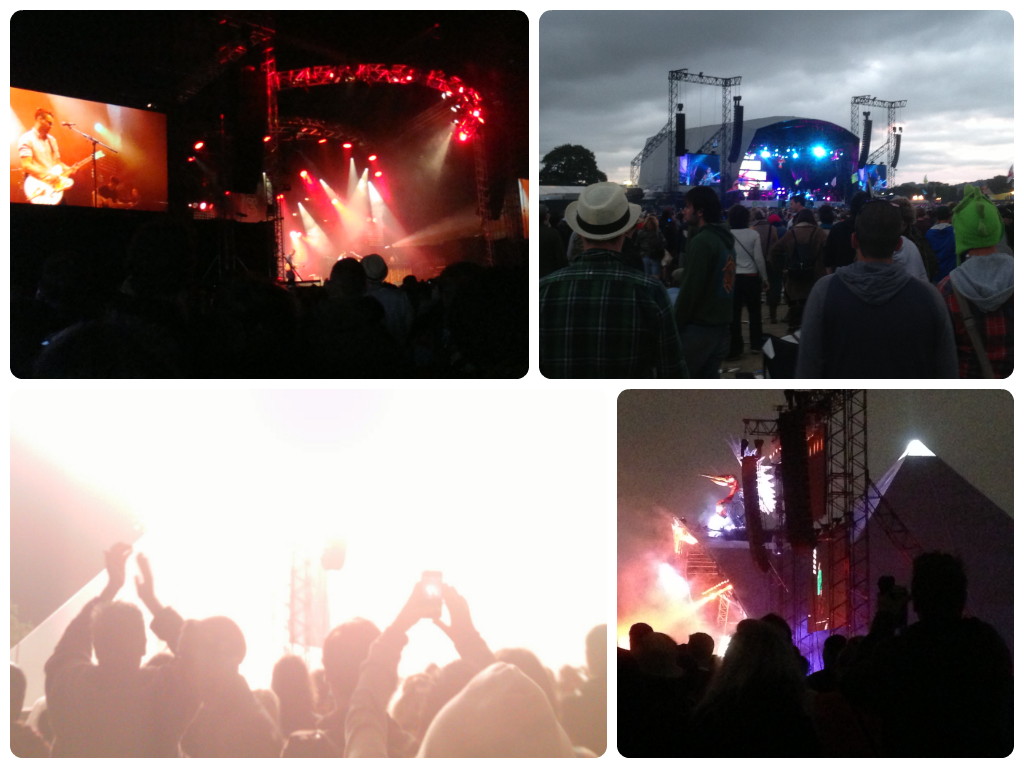 Saturday:
Noah & The Whale – Alabama Shakes – Primal Scream – The Rolling Stones –> then a meandering and reluctant wander to bed to recover from the night before! Missed the Arcadia Spectacular so proper gutted, but couldn’t keep my eyes open any longer and legs as heavy as lead!

Sunday:
Bruce Forsyth (!) – Of Monsters & Men – Vampire Weekend – Editors – Smashing Pumpkins – Mumford & Sons –> then over to Avalon and back to the South East Corner for some last-night raving to make up for our poor performance the night before. (Ending with no other than GOLDIE at the Shangri-Hell stage!)

At Glastonbury it’s OK to have a pint of cider on your way to your campsite at 8 in the morning. Not that I’m condoning binge drinking or replacing your Weetabix with a nice cold Gaymers, but when you’re wondering back down from watching the sunrise up at Stone Circle after a night of jumping about like a maniac to some hardcore drum n bass, it’s alright to open a can when you get ‘home’.

In fact, setting up camp at the back of one of the main stages, chairs, snacks, camera and suncream at hand, there’s nothing better than a nice glass of red or cold pint of scrumpy to sway along with. We were well prepared this year, and had 2-litre camel packs filled with medium Somerset cider that the boys picked up from Middle Farm before we left. Much easier on the wallet having a constant supply strapped to our backs, and we’ll definitely be doing it again!

3) Lots of giggles and photo opportunities with friends 🙂

This was my fourth time at Glasto, and the boy’s third, but our first time going with friends as we normally go on our own. Although we always meet lots of interesting new people (and fail monumentally EVERY year to meet up with the ones we do know who are there – you know who you are, sorry guys!), it’s nice to go together in a group and hopefully we’ll do the same next year.

4) A few seagull invasions, sprinkling of rain and a little taste of mud…

It wouldn’t be Glasto without rain and this year we were really lucky – it only rained on the Thursday evening, and although was enough to frizz up my hair and mud our boots it wasn’t enough to dampen our spirits…

You can still rave it up in a raincoat you know…

5) Speaking of raving it up…

I can’t take credit for these photos of Arcadia and Shangri-La obviously – but this is where we spent most of the early hours of last week, and where I think I left most of my mind.

Nearly a week of uninterrupted glorious sunshine, day-long walking/gigging and all-night raves, the after effects are clearly evident. Cue copious amounts of aftersun, three days off work and a dirty burger (don’t judge me), and it’ll be like it never happened. Almost. 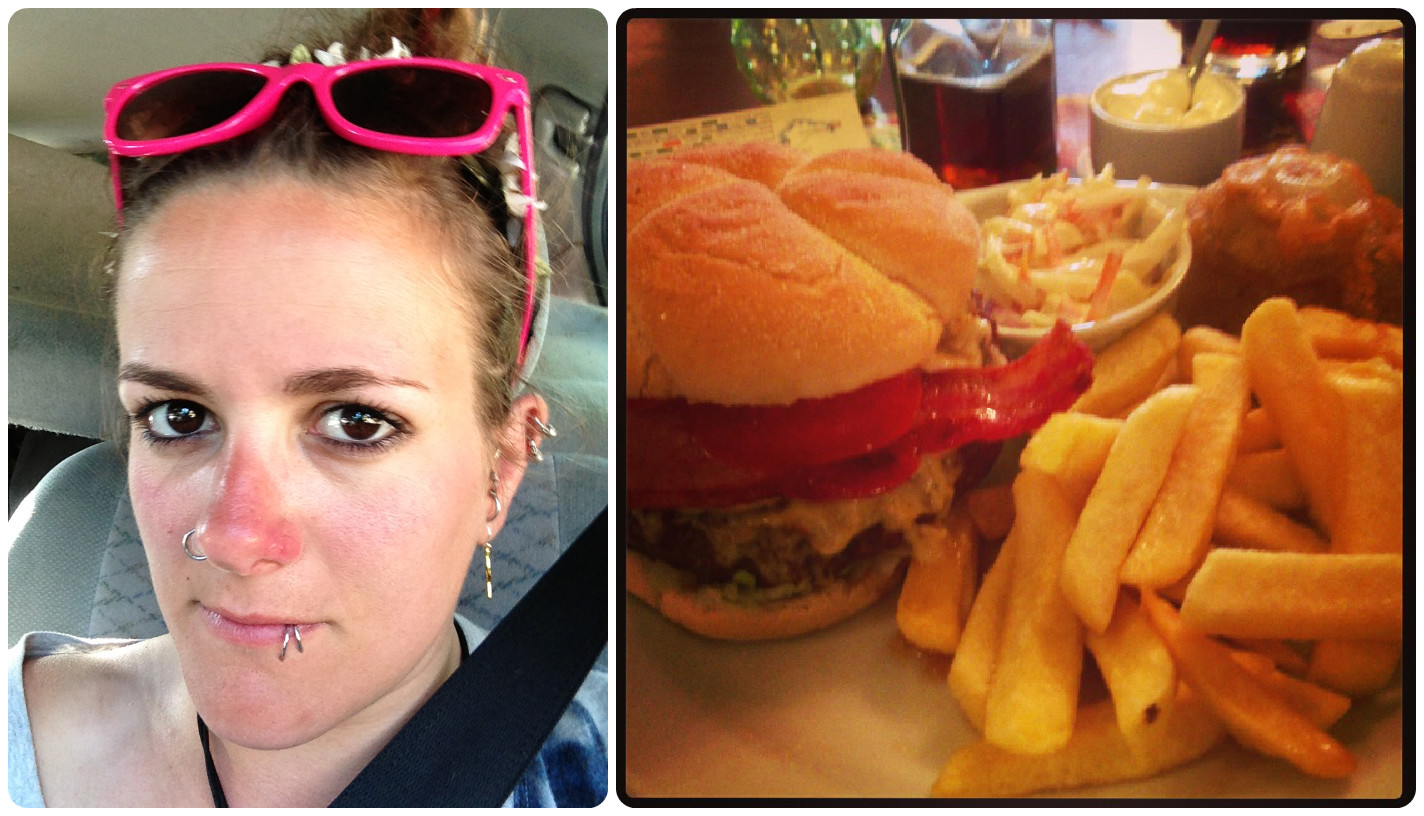 I think the above clearly illustrates why I need to get right back on the wagon from today!