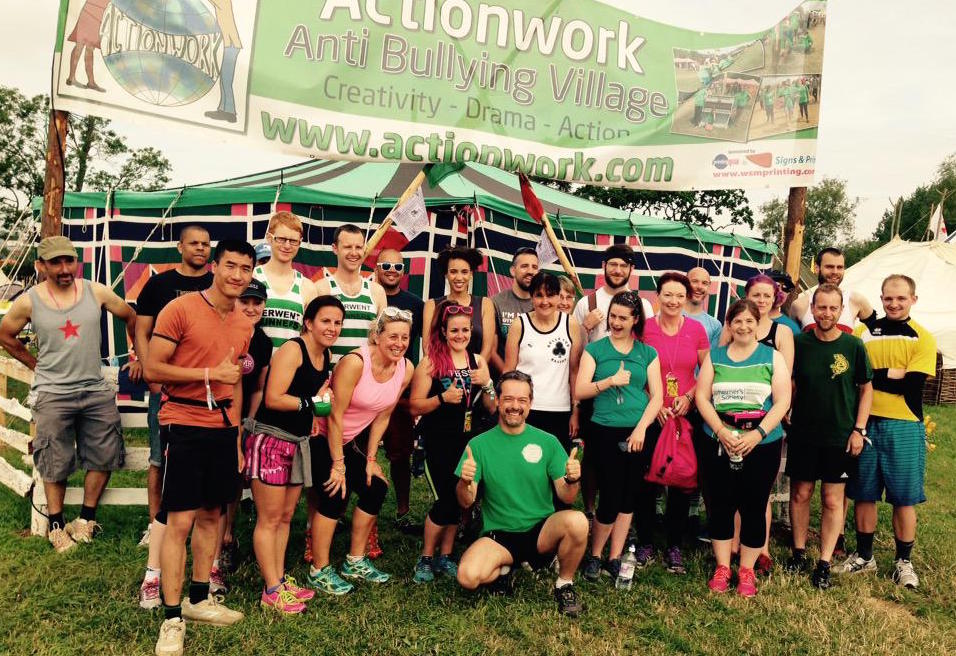 I don’t know what I was more excited about when I first saw the Facebook post – the actual real excuse to pack my trainers after all, or just the general fact that my annual pilgrimage to the Greatest Festival on Earth was mere days away.

Hubs was not impressed when I told him there was an organised run.

“You always take too much stuff and I have to carry everything else. When have you ever actually made it out for a run at Glastonbury?”

He was right. I’ve been packing my running kit for the last couple of years and my trainers have stayed firmly in the bottom of my camping bag. But not this time. I’m a sucker for an early dose of endorphins, especially collective ones shared across a group.

And what better run route is there than the largest greenfield festival in the world?! 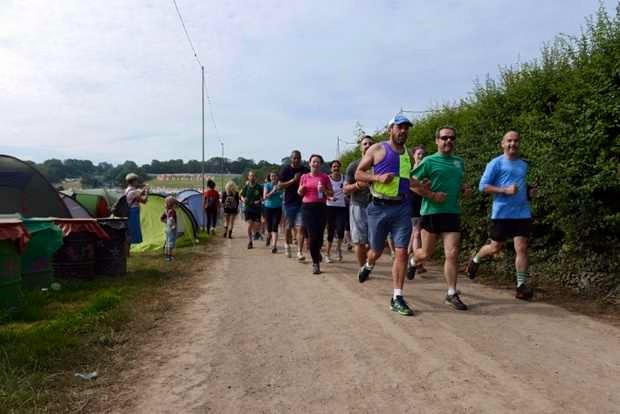 There are a few things as a regular Glasto-goer that have become rituals over the five years I’ve gone – making something in the Green Futures Fields; watching the sunrise up at Stone Circle on the last morning of the festival; red wine/chair wanker Sunday.

Now I have a brand new ritual to add to my repertoire!

Organised by Andy Hickson from Actionwork, the UK’s leading theatre and TIE company dealing with bullying in the UK, our instructions for the run were simple: 9am meet at the Anti-Bullying Village in the Green Futures Fields for a warm up and 9.15am start.

Now don’t get me wrong, I’m an early bird at the best of times, usually up and out for pre-work run or gym session most mornings (maybe not this week). But as to be expected, a fair amount of cider and revelry got Glastonbury off to a cracking start as we arrived on site to glorious sunshine and blue skies on the Wednesday. So there *might* have been a few swear words muttered as the 8am Thursday alarm went off in my tent.

I reluctantly hauled my sorry ass out of bed and into my favourite BOSH running kit before successfully swerving the gin and other spirits for water (not a fun early morning mix up to make, I can assure you).

In a game of Spot The Runners I navigated to the Green Futures Fields and honed in on the lycra-clad group in time for a few photos and brief warmup before meeting The Guardian reporters who would be joining us for our run. Andy told us he’d organised the run because he didn’t want to go too long without training, but also to raise awareness of the Anti-Bullying Village on site. 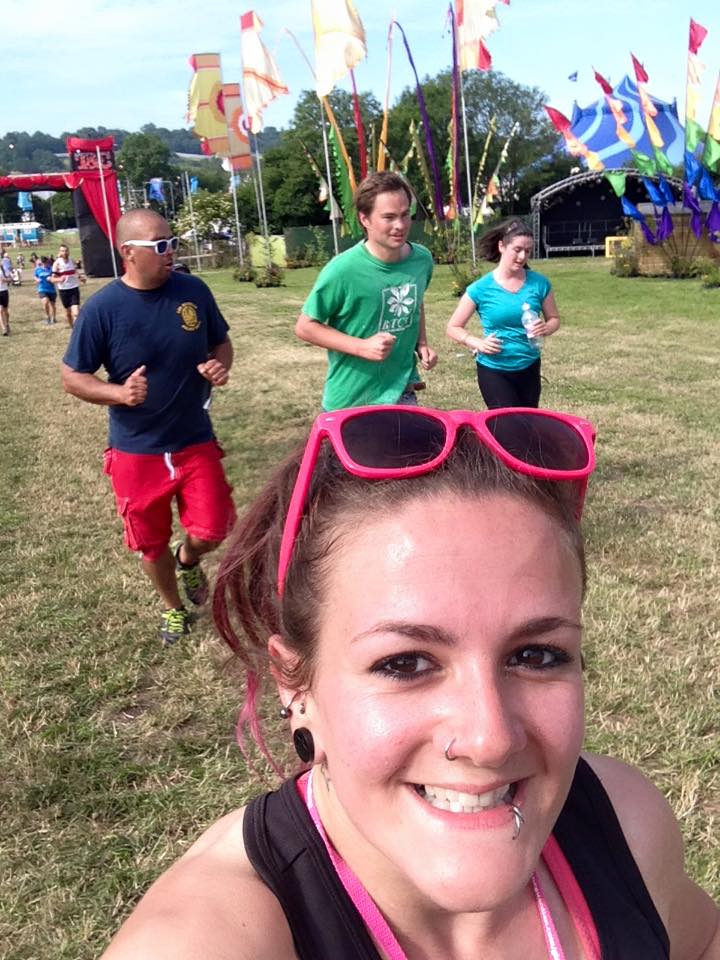 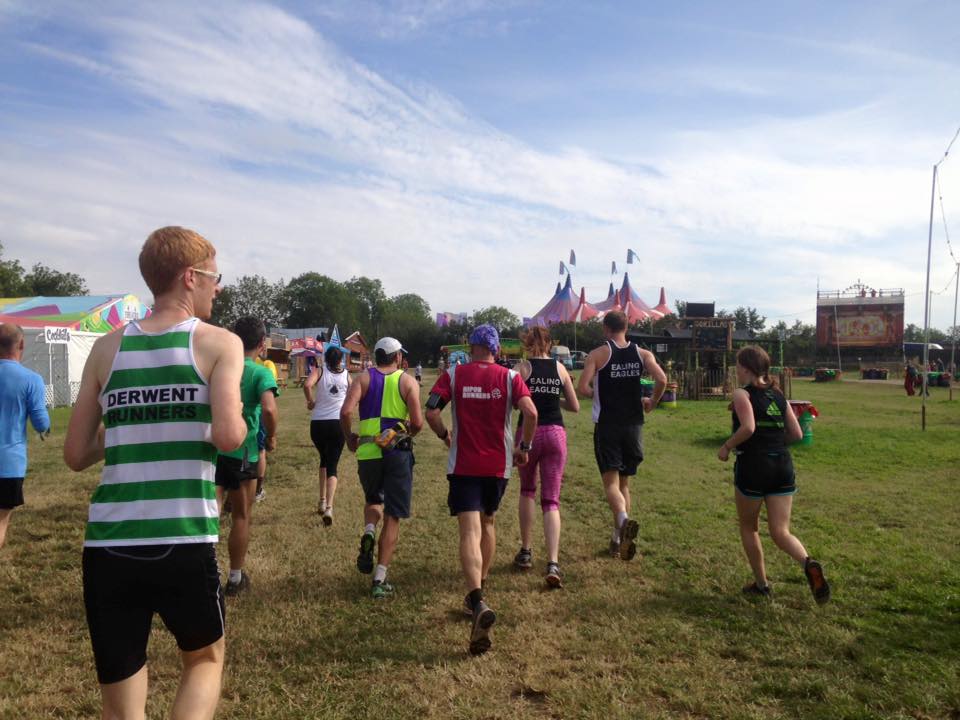 I got a bit too excited as we set off on a 5k loop around the site, and ended up running nearly threshold pace. I was soon put back in my place as we headed up through The Park and up the mammoth hill towards the famous patchwork Glastonbury sign.

My hangover and lack of running in the week or so leading up to the festival was taking its toll as I puffed my way to the top, before stopping for a few photos and making our way to the BEST FINISH LINE ever (Glastonbury Cider Bus).

We lost The Guardian reporter somewhere up the next hill into Big Ground, but she found us at the end for the finish line photo 🙂 It was a great start to the festival (making a little room for the incoming cider) and I’ll definitely be back next year for more if I’m lucky enough to get a ticket again. I did ask Andy if there were runs on any other days but looking back on the activities that followed that holy Thursday morning effort it’s just as well that there weren’t!

I’m still feeling extremely sorry for myself and nursing the most monumental case of dreaded Glasto Blues, but it was bloody worth it!

Til next time, Worthy Farm! x

**PS. I also won BOSHer of the week for my Glasto antics – bonus! 🙂 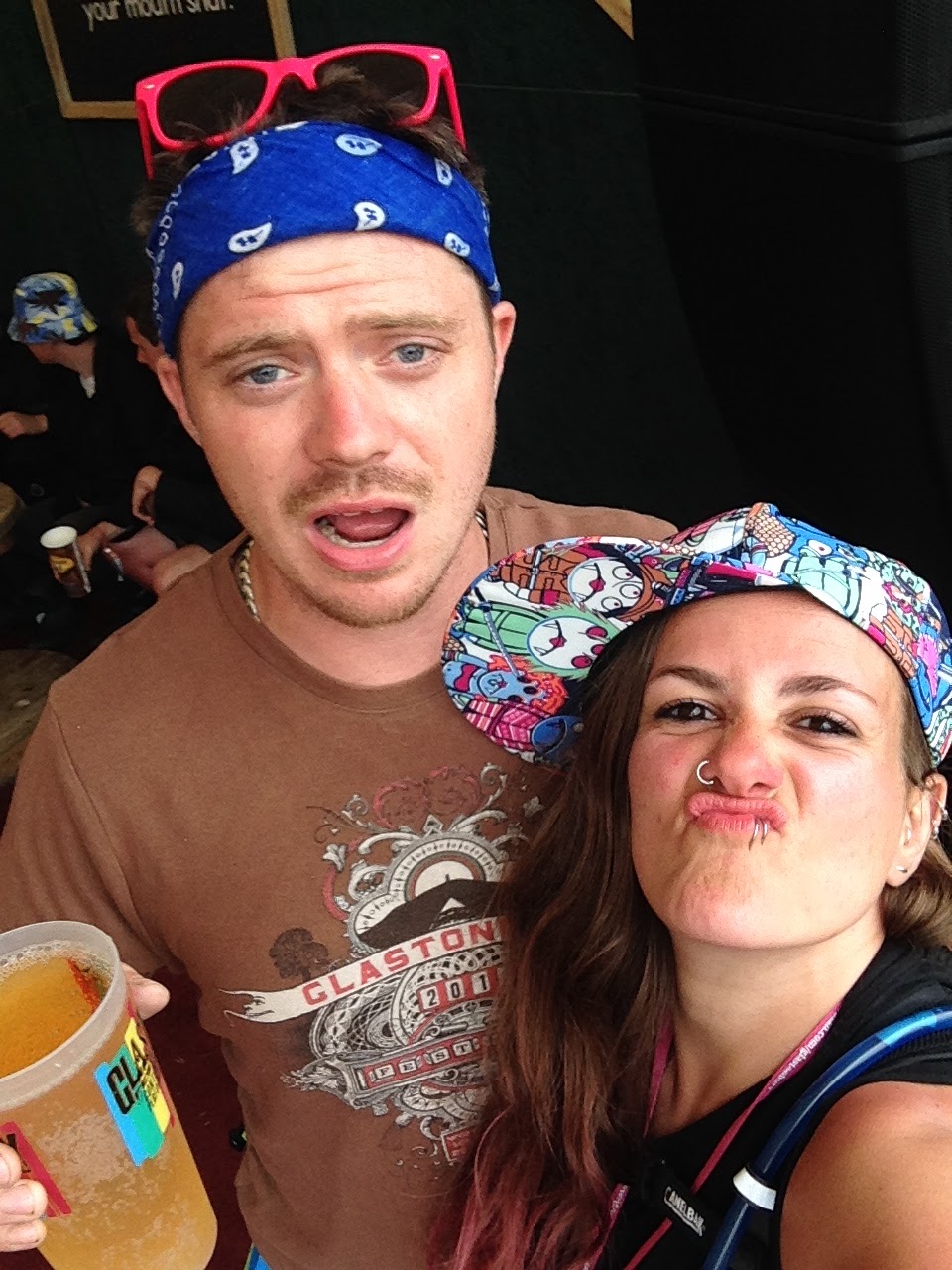 Do you run at festivals or do you take a break from exercise?