It feels weird reviewing a fitness tracker when to be quite frank, the most exercise I’ve done in two weeks is (alright, lots of) mountain biking around the many challenging and awesome trails of Afan Forest Park in Wales last weekend. (More on this later).

You see, I’m in full on Glasto mode – our annual pilgrimage to the Greatest Festival on Earth is upon us this week (leaving this morning at 5am, to be exact), and as such, all I can think about is sun, cider and psytrance. And mud; and glitter; and long drop toilets, flower crowns and giant spider stages that mercilessly pump out drum n bass, lasers and fireballs to a bouncing, grinning crowd of thousands.

But, this review has been a long time coming and I’m not sure just how ‘writey’ I’m gonna feel this time next week so let’s get this done before I go. I promise that up until a week or so ago (I’m reducing it to ‘week or so’ to make me feel better), I did plenty of exercise with my trusty Microsoft Band by my side, so sit back and I’ll tell you all about it. 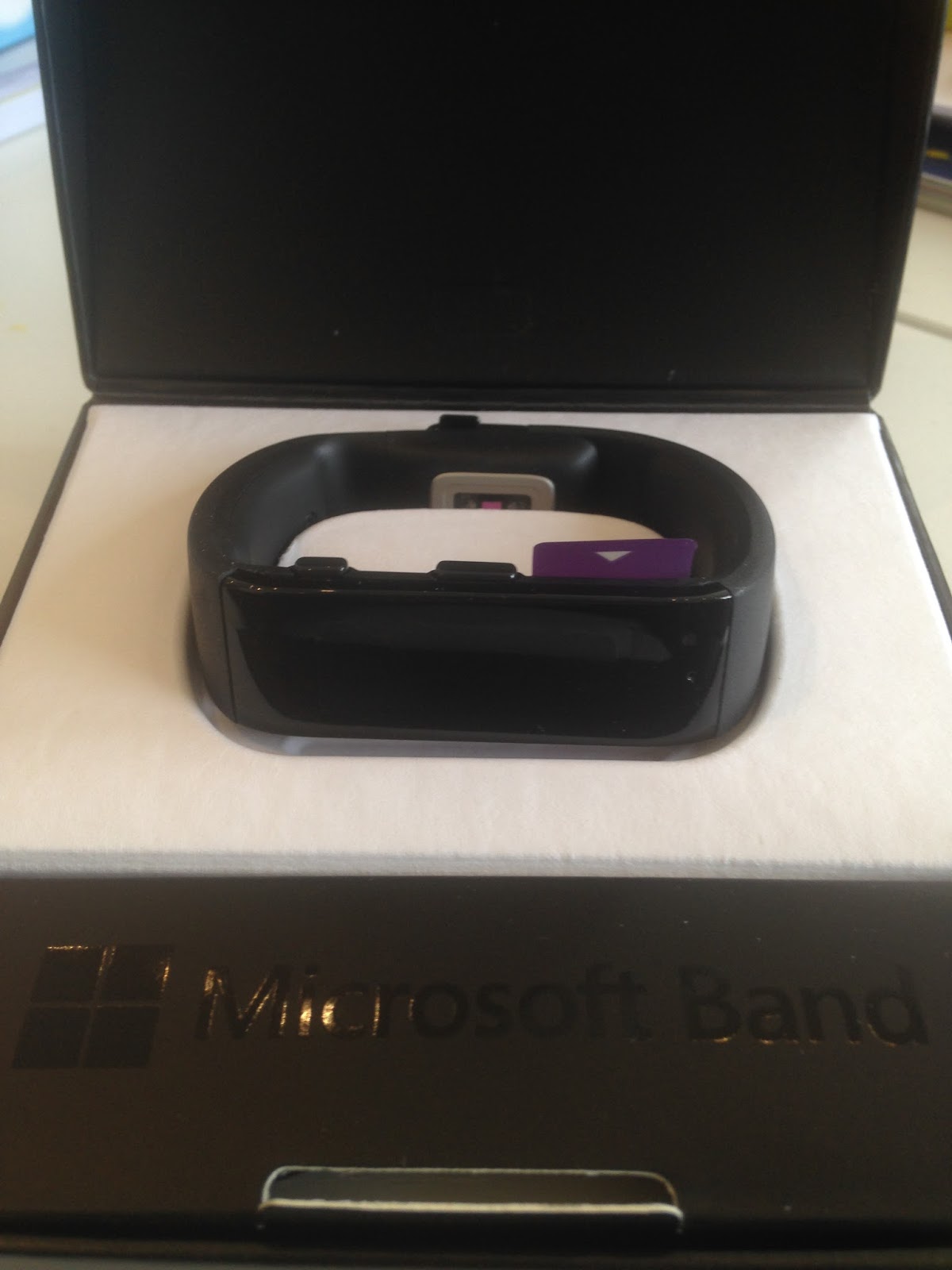 It’s not an Apple Watch

No point beating around the bush on this one – as a fully fledged Apple Whore with just enough money to feed my fetish on credit but not in real life, the Microsoft Band offers an excellent value, albeit somewhat bulky stand in for the mighty Apple Watch.

Retailing at a mere £169.99 and boasting a host of technology such as daily exercise tracking with built-in GPS (run and cycle), guided workouts, heart rate monitor, sleep tracker and stopwatch/alarm, the Band tries really hard to be your daily health and wellness companion.

Syncing the Band to your phone via bluetooth enables you to preview incoming calls, texts, emails and social media notifications on your wrist; something which as a self-confessed tech addict, this pleased me no end. As far as I can tell, you can’t reply to anything however, just preview it – so for example, the Band will vibrate and tell you when a call is coming in and who it is, and you have to answer on your phone.

If you’ve got a Windows phone though you can talk to your band to take notes and set reminders with Cortana, Microsoft’s personal assistant version of Siri, but you might look like a bit of a pleb doing so.

The Band interface is really simple to use – pretty much click and go for runs, cycles and workouts, and the app dashboard is also easy to navigate, with lots of useful data put into nice pretty graphs and charts (happy Tess), viewable when you sync your Band to your phone after your workout. You can also see the vitals on the Band’s screen during and after your workout if you’re a stats whore like me.

It also shows you the zones you’ve worked in which is great if you’re trying to lose fat and work in your anaerobic zone. Once I get back from Glasto I’ll be doing lots of that to shift the excess happy fat that I’ll no doubt be acquiring from five days of cider! 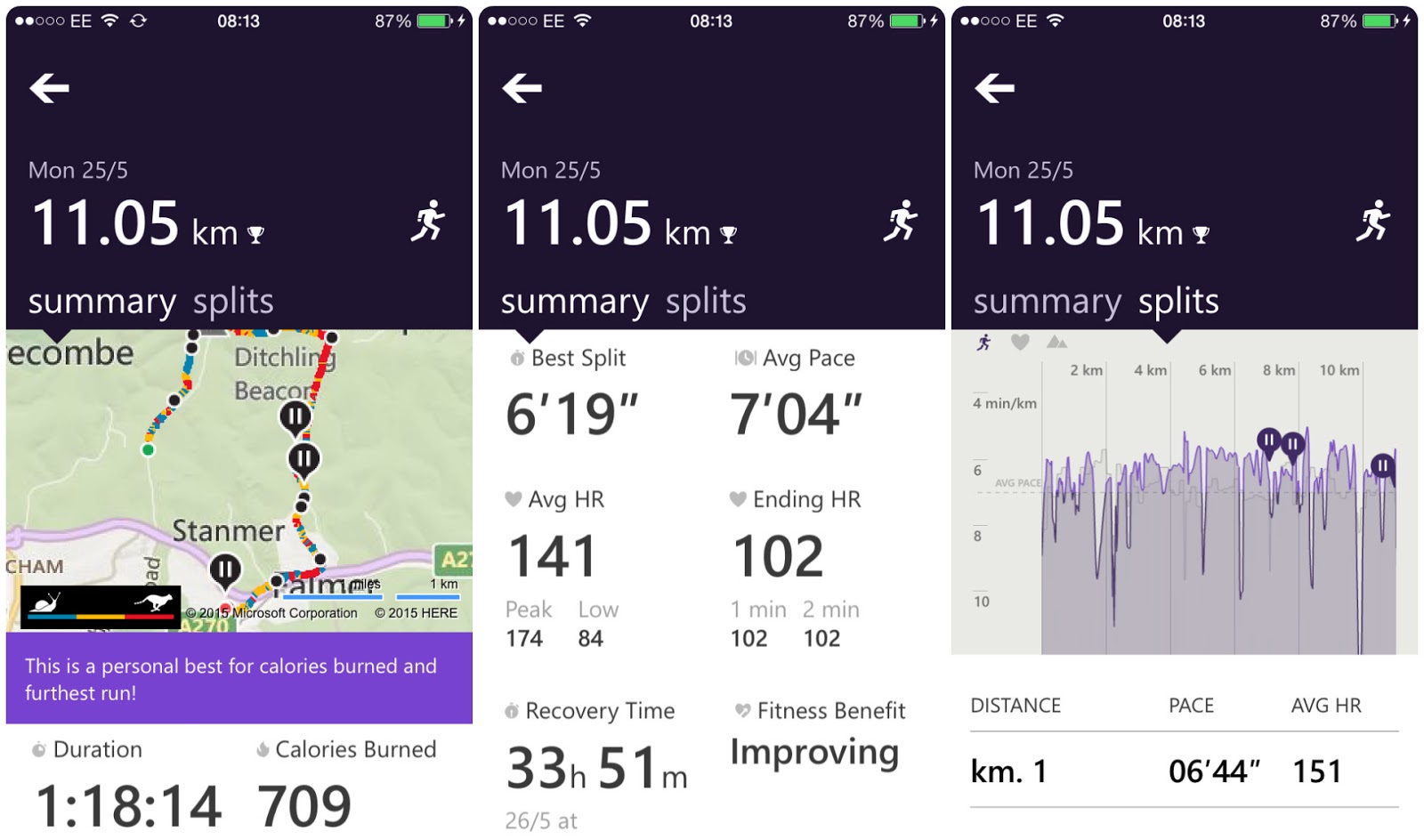 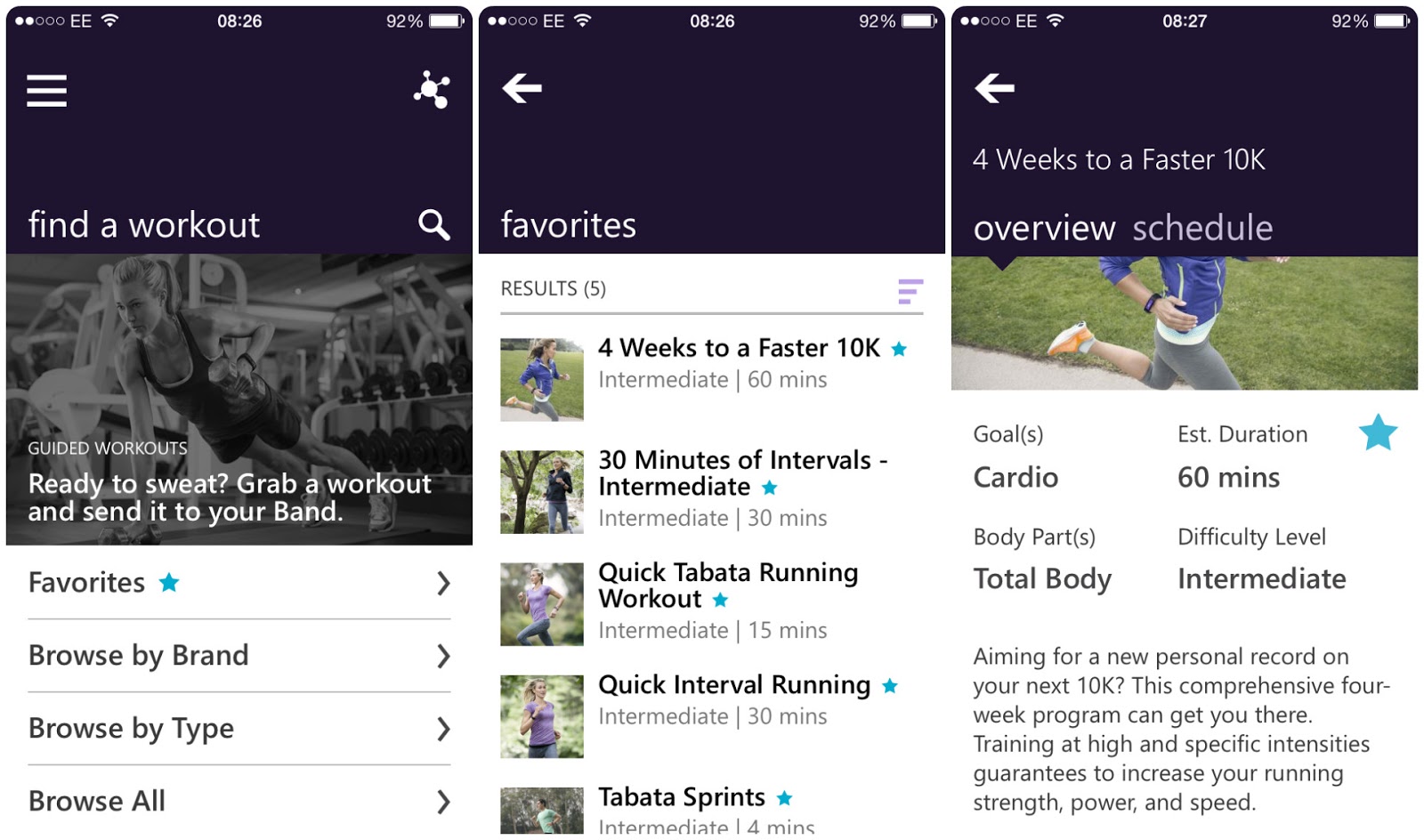 Overall, I’m a big fan of the Microsoft Band, it’s a versatile, affordable and multifunctional wearable with plenty of tricks up its sleeve. Personally, I won’t be swapping it for my Garmin for marathon training as it doesn’t quite have the vitals for pace and custom intervals, but it’ll be my (second) best friend throughout the summer for training.

Once I get back from the biggest party in the world, that is…

Peace out – see you on the other side! 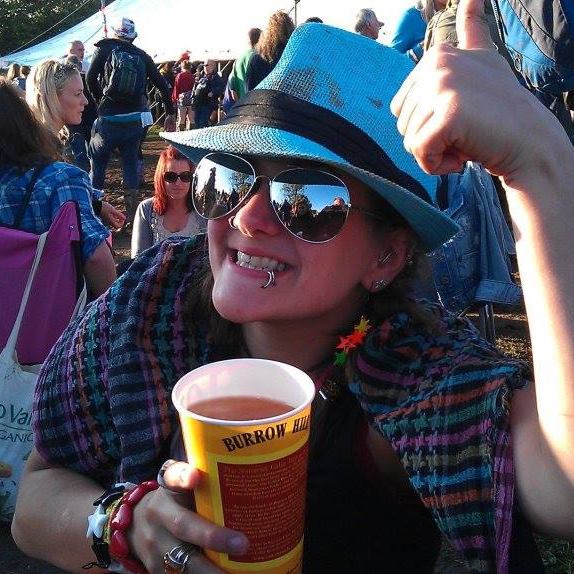 Do you have a Microsoft Band or other fitness tracker? What do you think, and what’s important to you for your wearables?

Find out more about the Microsoft Band and get yours at microsoft.com.