Now that 2013 is coming to a close I thought it was a good time to share some of my goals for next year. I love giving myself targets to work towards; not just in running and fitness but in life in general.

Because if we don’t have goals, where are we going?

I’ve got so much to look forward to next year (getting married and running my first marathon are at the top of the list) and I want to make 2014 my best year yet – in running, my career and personal life.

Apart from getting to the start line of Brighton Marathon and saving A LOT more money for Wedfest 2014 (which may mean spending less money on race entries and running kit!) there are a few PBs to chase over the next 12 months… 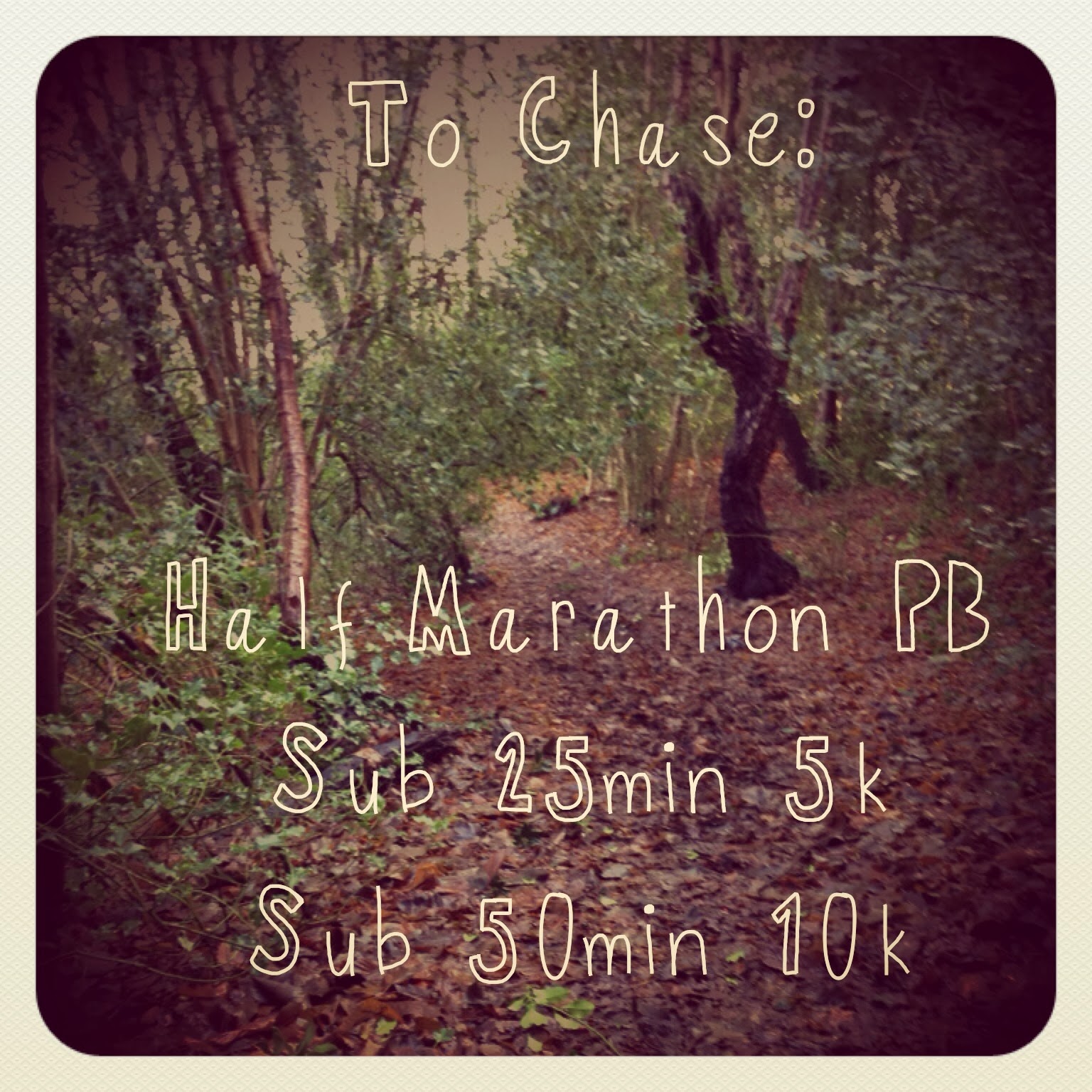 There are also lots of other things I want to learn and get good at that don’t involve pounding pavements but that may well make me a better runner/wife/present-giver at Christmas.

Behold, then, boys and girls, the new things I want to learn in the next 12 months: 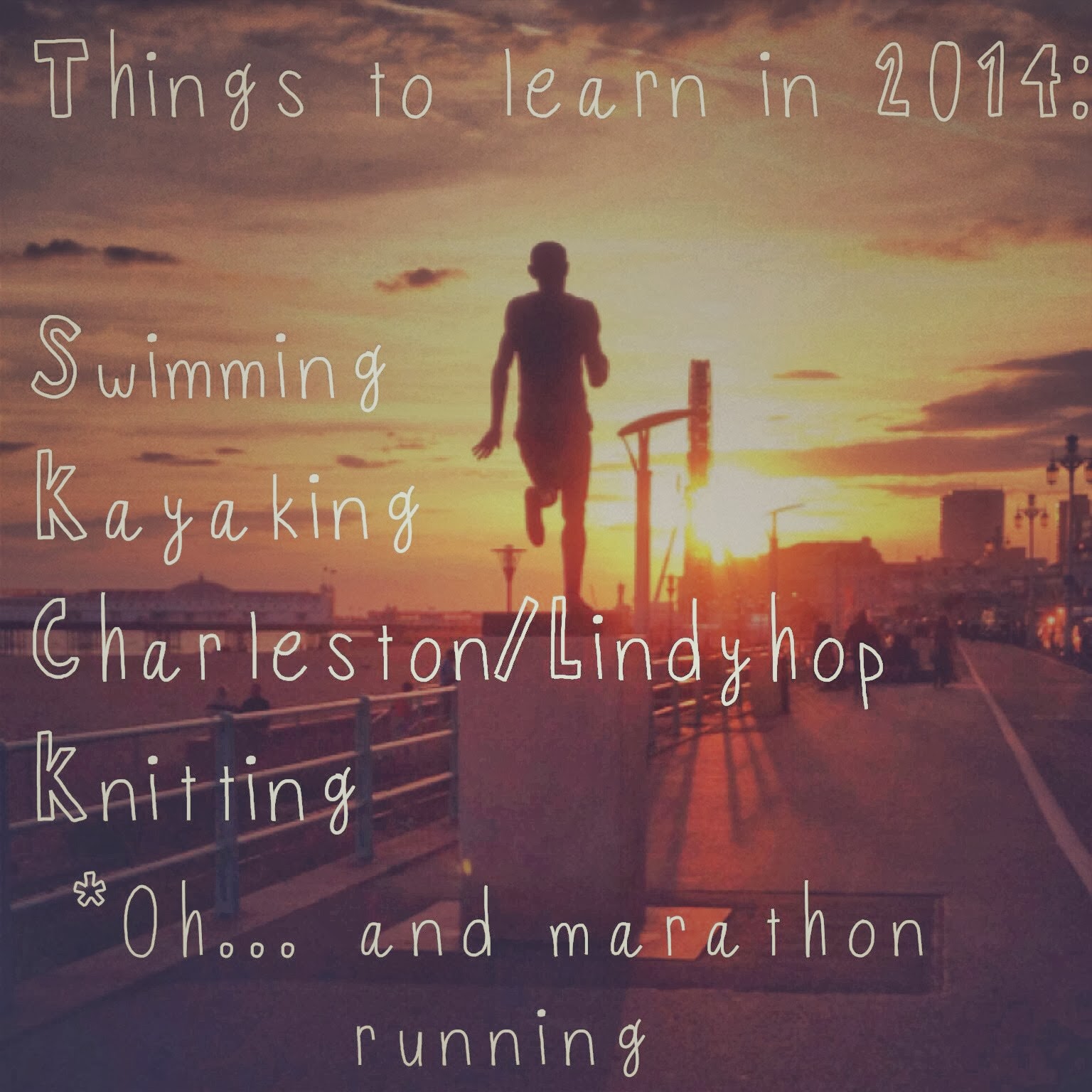 Now don’t get me wrong, I *can* swim, it’s just not pretty and I can only really do backstroke comfortably as I’m scared of water going up my nose/not being able to touch the floor. So I want to learn to swim and breathe properly, like a boss.

Not only will this open the door to triathlons for me, but will significantly reduce my fear of the water when sea kayaking. I joined a kayak club at the end of the summer with the boy but only went to a couple of sessions as the sea got too rough.

I’m doing pool sessions to learn to eskimo roll in January and am hoping to get over my fear of capsizing so I can join in on some of the river trips and sea paddles.

I also wanna do some trail running and get good at yoga – the latter will be taken care of during Charlie’s 21 Day Yoga Challenge, which I’ll blog about soon.

In addition to the above, there are a few lessons from 2013’s mistakes that I’m taking with me into the new year:

1) Keep up with physio exercises to strengthen knees.

2) NEVER run on painful knees again and listen to my body.

3) REST and RECOVERY is just as important as training.

And the last one, (which I know the boy will appreciate, so just in case I get a bit bogged down/obsessed with marathon training and forget everything else):

4) There is more to life than running.

What are your goals for next year, in fitness and life in general?