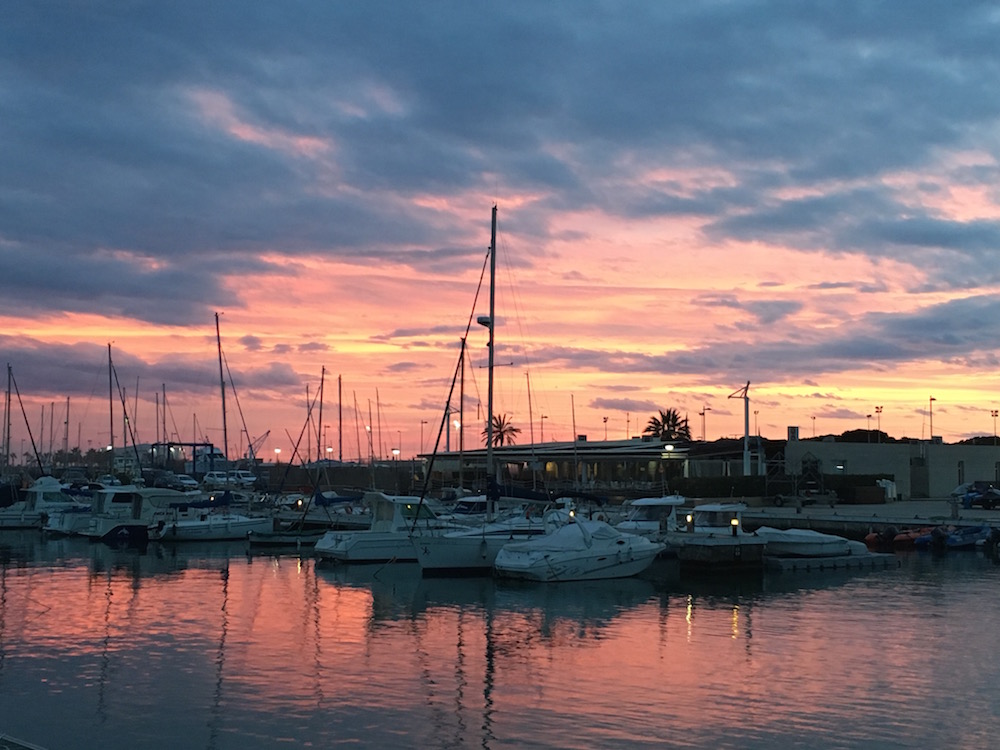 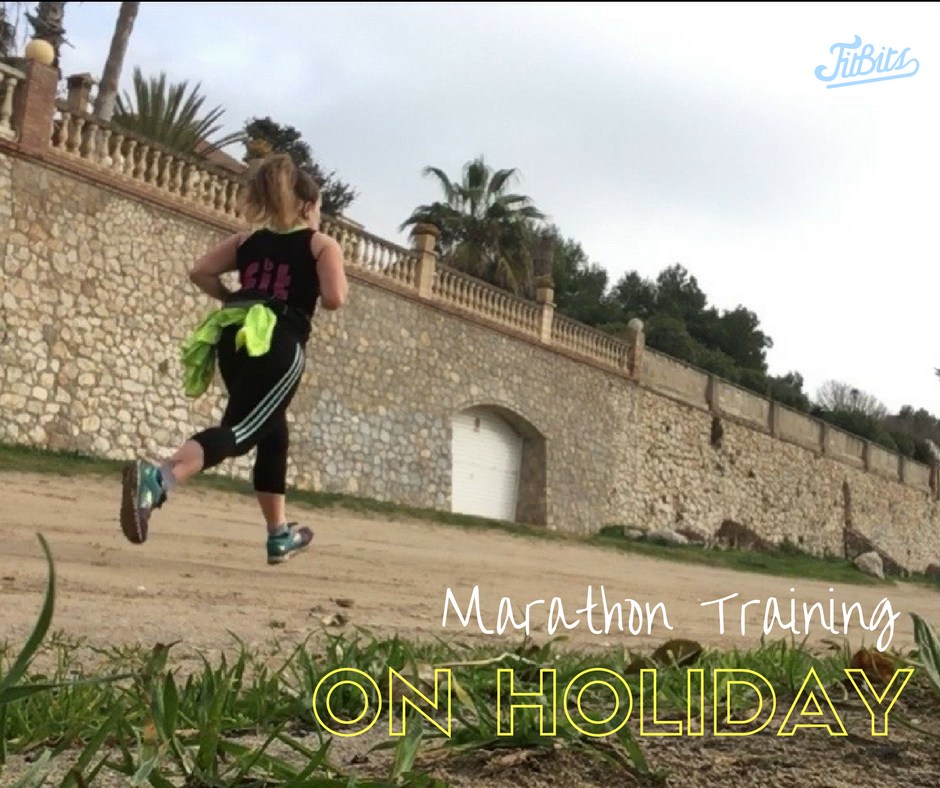 Training for a marathon while on holiday is hard work, and not always because you don’t want to run. If you’re a regular runner you’ll probably relish the thought of pulling on your trainers and heading out for a plod in a new place – it is, after all, the best way to discover somewhere new.

My trainers were the first thing I packed for our trip to Barcelona last week. 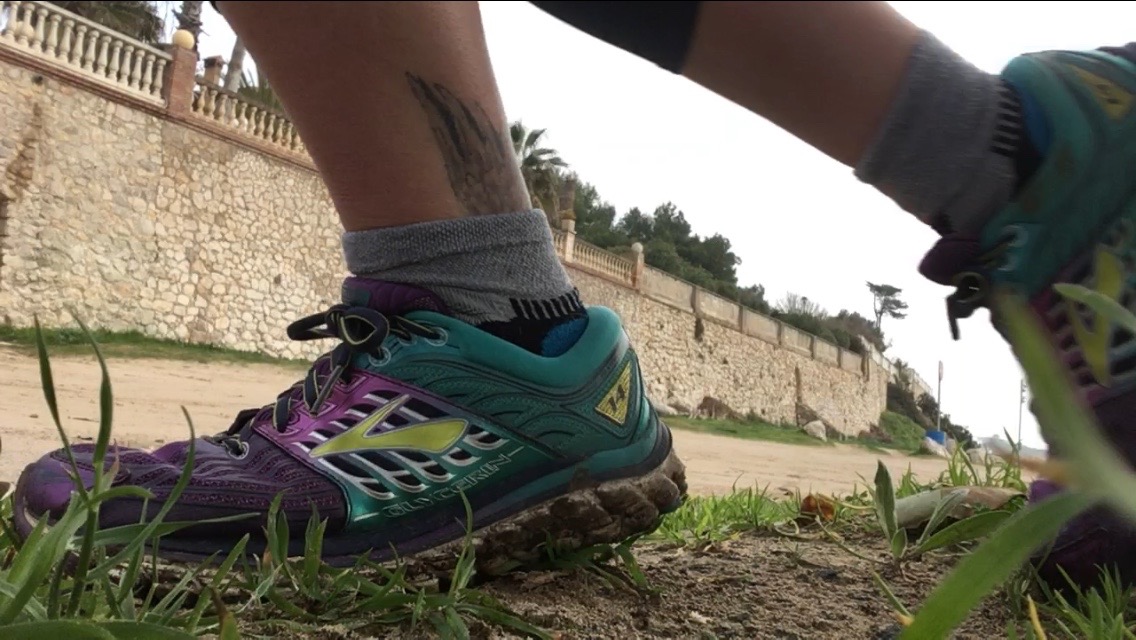 We were only there from Wednesday to Sunday and with flying time taken out, we only really had three full days to explore. We stayed with friends in Vilanova, a gorgeous seaside city about 30km from the centre of Barcelona, with beautiful narrow village-like streets spilling out into wide open squares made only for alfresco tapas, good coffee and wine. 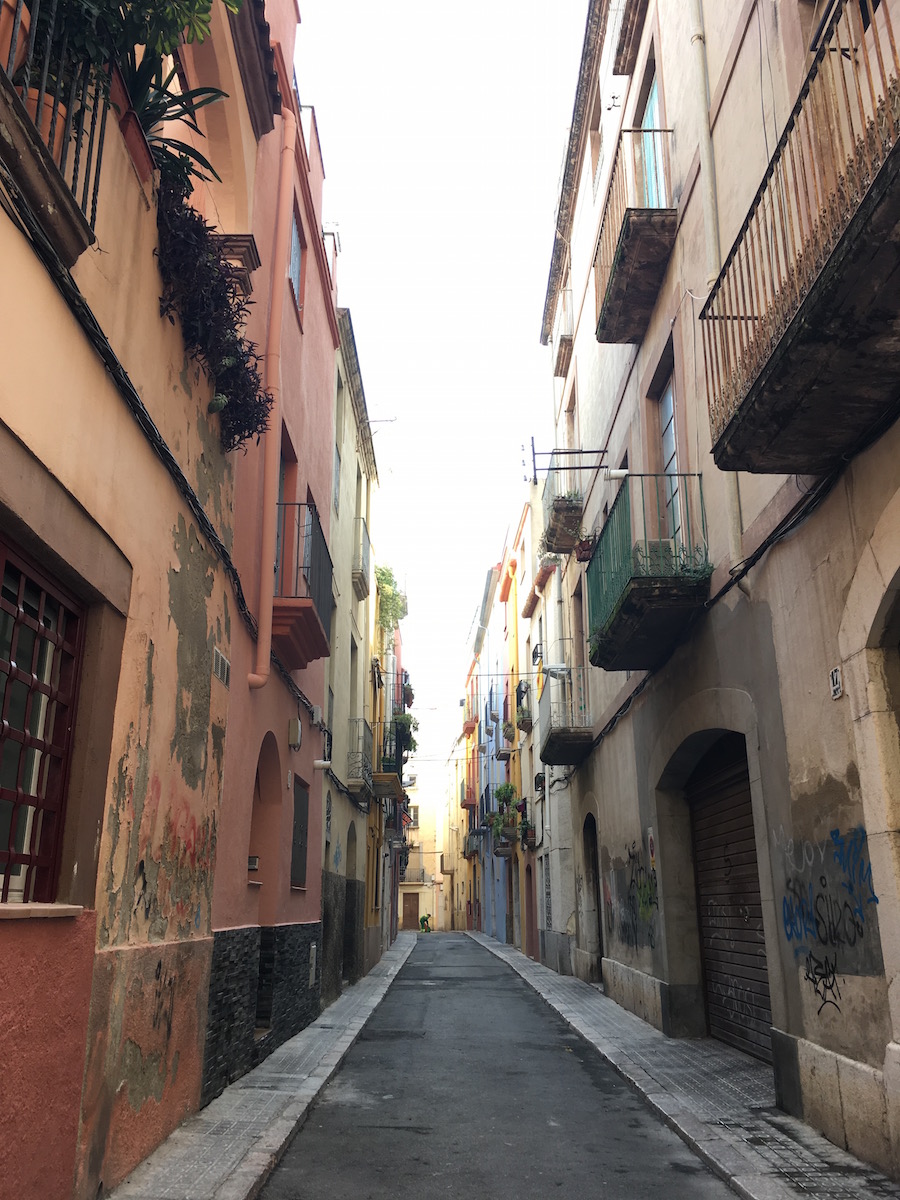 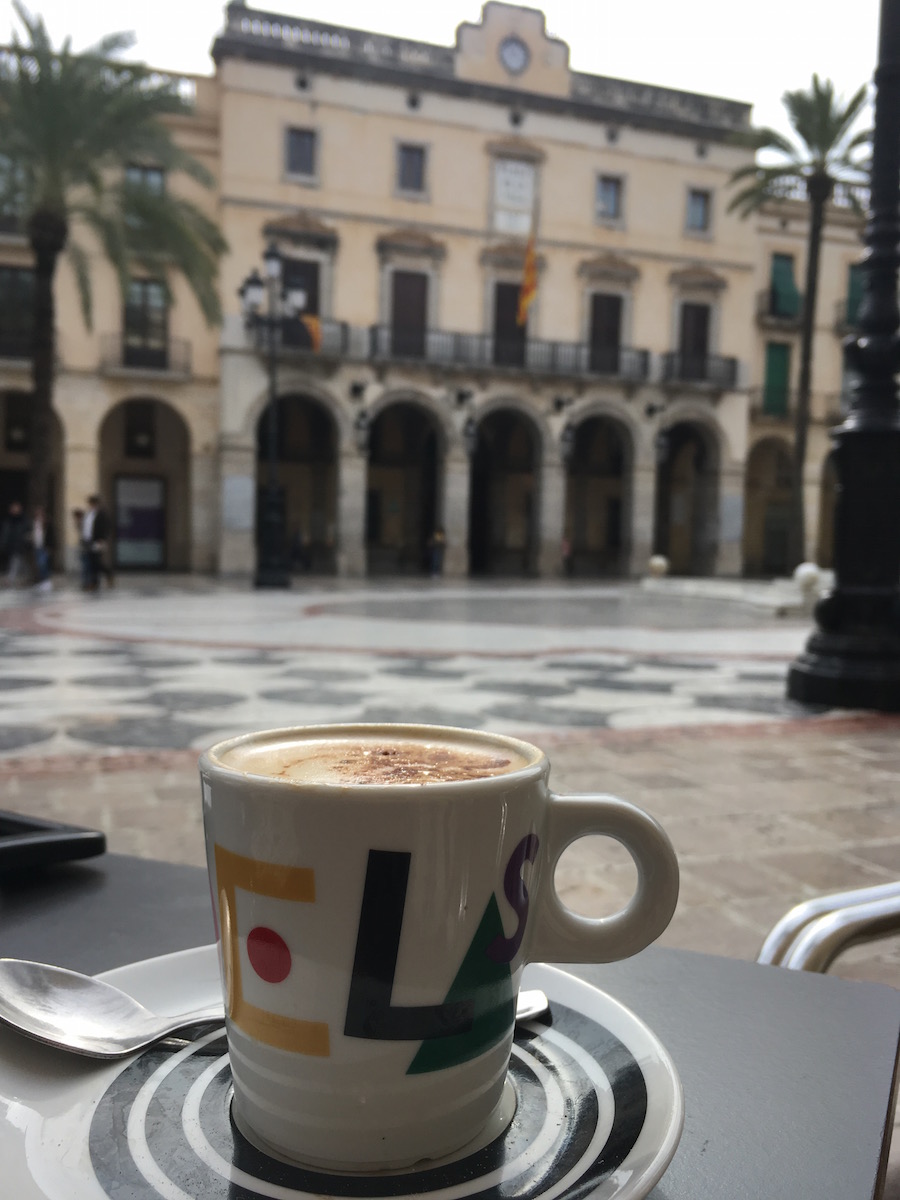 Of our three full days we spent two of them wandering the streets of Vilanova, practicing pigeon Spanish, with my A grade GCSE not serving me quite as well as I’d hoped until the last day when it finally started coming back to me.

The other day was spent exploring Barcelona city centre and waterfront, doing an excellent job of wine tasting and sampling the local cuisine. I wanted to run here but didn’t fancy a 40minute train ride in my running kit beforehand. 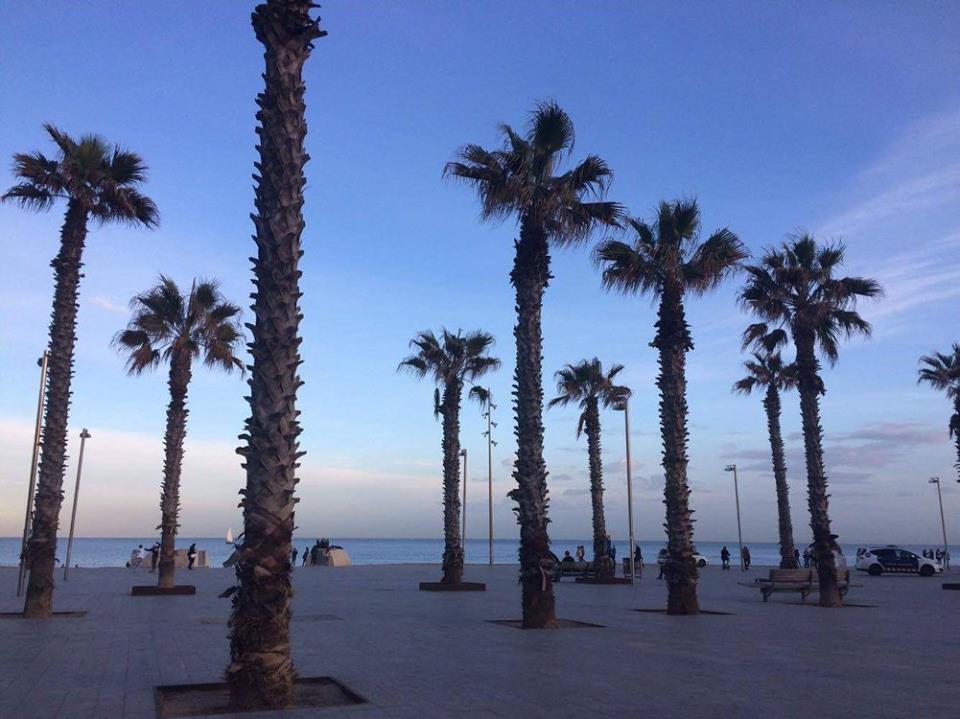 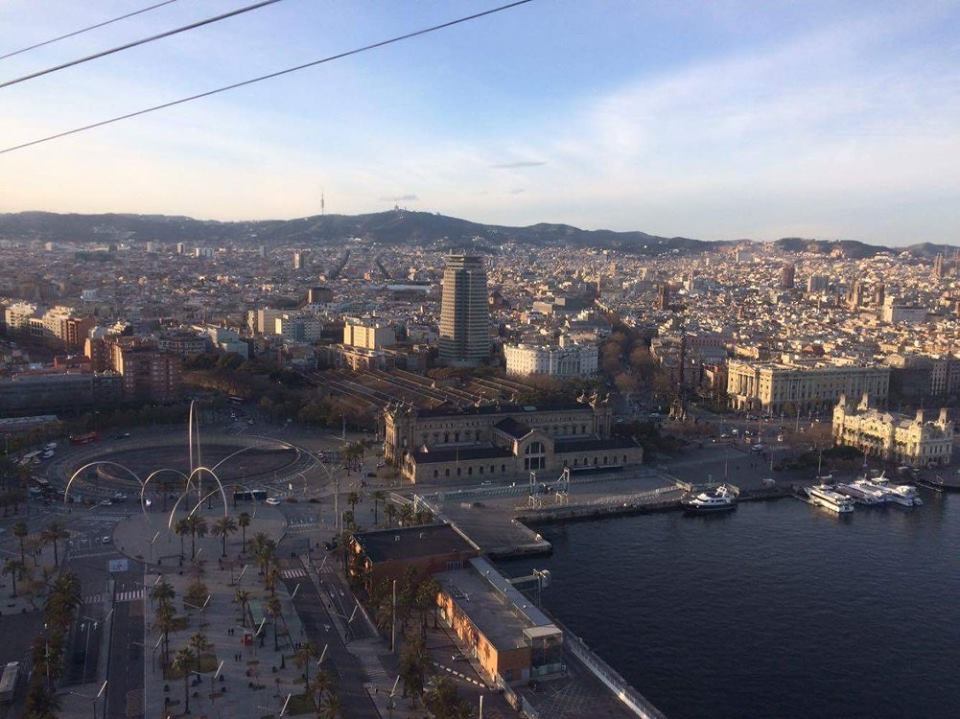 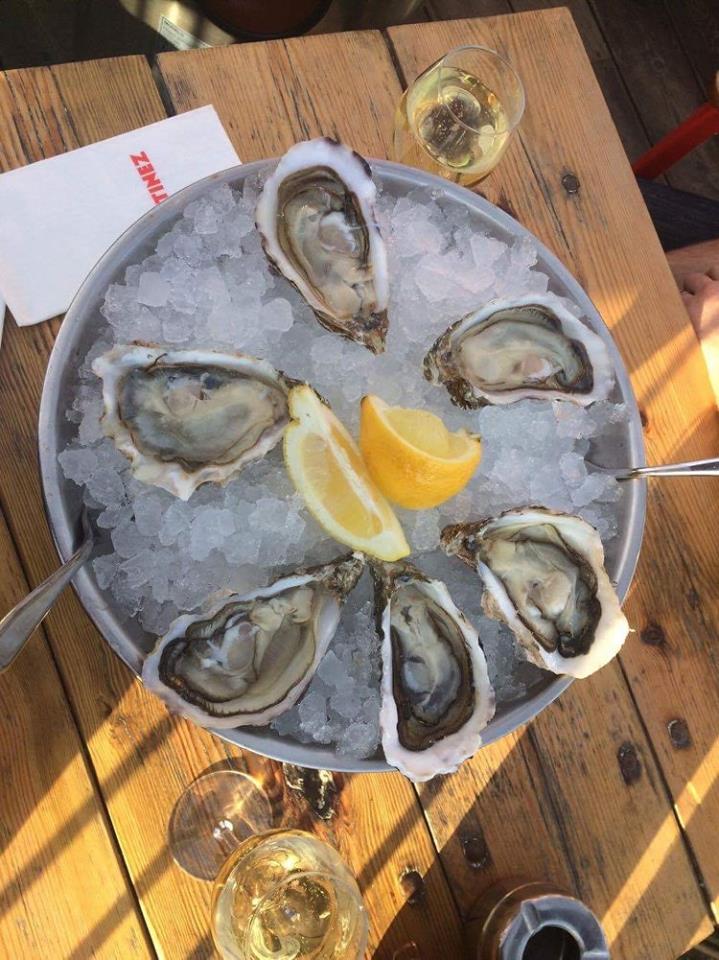 Instead I ran twice in Vilanova, once on Thursday, the day after we arrived, which ended up being a really stop-start orientation plod after hearing about the amazing rugged clifftop trail that takes you all the way to the next town, Sitges.

The second run of the trip was along this trail, next to the railway line that we came in on from the airport, winding in and out of the coastline like a snake. It was bloody beautiful, and quite possibly the most beautiful run I’ve ever done.

(That’s saying something – you know how much I love running in Brighton). 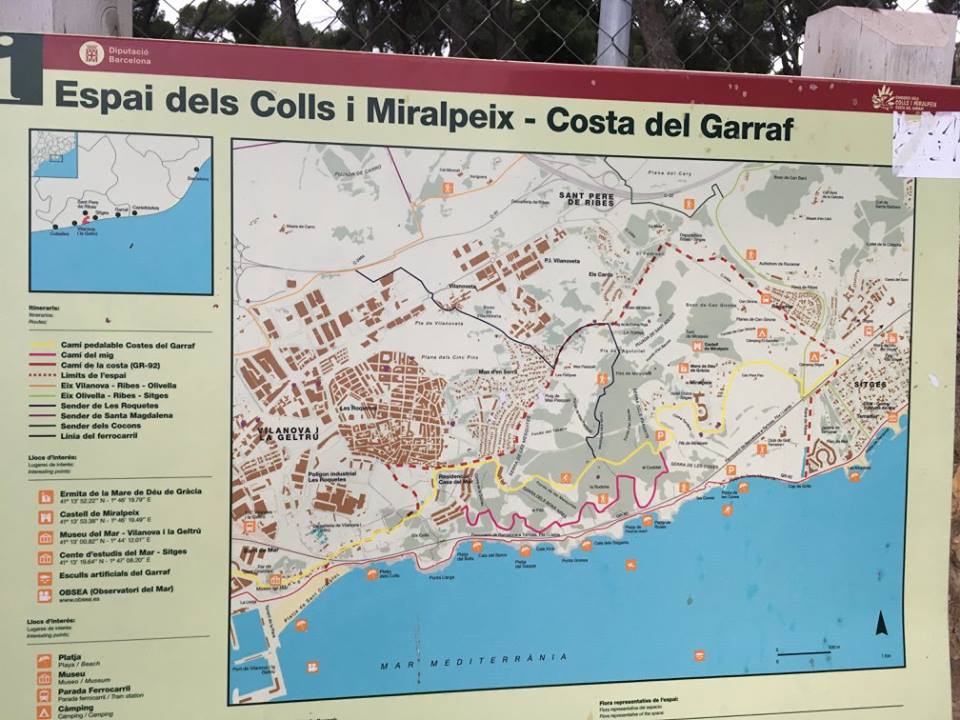 I stopped about 1000 times to take photos, check the map, and just look at where I was. It was meant to be a 2hr15 long slow run with 30mins marathon pace at the end, but there was no way I was doing that – this route had to be savoured.

That, and I forgot my rocktape so my knees wouldn’t have let me run for that long without pain. 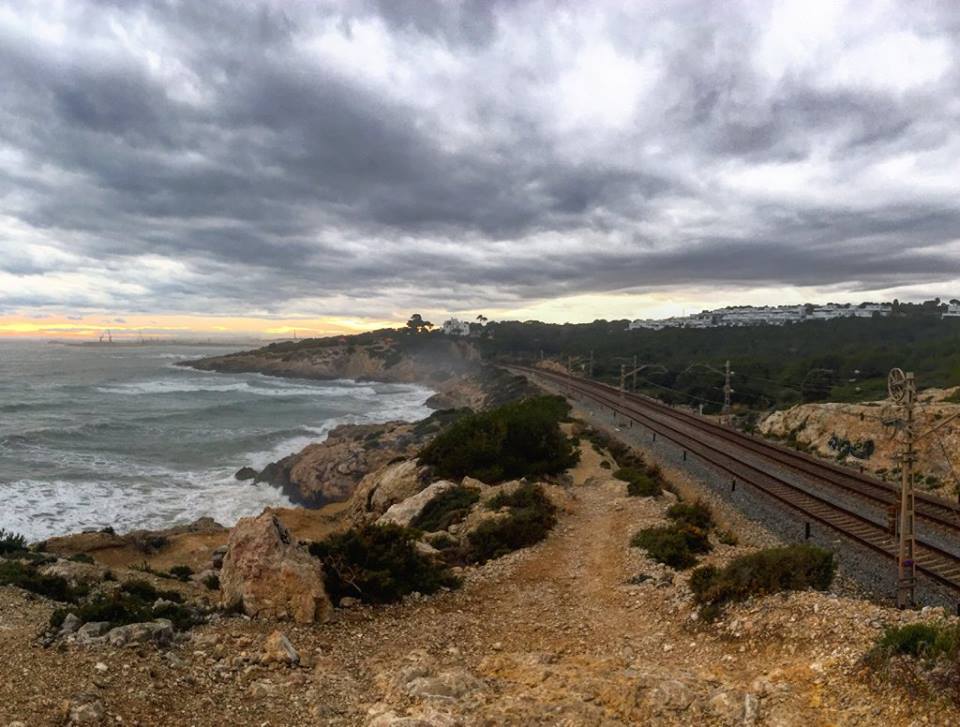 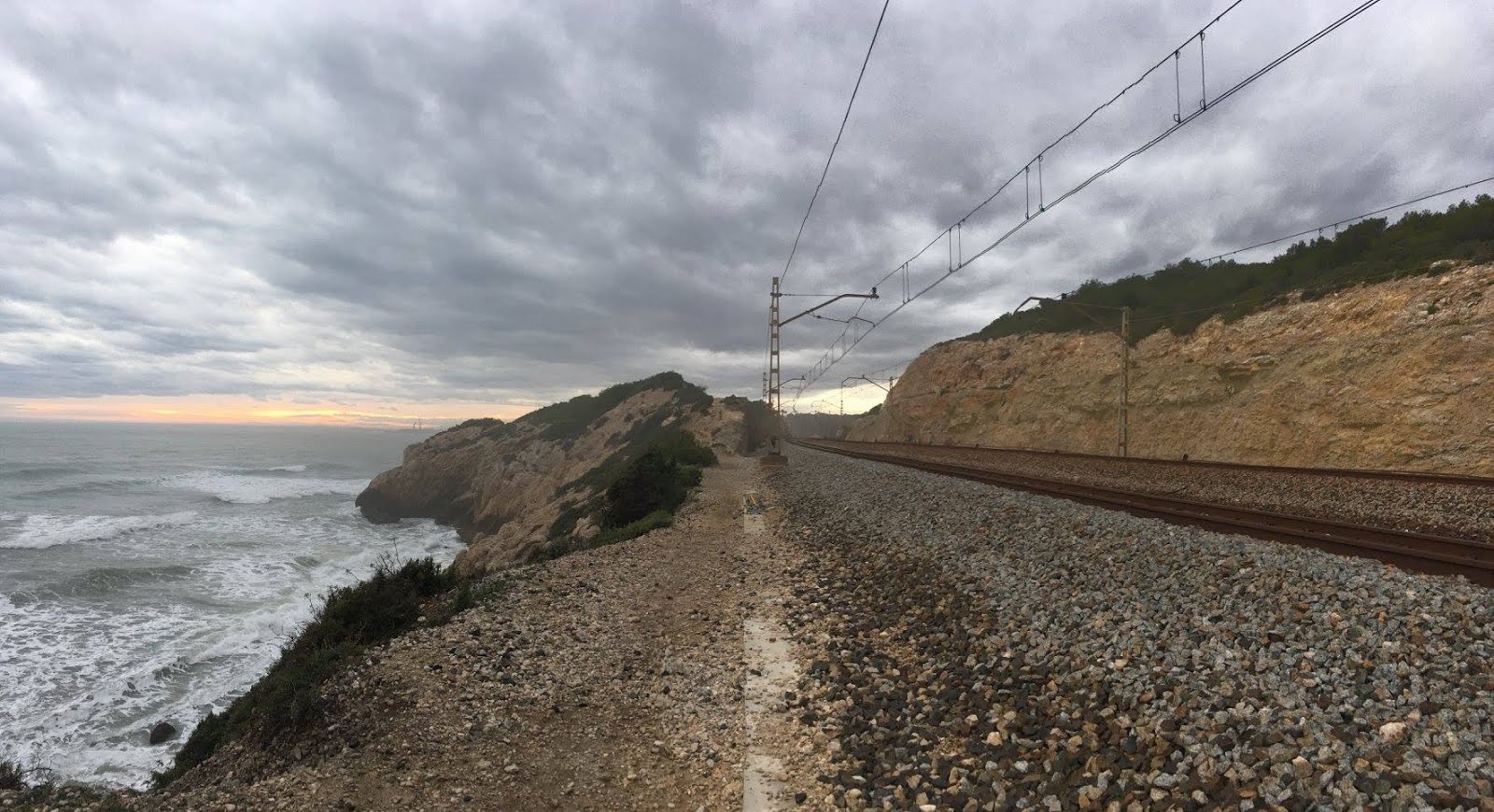 I didn’t go the whole 7miles (or km?!) to Sitges because the sun was going down and the trail was so near to the train tracks and cliff edge in places that I didn’t fancy walking back in the dark so reluctantly turned back after a while.
It was then that Vilanova trumped Brighton pretty bad in not only the rugged coastal route stakes, but also whipped its arse in the beachside sunset stakes too.

As I neared the end of the trail and took the winding wobbly steps down to the beach instead of the road I came in on, the sky had just started to turn blue with a haze of red and orange in the distance behind me.

I ran along the harbour and across to the other side of the beach to be treated to quite possibly the most beautiful sunset I’ve ever seen. My iPhone couldn’t do it justice, but my eyes saw it perfectly.

I floated home on a wave of endorphins, massive grin on my face and banging on about that run to anyone who would listen for the rest of the night. 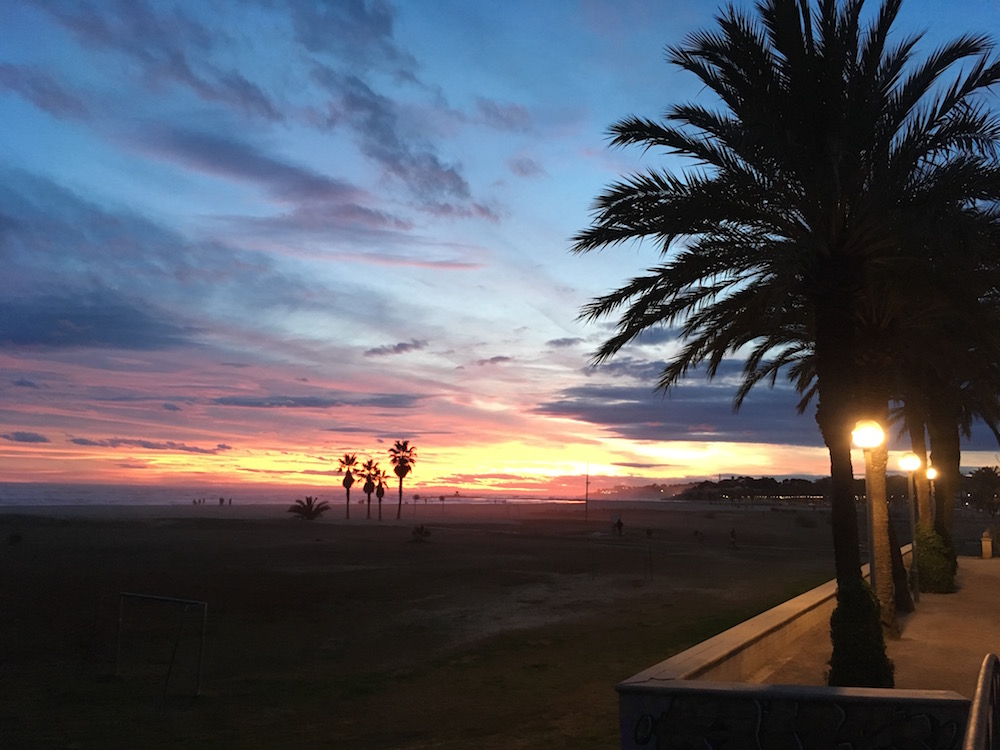 I’m telling you all of this to paint a picture of what marathon training when on holiday looked like for me. I had four runs on my plan last week – a threshold intervals session, progression run, continuous hills and long slow run of 2hrs15.

I packed my trainers because I knew I would run. I also knew I would spend time with friends and eat far too much food, drink lots of exceptionally good Spanish wine, discover the joy of Estrella, wander the streets and relearn a language, and do a perfectly adapted version of running that felt just right at the time.

It’s all about balance. You have to make your training fit around your life – not make it your life.

Do you run on holiday?