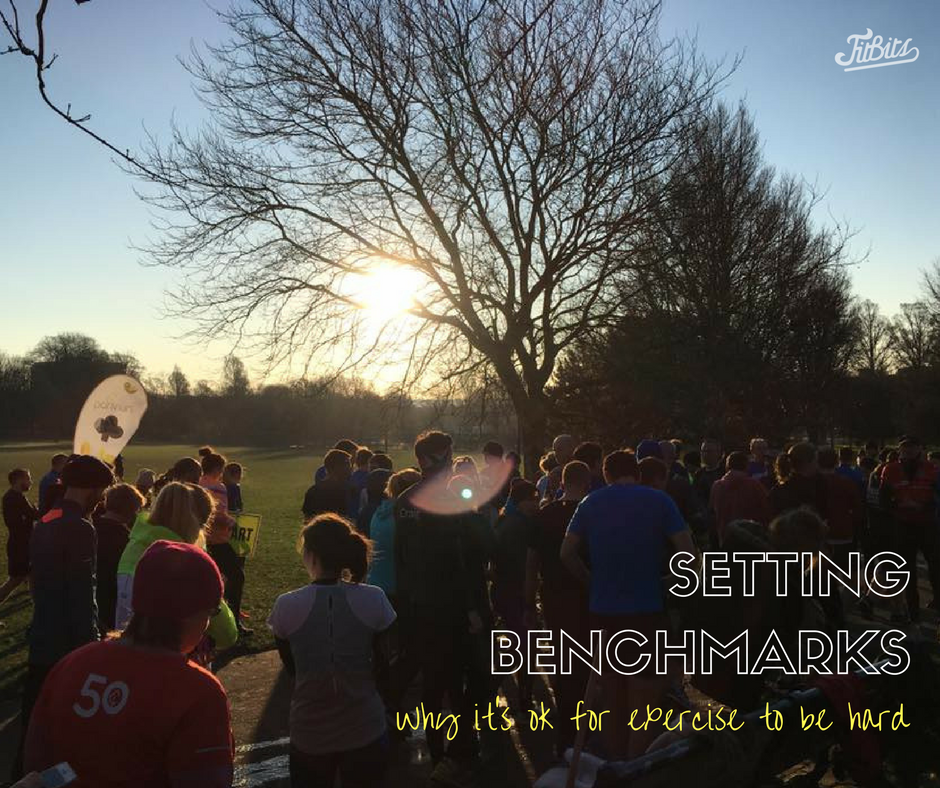 Today’s been a binge of all my favourite things: running, cycling, eating and now, writing. Some of which were very hard, others easy (foooooood), and all of them soon to be followed by sleeping, as we have a 2hr10 long run with the RunBrighton crew tomorrow. #prayfortess.

It kicked off with a freezing cold and very difficult parkrun, where I tried to keep up with the 27min pacer and failed miserably. The midweek runs on the marathon plan were easy pace this week but with some travelling for work meetings and my body being quite tired, I chose to go to yoga, the gym and to Zumba instead, for a bit of chill time and fun to pick me up.

Side note: I’m trying out MoveGB for access to hundreds of classes, gyms, fitness centres across the city and the yoga was part of this. Stay tuned for a post on what else I get upto on the membership and how it works!

So anyway, by this morning I was gagging to run, and having checked the weather the night before (a balmy zero degrees and gorgeous sunshine), was really excited for a gorgeous crisp winter’s day parkrun. I knew I’d be nowhere near my PB at the moment, but I was gonna try to run it fast anyway, so tagged along with the 27 pacer to see how it went.

In short: it went brilliantly for the first mile, and tits up at the third mile when I let him go as I just couldn’t keep up. My 5k PB is 25:58 from 2015 and I got into the 26’s that March but have been nowhere near since, mainly because I broke my bones last year so was out for a few months, but also because I haven’t tried hard enough.


A DATE WITH THE WHEELS 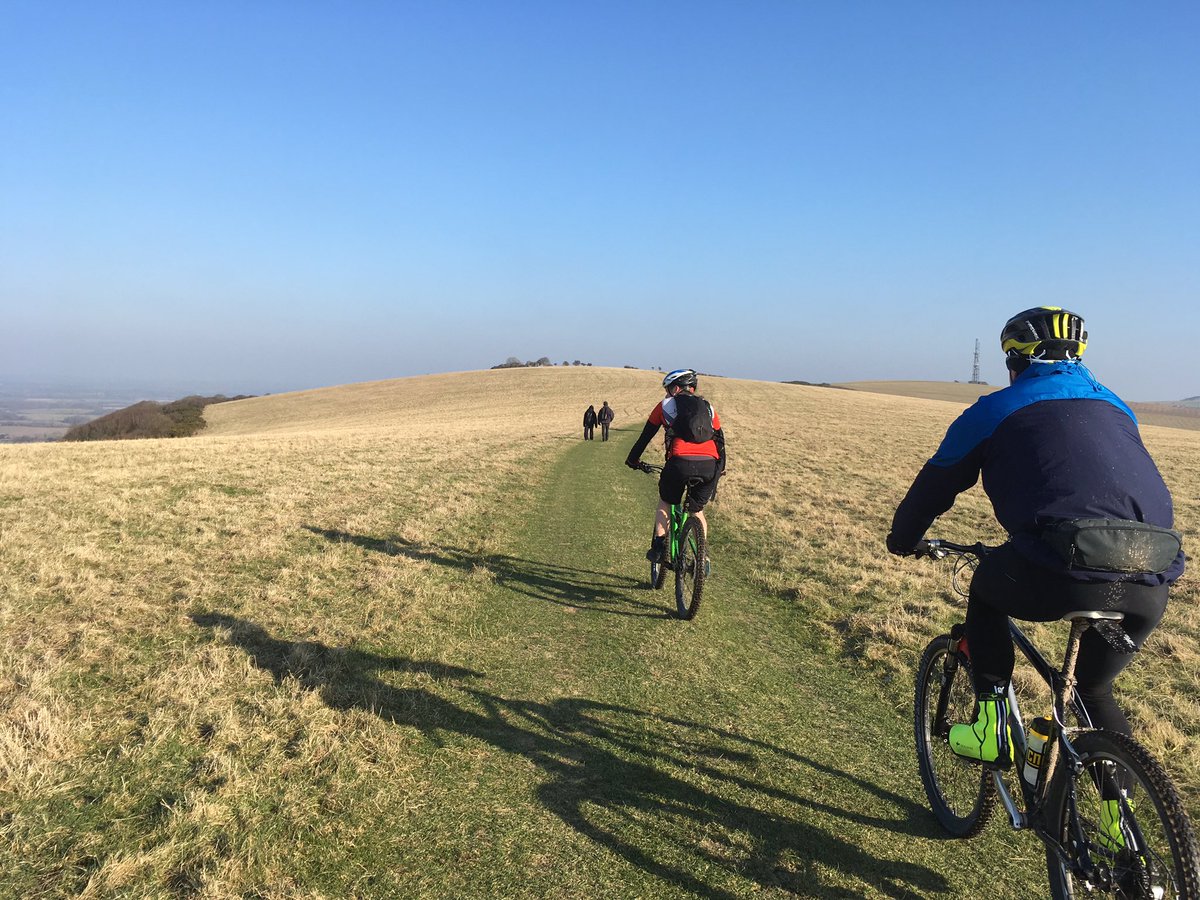 The ride was something I did out of impending FOMO if I didn’t get involved. I have this problem frequently. Chris was meeting his mate for a ride up on the Downs and on a day like today I couldn’t resist, I had to get back outside.

We drove to Newhaven and picked up the South Downs Way at quite possibly the biggest bastard hill in the history of the world – affectionately known as Cardiac Hill amongst locals. For those of you not aware, it’s the hill that takes you to the top of the Downs at Southease, just after the railway crossing if heading towards Eastbourne from Brighton.

I haven’t ridden up this hill in a long time, and it showed. We did a lot of South Downs Way riding at the end of the summer when I was back on the bike post-injury, but we came from Eastbourne to Brighton, so got to ride down it, not up.

Despite the puffing, panting, swearing and sweating, it did get done, and wasn’t toooooooo bad, until you get very nearly to the top and the gradient kicks up a few notches, just to punch you in the face a bit more.

Once we’d reached the top we were treated to gorgeous panoramic views of the South Downs, a carpet of undulating green against the clearest blue sky and crisp winter air. Bloody lovely it was. But hard work. I haven’t cycled much since starting marathon training, apart from my daily commute which is only a couple of miles each way, and I felt it. 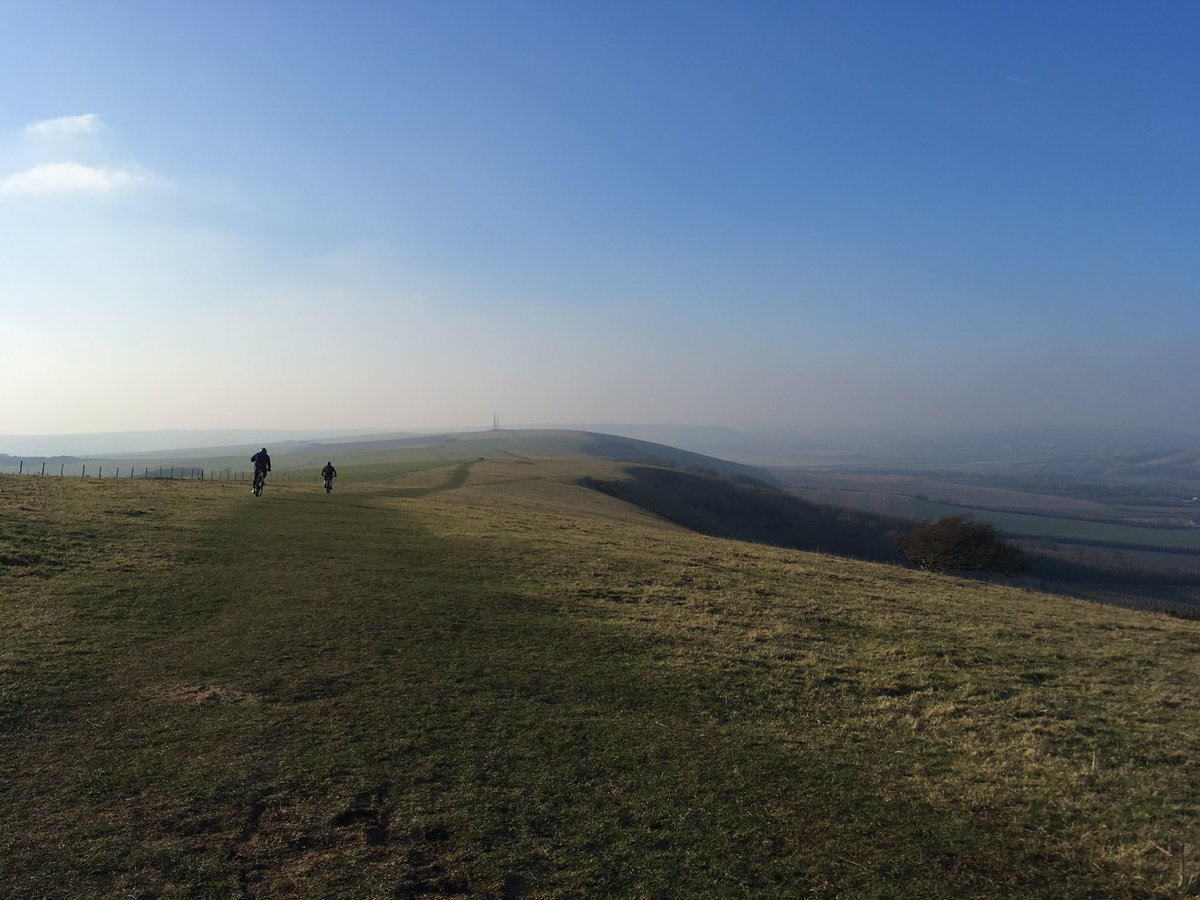 The hills just kept going, and I was dreaming of food and a nice hot bath for afters. I also had freezing cold feet, as always when I cycle in the winter. I’ve been saying for years that I need overshoes, but never actually get round to buying any so I’ll deffo get onto that pronto!

I might’ve muttered a few swear words on the climbs out of earshot of the boys who were ahead of me, but even though it was a really challenging ride, it was brilliant and I’m really glad I did it.

I’ve been putting off going for a long ride as been out of practice, and as with anything fitness-wise, you have to keep a good base or yes, it’s gonna be hard to get back into it. We’ve got the London Revolution and I’ve got Ride London this year, both deferred due to my broken collarbone, so we need to make sure we fit the rides in too. 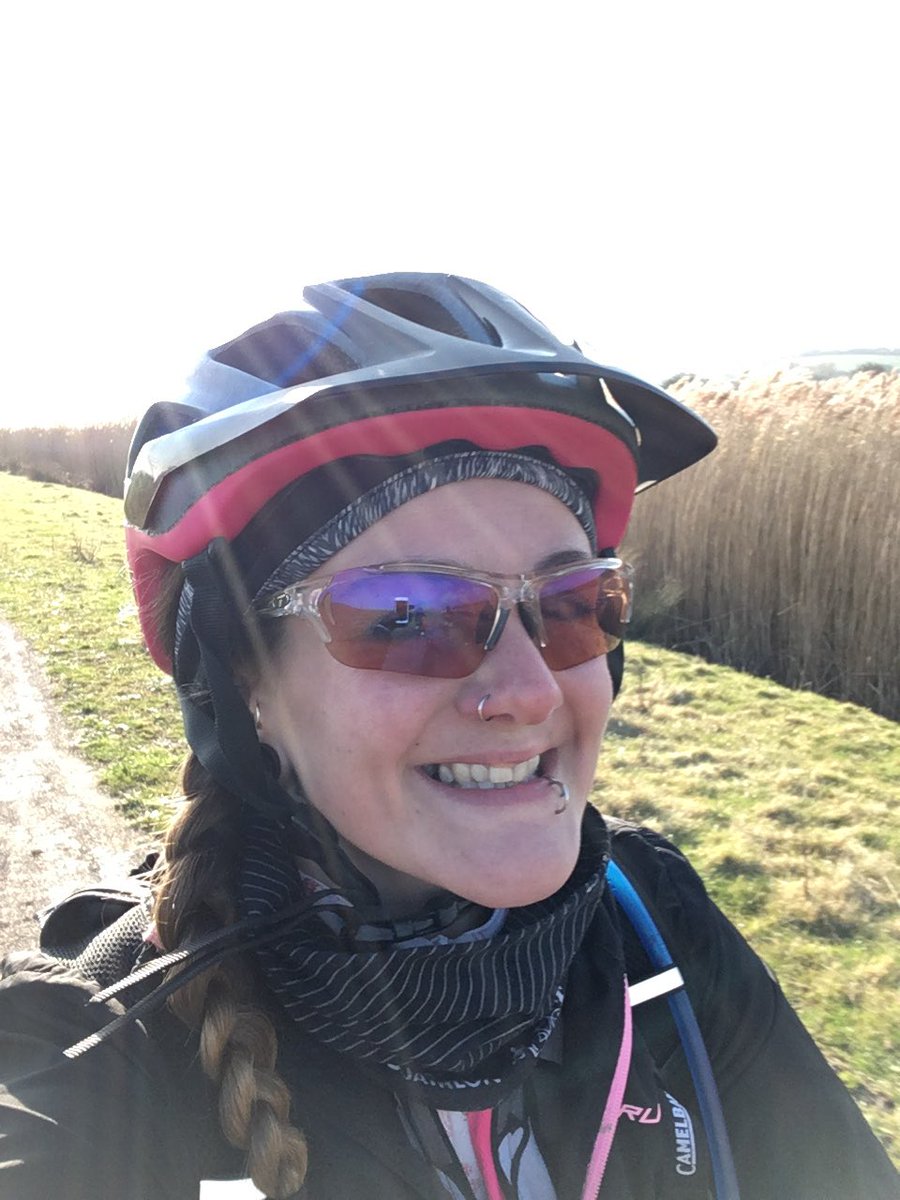 So this is another benchmark. Up to 15 self-contained mid-ride mutterings of ‘fucking hell’, ‘for fuck sake’,  ‘Jesus Christ’, ‘I’ve got a bloody long run tomorrow, what am I doing?’ etc. on the South Downs Way.

I’m hoping that after a few more weeks’ marathon training, Benchmark 1 (parkrun 28:00) will be something I can improve on as my running fitness increases. I normally peak around end of Feb / March, in time for a Brighton Half PB, so will have another go then, if not before.

Benchmark 2 (sweary ride up on the Downs) will be something I’ll work on over the coming weeks alongside marathon training and make sure I get out on the bike for a few more long rides, maybe fitting in some mid-length road rides before work, and on Saturdays when I fancy a break from running.

It’s OK for exercise to be hard, you’re only ever improving on yourself, and if it wasn’t challenging it wouldn’t make you feel so great.

Don’t be scared of that first ride, run or session back in the gym. Use it as a benchmark to progress from. The only way is up!

Or down, if, like me, afterwards, you collapse on the sofa for the rest of the day eating filth 🙂

What’s your benchmark you’re trying to improve on this year?