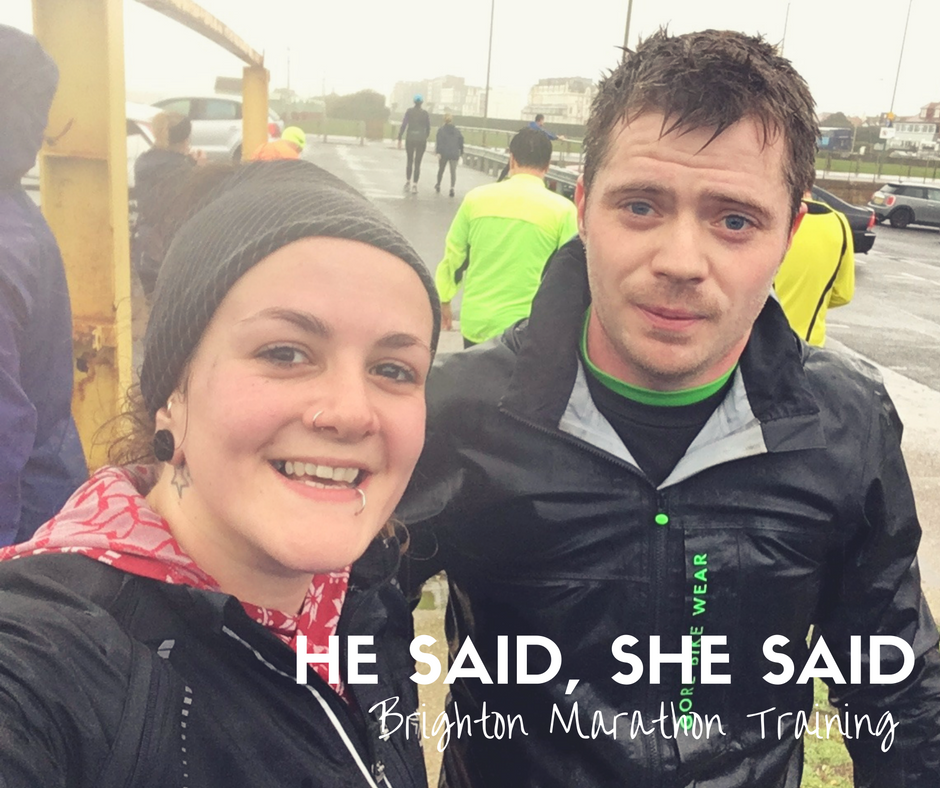 Time for the second instalment of He Said, She Said* – training for Brighton Marathon from two very different perspectives – me… a third-time ‘intermediate’ marathoner, and the hubs, Chris… a first-time speed demon about to discover the true potential I’ve been telling him he has for years.

*(maybe I should turn that title around seeing as my bit goes first?!)

It’s the first day of 2017, and the end of week two of 16 in the plan. We’ve started the year in the best possible way – running, chilling, eating. I’ve been in my pyjamas since I got out of the bath when we got back, and I fully intend every Sunday from this point onwards to happen in the same way.

I’ve always said this is what Sundays were made for!

Today’s run was in the worst rain I’ve ran in for a long time. It was cold, and relentless, and came down in buckets. And it was BRILLIANT. 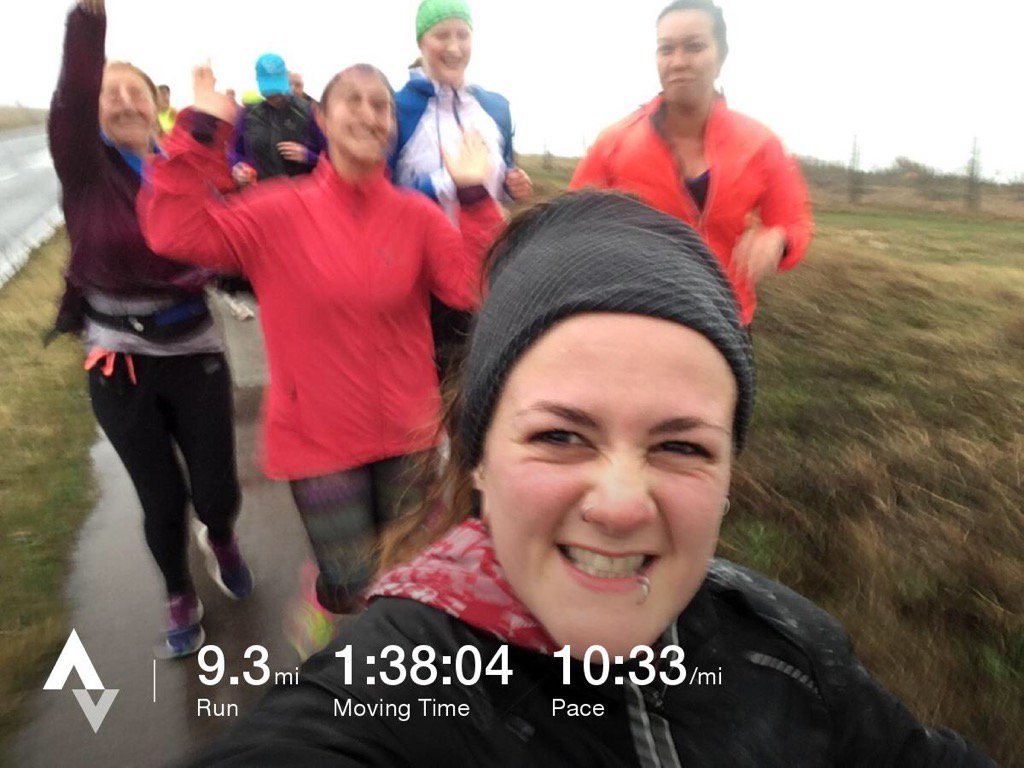 We both woke up hangover free after going to bed at 10pm (on New Year’s Eve – rock ‘n’ roll, guys), and the first thing Chris said was ‘I’m not really in the mood for this’.

Other cracking one-liners that came from him this morning when he realised the weather forecast:

“20 mph winds on the seafront… you’re joking?”
“Is it gonna stop raining?”
“What a miserable day for it”
“This is what we missed a NYE party for”

Ah, the joys of marathon training. He actually went on to do 12 miles in the time it took me to run nine and he loved it as much as I did so that’s alright then.

I never *choose* to run in the rain, but when I do I always love it. I would never look out the window and think, ‘oh I’d LOVE to get out there in that’, but when you have a group to meet and a plan to follow, you bloody well do it. It’s amazing what a bit of peer pressure and a marathon deadline does for your motivation.

Today, after a bit of moaning for the first 45 minutes, I finally got comfortable – thank God.

It’s been a good week of training, considering it’s still been the holidays and I’m still balancing running and PT sessions with a fair amount of bingeing on chocolate (trying to get rid of our stockpile – I’m giving the last two unopened boxes away so I can get on with my life).

I’ve been treated to some cracking sunsets and loved getting back to regular running.

On the plan were two strength and conditioning / cross training days, four runs and a rest day. I’ve not done the days in the right order and I’ve missed the hills session (bad Tess – won’t happen next week), but mostly, it got done:

It’ll be a lot easier to do all of the sessions when we’re back into a normal routine from Tuesday. I’ll probably do the same as I did last time round, and ride to the gym in the mornings, dump my stuff, do my runs outside and ride to work. Or, if I’m really organised and have enough time, use my IAMRUNBOX to incorporate the weekly sessions into a runcommute.

It’s just logistics of packing work clothes, lunch etc. and the faff of having a rucksack for intervals and a progression run, and I haven’t reminded myself what it’s like yet.

After Christmas Day we started the weekly sessions, with massive hangovers, lack of sleep and no real routine.
I did two out of three runs on the beginner plan plus all of the conditioning, but I’m disappointed that I missed the intervals run. I had to work that day (I’m a tree surgeon), and had four trees to climb on a bad night’s sleep so I chose work over running.

My body was tired and I’ve always been told, if you’re tired, rest is sometimes more beneficial.

I’m giving up alcohol for January so New Year’s Eve should’ve been a last chance binge on booze but instead me and Tess bummed about town and had a couple of drinks in the afternoon, before getting to bed at 10pm to get up early for our long run today.

I call that dedication to the cause!

It’s still very early stages, I haven’t done a full week’s training with the long run at the end of it because of Christmas, but I’m looking forward to settling into a routine this week when we go back to work.

There’s no choice of not doing it. It has to be done. If I don’t do it I’m letting myself and the people around me down who are sponsoring me. Also I get very stubborn so if I tell myself I’m gonna do something, I have to do it.

Today when we woke up it was pissing it down with 20mph winds on the seafront. I ran 12 miles in 1:39 with the RunBrighton group.

The out pace was very steady and comfortable, with the wind behind us, but at the turnaround we were bombarded with wind and rain all the way back, and we were off pace until we got back on the flat by the Marina.

It was really, really raining and by that time we all just wanted to get back so we increased the pace by a whole minute per mile which felt good but obviously we shouldn’t be doing it on the long runs… towards the end I was counting down the metres!
Back to work full time this week, just managed to work out how to set intervals on my TomTom, so let’s see how we go!