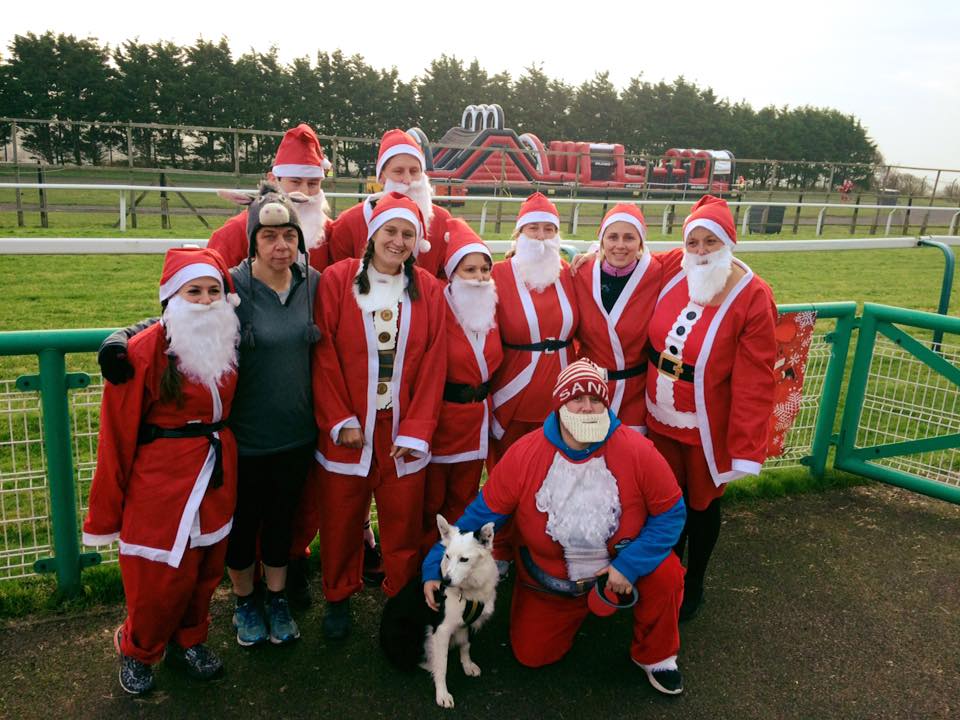 When the words ‘inflatable’ and ‘santa’ get combined with ‘5k’, it doesn’t take a genius to work out that it’s probably gonna be a LOT OF FUN.

And alright I know it’s still November but I also know that some people have already got their Christmas trees up, and Brighton’s Christmas lights are already in place so don’t look at me with your Bah Humbug vibes 🙂 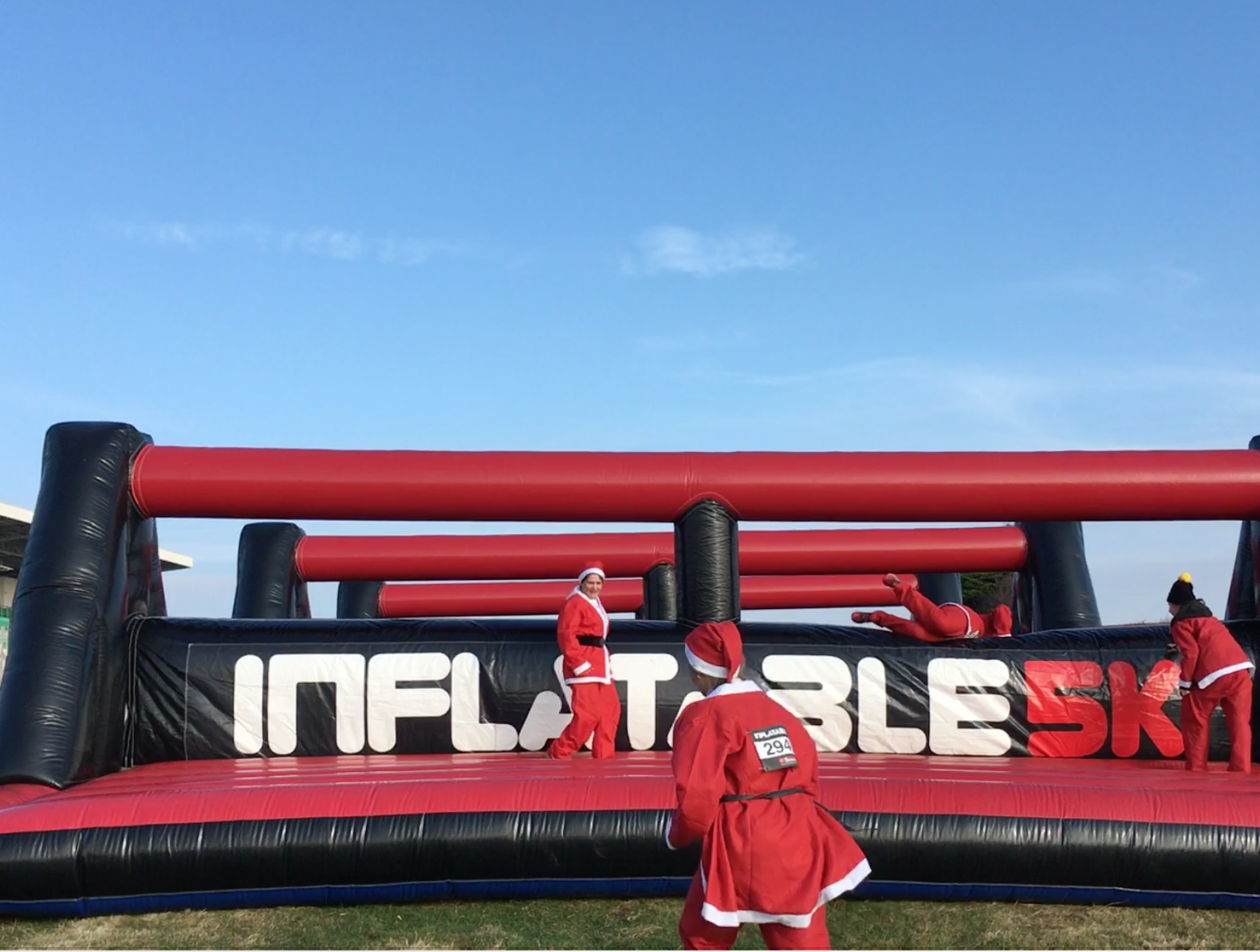 Do  you remember the pure joy you used to feel as a kid when let loose in the soft play? When your mate had their birthday party at Jungle Tumble (Hastings kids will remember this institution) and you gorged on fish fingers, chips and party food afterwards.

There were no fish fingers after the Inflatable Santa Run but there were free chocolate milkshakes, a medal, t shirt and smiles all round.

There were ten giant obstacles to bounce, flip and boing our way around the 5k course – including one called the Leap of Faith at the end – a 5m(?) jump into a perfectly safe pillow of 100% safeness but which nonetheless turned me into a screaming terrified child as per exhibit a) below.

After a lot of deliberation and faffing about, letting far too many fearless kids go before me to show me how to be a grown up, I was finally about to go (maybe) and I BLOODY SLIPPED didn’t I.

I slipped and it proper shit me up. 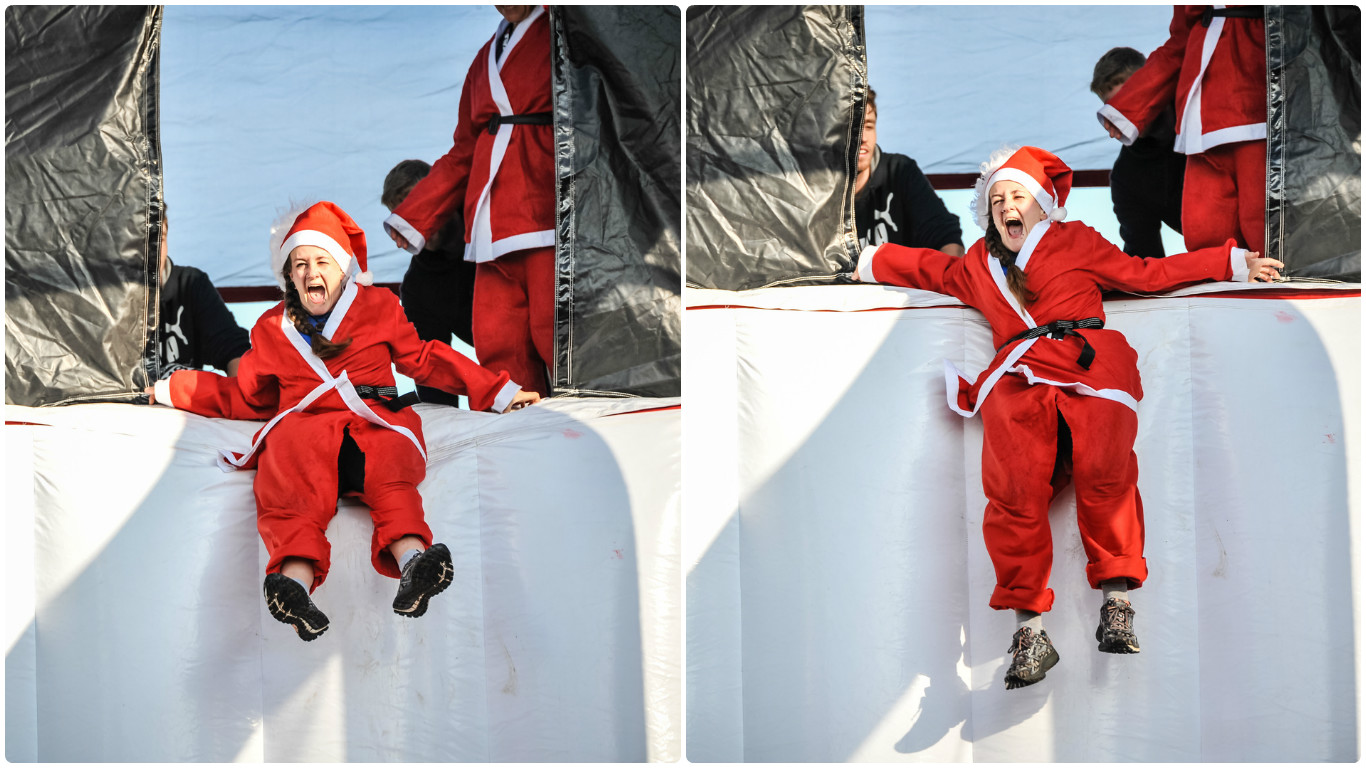 But hey. I made it to the bottom (This Girl Can innit), and we all love a good photo, don’t we.

UK Running Events put on various inflatable 5ks and fun runs across the country (including one other Santa Run in Ipswich on December 3rd. GO GO GO!

Disclaimer: I got a last minute free place as a friend couldn’t do it. All representations of terrified toddlers in fancy dress my own 🙂

Have you ever done an inflatable 5k?