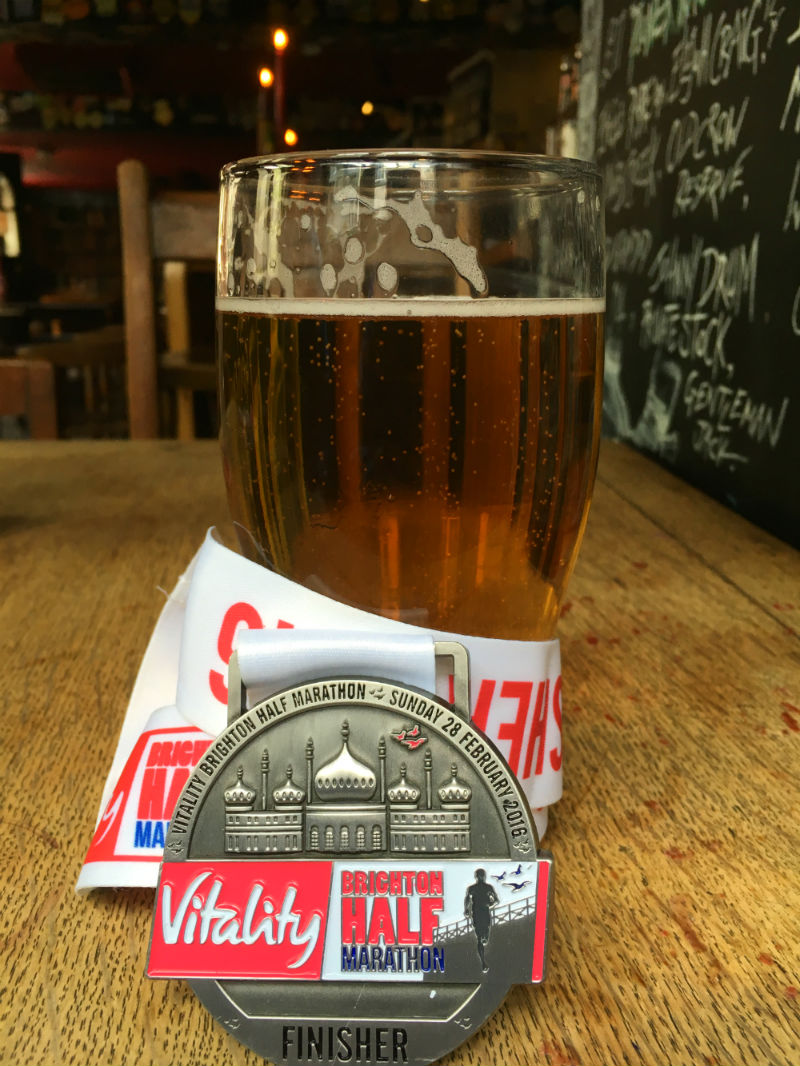 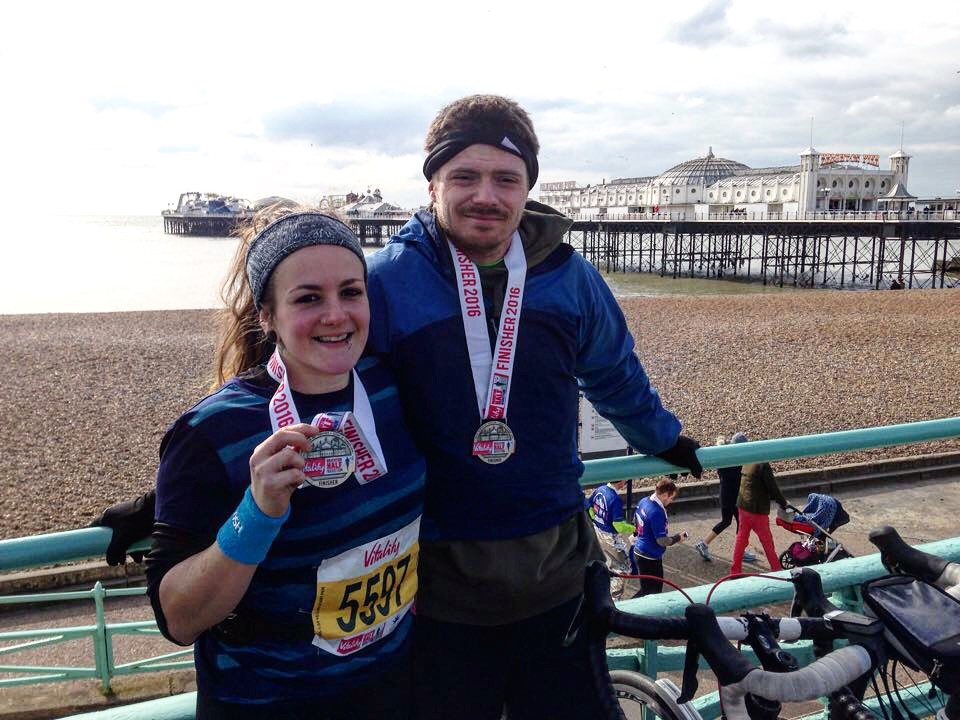 Just get up and run.

Just lay your kit out, wake up, eat breakfast and go run.

Last Sunday was the most relaxed I’ve ever been about a race, and conversely the least prepared. I started the year with three things to simultaneously train for throughout January and February – the half, my fight, and the Swimathon.

As you might’ve guessed from the lack of blog posts and swimming/running updates, life has taken over and priorities changed. My focus has been on the boxing, three or four sessions a week for the past five weeks, and I’ve thrown a few token runs in between.

Granted, those token runs have been of good quality – fast 10ks, parkruns and early morning interval sessions – but I never ran long, only running eight or so miles maybe once or twice in total. 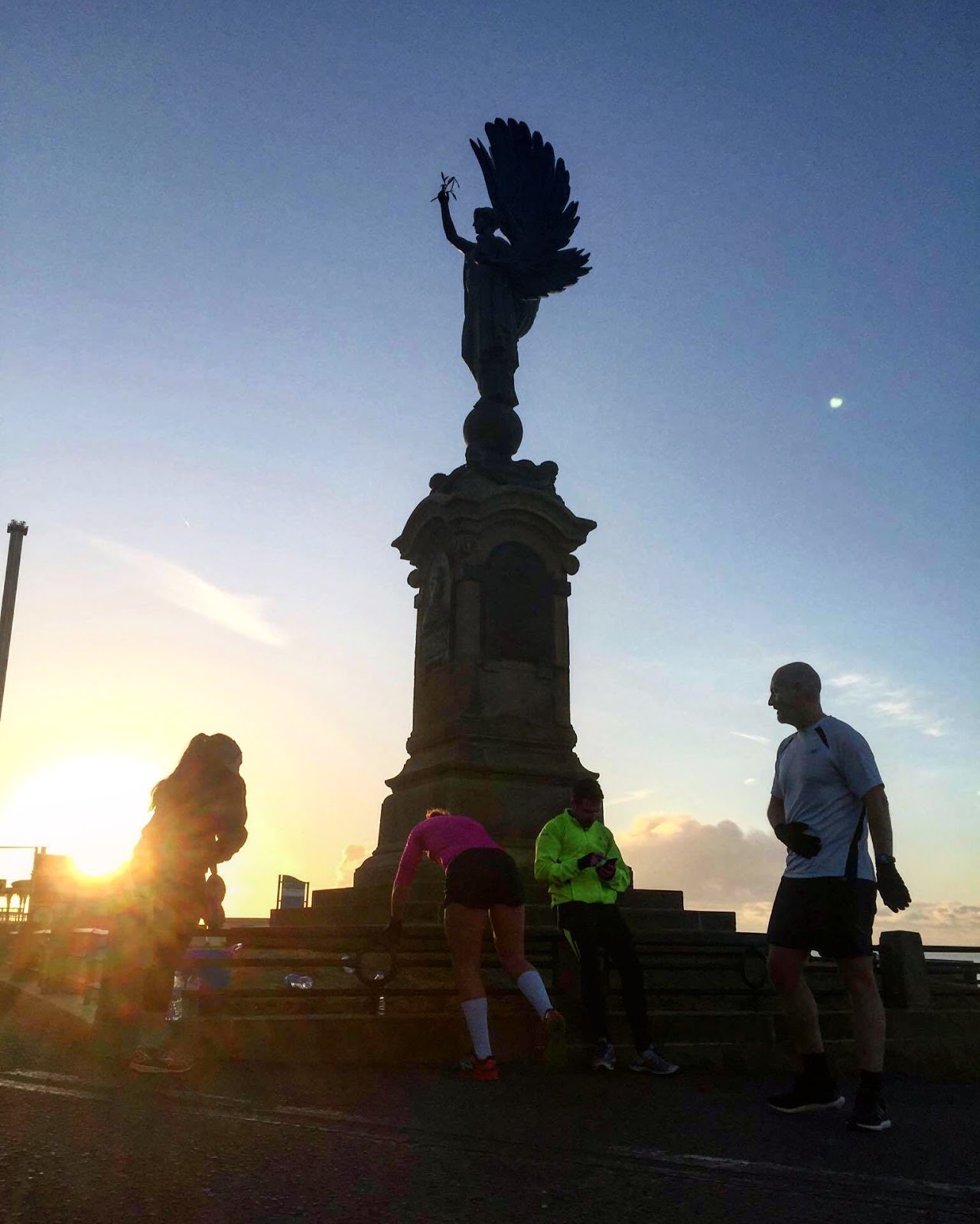 So as race day approached I was in unchartered territory. Yes I was boxing fit, but was I running fit? I hadn’t ran 13 miles since last year, and only ran a maximum of two or three runs a week since Christmas, some weeks with no running at all.

Hubs assured me I’d be fine and to just shut up and run. He’s one of those people who turns up and smashes it on no training the morning after a few beers. (He bagged a 5 min PB this year too, coming in just under 1:38, the bastard).

I decided to park my sub-2 goal as I felt I wasn’t trained enough, and was prepared to run/walk if needed to get me to the finish. I didn’t wanna be a slave to my watch so put it in my running belt instead of wearing it, that way I’d still earn my Vitality points but not get pissed off with myself for being slow.

That’s just it though. I wasn’t slow. I was 30 seconds away from my PB, and just under three minutes short of my original sub-2 goal so I definitely could’ve got a sub-2 after all.

Running on feel is a terrifying thing if you’re a slave to technology like me. I’d already got to the start line having not meticulously followed a training plan, and now I was about to just go out and run a half marathon without worrying about a time, and just, oh, I dunno, enjoy it, like a right proper mentalist.

How would I know what pace I was doing?

Would I know if I was going too fast?

How would I know if I couldn’t sustain this pace to the end?

Er… that thing called your body? Yeah it’ll tell you.

And that’s the thing isn’t it. Running on feel is just so much nicer. Not worrying about a time, no checking your watch every five minutes, no getting pissed off or trying to do maths en route to calculate finishing times.

If you want to slow down, run slower. If you feel like you can up it a bit – increase your pace. Simple as that. As brilliant as it is and despite the revolution that technology has brought to running as a mass participation sport, sometimes it’s nice to just switch off.

Stop drowning in stats, gadgets, apps etc., pull on your (sexy new) trainers*, leave your expectations and pressures behind and just go for a run.

This year’s Brighton Half was as brilliant as ever, with perfect weather, great support, top bling, and of course, the annual post-race reward. This year we got a great technical tee too – and they even had right down to Extra Small! (Well done Vitality).

But for the first time in the four years I’ve run it, Brighton Half wasn’t a PB this year. 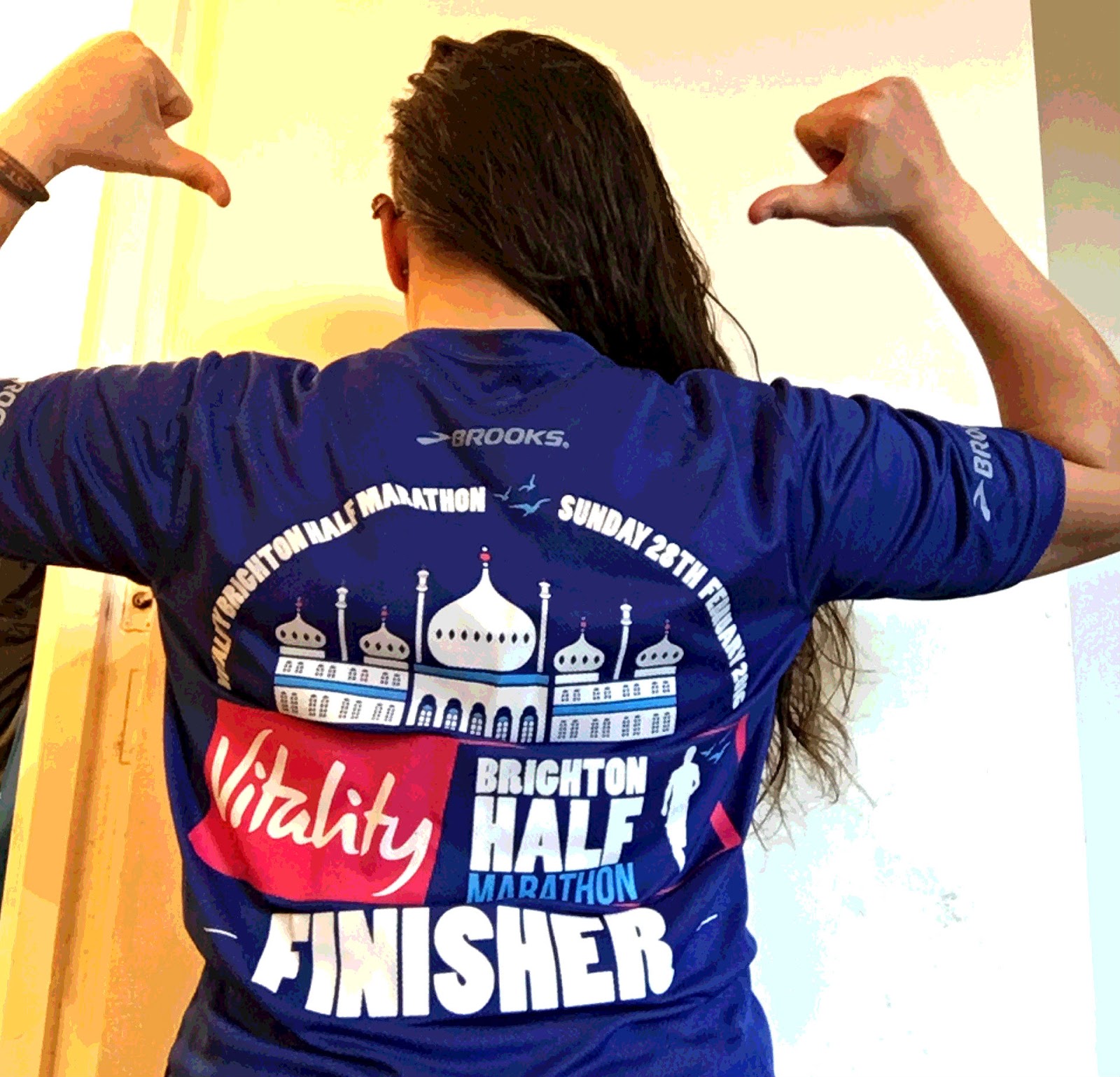 *Brooks provided me these sexy new Glycerin 13s along with the kit I wore to race in. Will do a proper write up of it once I’ve tested it out a bit more.

**If you want to read about my Brighton Half PBs from past years, head to: