There are so many reasons to run a marathon, or get into running at all. To prove to others and yourself that you can do it, to lose weight, get fit and strong, to build the physical and mental strength needed to chase that amazing finish line high, and of course to take on a personal challenge to raise much-needed awareness and funds for a charity or cause close to your heart. 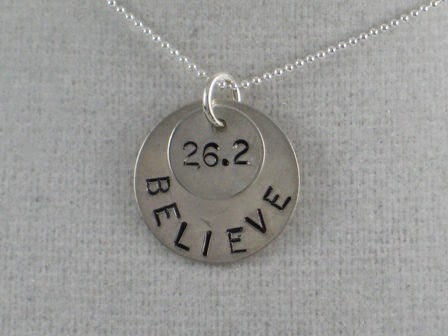 I ran this year’s Brighton Marathon for Mind and Cancer Research as I’ve had many people in my life affected (some cruelly taken) by mental health and cancer. I ran alongside people dressed as firemen, sumo wrestlers, a storm trooper, a rhino, a tiger, a pair of tits and a telephone (for the Samaritans – the telephone that is, not the tits).

A marathon’s hard enough as it is without carrying or pushing extra weight or running in bulky, awkward fancy dress costumes for hours on end. Massive kudos to those with the discipline and mental strength to plough through so valiantly when everything hurts, all to raise money and awareness for a cause so close to them.

I wanted to share the stories of a couple of amazing runners I’ve had the pleasure to run alongside in beautiful Brighton, either for the Half Marathon in February or the full Marathon last weekend. Two of these guys are running tomorrow at London so keep an eye out and if you see them give them an extra cheer – they deserve it.

I first saw this guy at the half in February, pushing a man in a wheelchair the whole way around the course. Turns out the man in the wheelchair was his uncle, and he’s been pushing him around races for a while now, so he can still enjoy racing even though he’s no longer able to himself. I asked Chris to tell me a bit about why he does it and what it means to him and his uncle to race together. 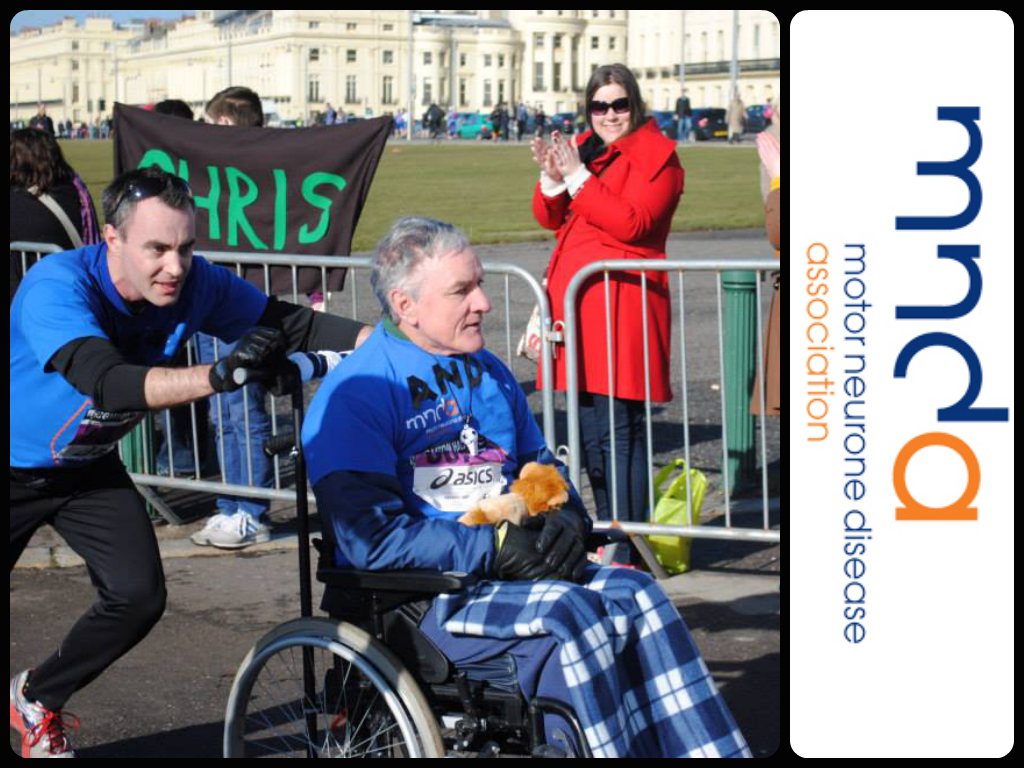 Losing someone or something precious seems to be a trigger for many people to start running. I ran my first marathon in London in 2007 after I lost four members of my family in a year and my best friend to cancer. Running helped me get through and beyond my grief.

My uncle Andrew was a big encouragement to me as I prepared, he ran 40 marathons (including that same one in 2007) but in 2011 he was diagnosed with Motor Neurone Disease, a terminal muscle wasting illness.

From the onset, life span is expected to be two-to-five years. One night it struck me that although he couldn’t run anymore, not even for a bus, he could still race if I pushed him, in his NHS wheelchair. We did Brighton Marathon together last year in 4h22.

Tomorrow I’m doing London solo (hoping to sneak past my PB of 3h11) and it will be good prep for when I push my uncle around our second marathon in Worcester in three weeks time.

I used to run for my own headspace, and I still do, but now I see there’s a much bigger story and purpose. I want to cherish these final times with my uncle and to raise awareness of MND

so we find a cure.

I said “never again” after my 1st marathon 7 yrs ago.

Will sanity ever return??

Such a sad story but what a great reason to run for. We take it for granted every day that we can still walk and run freely – to have your health is such a gift. If you want to support Chris he’s not asking for any donations, just that people sign the MND Charter on the MND Association website, it takes one minute and is completely free to do so. Signing the Charter means you support the right for people with MND and their carers to have the right access to quality care and support.

I first saw Paul at this year’s Brighton half too, but also at the full Marathon last weekend – running both courses with a 10 foot, 30lb tiger on his back. Paul is a wildlife photographer, so is all too aware of the danger that these beautiful big cats face – according to WWF, there are only 3,200 left in the wild today, with over 97% of the population in the wild being lost in just over a century.

Not only are we as humans destroying their habitat for our own needs, but thousands are killed by poachers every year, often to use their body parts in Chinese medicine. 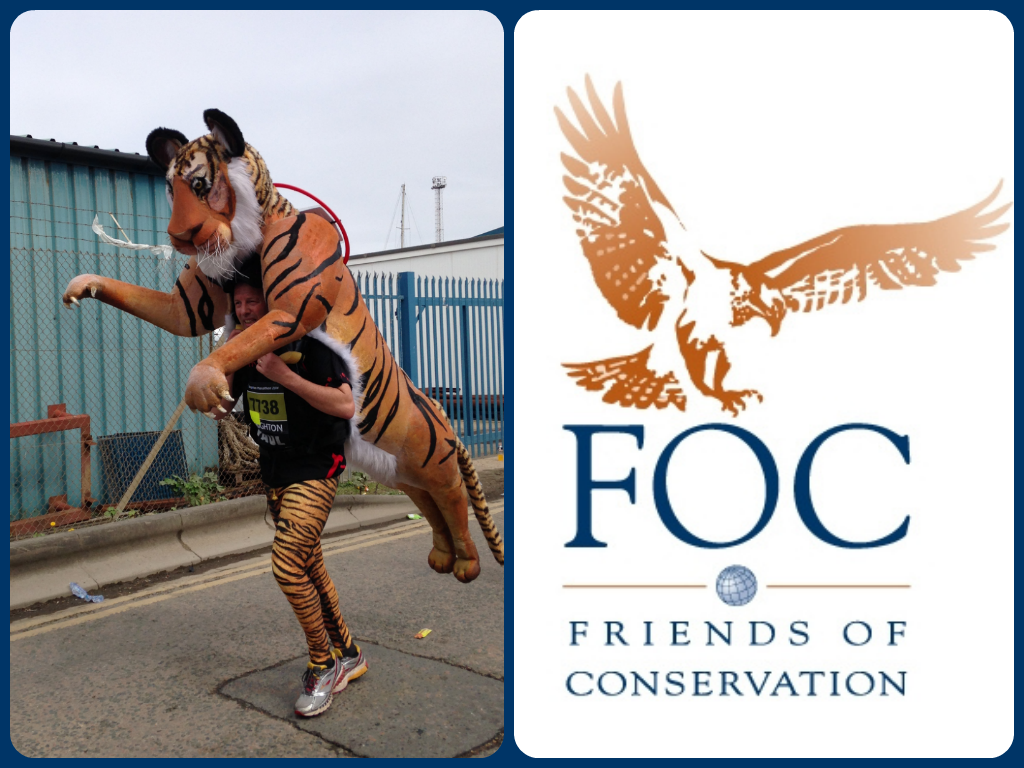 Paul has run across the world with the tiger on his back, climbed Mount Kilimanjaro, ran numerous marathons and tomorrow’s London Marathon will see the end of a 120mile week for the duo. 120mile WEEK! I’m happy if I manage that in a month, let alone a week.

You can support Paul’s efforts and help to save the tiger by donating to his JustGiving page.

For those of you running the London Marathon tomorrow, good luck, run strong, and bring a smile – if you see either Chris (without the wheelchair!) or Paul (very much with the tiger), give them a pat on the back and show them your support.

I am not jealous AT ALL that you get to experience what I did last week and all I get to do is watch from my sofa – ping me your race numbers and I’ll track you on the app!