Tonight’s escapades involved lots of pain and concentration, followed by an hour of deep stretching and relaxation. After yesterday’s day from hell  I woke up shattered and emotionally drained but looked forward to this evening as I knew I would feel better after some exercise. 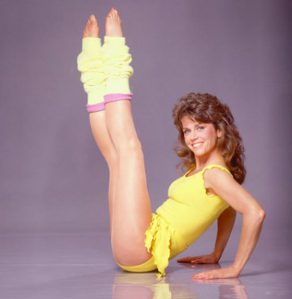 First up: C.L.ASS (which stands for Core, Legs and Ass – a much better way of saying legs, bums and tums). I haven’t done this class for a while – I normally alternate between this one and HIIT as they’re both on at the same time but for one reason or another I’ve been doing HIIT more.

It was haaarrrddd work. Think Jane Fonda, minus the leotards and leg warmers, and definitely minus the smiley-happy-gleeful expressions. These were instead replaced with pain-ridden grimaces and various roars of discontent (mainly from me). 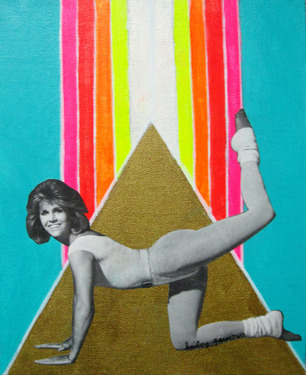 There were lots of other exercises (obliques, crunches, bridges, planks), but it was the legs that killed me tonight. Round-the-clock lunges (where you lunge forwards, diagonal, side, diagonal and back etc. around in a clockwise circle), Jane Fonda side leg lifts, scissor legs and swimming legs, the list goes on.

We did a whole four minutes of continual squats, hover squats and pulses (ouch!) and what seemed like an eternity of glute kick backs to the sound of Salt ‘n’ Pepa’s Push it Real Good.

Push it good we did.

C.L.ASS was followed by a lovely Yoga session, so I cycled home feeling relaxed and rejuvenated, safe in the knowledge that tomorrow  I will under no circumstances be tackling the stairs at work.

Someone else can make and deliver my tea.