It doesn’t look that scary. Until you step on the board.

I didn’t realise when I started skateboarding just how difficult it is to actually commit to stuff and land a trick. It’s not the same fear I’ve felt when scaling a climbing wall, stepping into the boxing ring, or jumping into deep water. It doesn’t make me cry, or panic, or rush with adrenalin.

It just stops me from trying.

Case in point: A few weeks ago we went to one of Brighton’s quieter skateparks to have a play, and whilst Chris got to work reminding himself how to do ollies and learning how to pump round the bowl, it took me the whole session to grow the balls to skate in from what must’ve been a 4ft ramp. It’s not overly high or intimidating – until I stood on the board at the top of it.

I’ve been skating weekly at Brighton Youth Centre with She Shredders so have got used to one place (with lots of friendly people to help me), and as soon as I put myself in a new environment it all went to shit.

After much faffing I got angry with myself and did it anyway, with varying levels of success:

“Right get the camera, I’m gonna do it.” Took me ages to have the bottle to skate in from there. Nailed it. 👌🏼😂

It seems really stupid watching these videos and seeing the turmoil I was in over whether I’d survive. But I stand by it – I really couldn’t do it.

In the spirit of doing things that scare me and Getting. Shit. Done, last weekend, while hubs went white water kayaking at Lee Valley, I ventured off nice and early to the skatepark to fall over in front of the big kids. Or as few big kids as possible…

I’m all over This Girl Can but at the moment This Girl’s Not Quite Ready to take on the big boys so instead of going to The Level, Brighton’s best and busiest skatepark, I headed to Hove Lagoon in search of space to fall on my arse in peace.

As far as decisions go, this was a good one – I bumped into a fellow BOSH runner and his 11 year old son and we had the place to ourselves apart from a few tiny kids on scooters. It’s mainly thanks to him (and the rain for making the ramps too wet to skate first off), that after a few hours (yes, it really takes that long), I learnt to ollie. 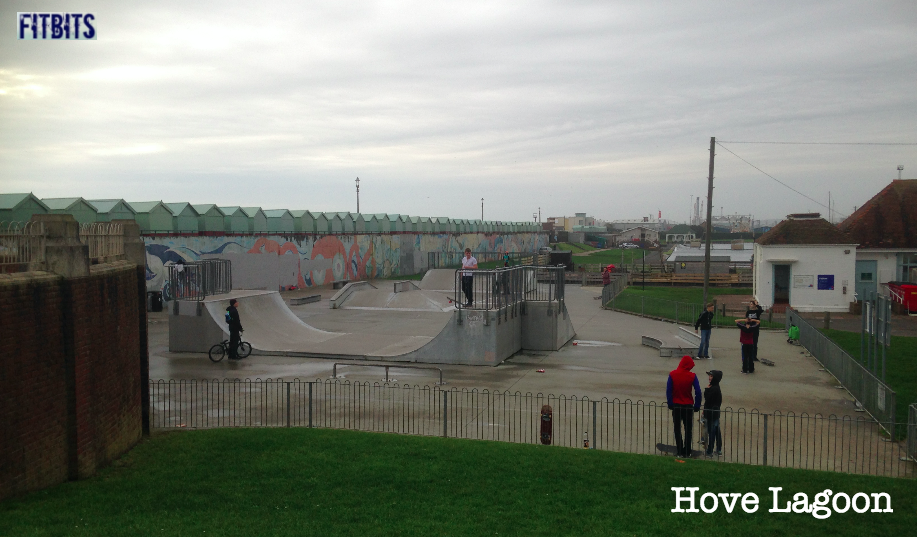 Now that I’ve got my own board I can practice more than once a week within the safety of the She Shredders all girls sessions. I’ve mostly got my kickturns down and am a bit more comfortable riding the board, so the first big hurdle to start doing tricks is learning how to ollie.

It’s this that leads onto other tricks, enables you to skate up kerbs, grind rails and navigate a bunch of other obstacles. On paper it looks WAY EASIER than it actually is to do, and looks much more exciting when you freeze frame a video to get an action shot:

I started by holding onto the rails and breaking the trick down into its three parts: pop the board, slide the other foot, jump and land. Something I’ve learnt from the very little skateboarding that I’ve done so far is that it’s all about muscle memory.

When Chris first showed me the components of how to ollie my right foot literally wouldn’t move into the position, but after doing it again, and again, and again… and AGAIN, my brain and feet played ball.

I think skating is just about the only instance in which Albert Einstein’s famous quote about insanity: (‘doing the same thing over and over again and expecting different results’) doesn’t quite ring true.

Moving away from the safety of the railings was a different story though, as I performed various incarnations of Strictly Come Skateboarding for everyone around me. Not quite sure what I was doing here, but it looks pretty nonetheless.

The ones I did land weren’t perfect, and were static, so it’ll be interesting (and quite possibly frustrating), when I start practicing moving ollies. 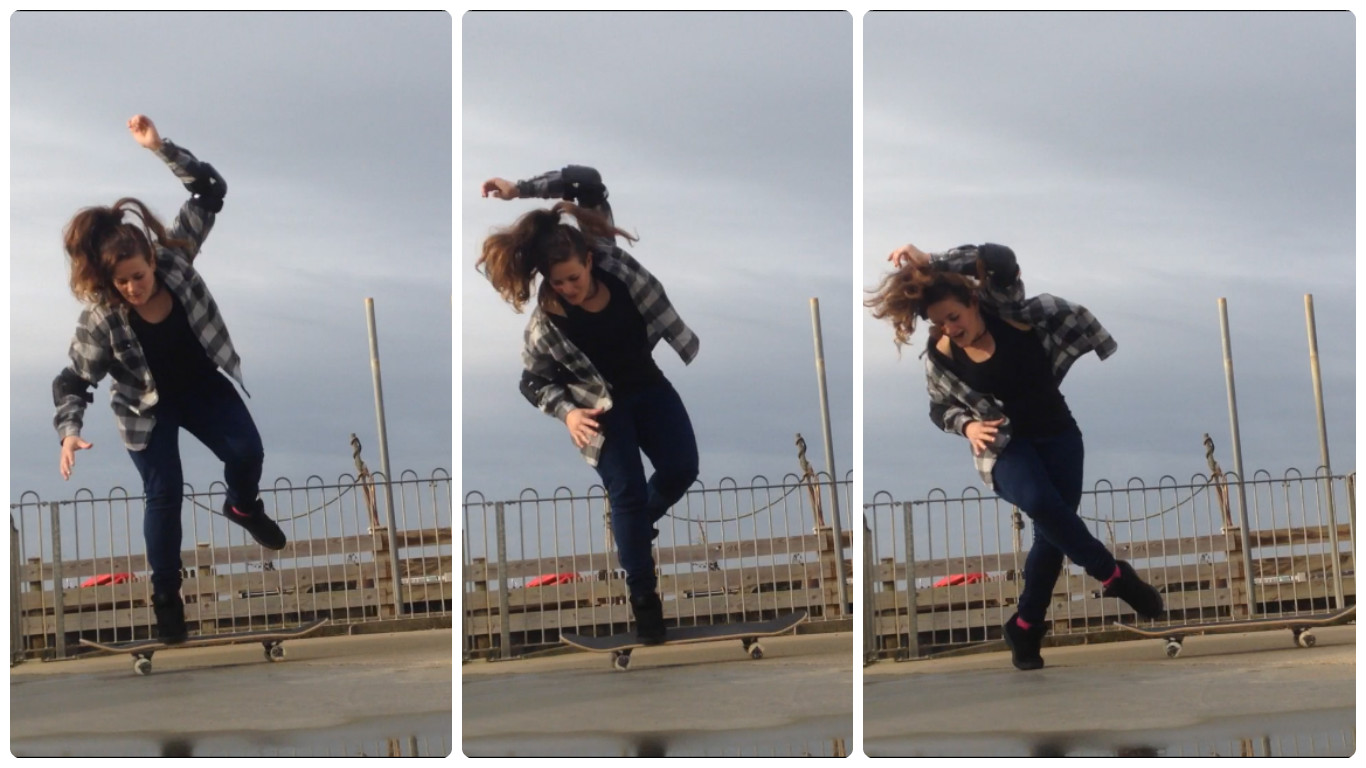 We’re flying to France tomorrow for Christmas and although I’m not taking my board, I know I’ll lose many more hours than I already have watching skateboarding videos on YouTube and Instagram, getting lost in a virtual world of flip tricks, vert ramps and bails.

I’ve been searching for adult lessons and local / London indoor skateparks and have a list of places to visit in the New Year.

Every run or cycle ride into town now passes (and circles) The Level with great intent. I’m basically stalking Brighton’s skating population, dreaming of a day when I can grow a big enough pair of balls to join them.

Where it all started:

Have you tried skateboarding? Any tips for a beginner greatly appreciated!