That’s the main thing I’ve realised this past couple of weeks whilst throwing myself into my non-training plan for my first tri this September. Never assume you can’t do something if you haven’t actually tried. Although I love challenging myself and learning new things, I do sometimes take the ‘easier’ route to make progress if it means not having to change and re-learn.

Like swimming. I’ve made so much more ground this past couple of sessions than I ever did last year, and that’s because I was ‘forced’ to step outside of my comfort zone. Yesterday I swam my first ever (flappy / stop-in-the-middle-to-have-a-cough-and-splutter) full length WITHOUT my nose clip. It was completely by accident too – I set off forgetting to put it on and then decided to just go for it and see what happened.

Turns out, no one died.

I did however, make the mistake of going for an evening swim on the day that schools broke up for summer. Which was no fun at all. 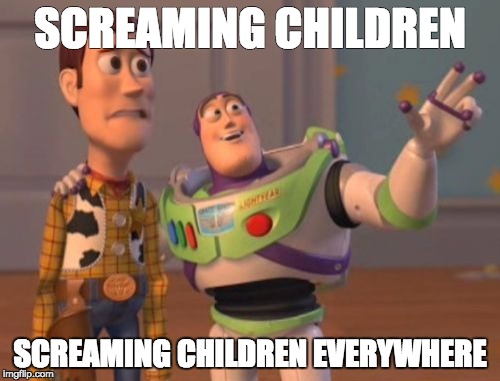 I’m really enjoying triathlon training at the moment. Or am I actually enjoying just
not marathon training? I’m not following a training plan as I couldn’t find one that worked for me as a beginner swimmer but strong cyclist and experienced (but not great) runner. (Any ideas, anyone?)

So my non-plan is currently consisting of whatever I feel like putting in, typically involving two or three swims a week (including one sea flap), daily cycle commute with a weekend long ride, strength training, boxing (for fun) and yoga (for the soul), and then poor old running squeezed in whenever I remember.

The thing about running is, as soon as you stop doing it regularly, it gets bloody difficult again, and all that rainbows-and-unicorns-sunshine glory you once had bounding like a gazelle around your favourite run-route soon gets replaced with a whole load of arse.

As I discovered this week:

It’s OK though, me and running are like that *crosses fingers*. We just need to rekindle our affair and soon we’ll be pumping out that ever-elusive sub25 5k.

But hang on – what about running off the bike? I’ve only done one brick session so far – I ran the inaugural Hove Prom parkrun after cycling to Worthing and back a couple of weeks ago and let me tell you it was far from pretty, and definitely something I have to work on.

So – at least one brick session per week from now. It might never get pretty, but I’ll get better at it. Maybe??

Cycling-wise I’m pretty comfortable to be honest. I cycle every day and feel right at home on the bike. Apart from when I’m half way up a beasty hill and realise I’ve got nowhere else to go on the gears. When the legs are burning, lungs screaming and that bastard gradient increasing ever-more, it’s a dark, dark time when you look down and realise you’re already in the lowest gear.

Say hello to lesson no. four:

You always need another gear

The cycle route at Eton Dorney is thankfully nice and flat so maybe I won’t have this problem. Just the god-awful run off the bike to contend with then. Still, it’s only 2.5km and whatever happens, it’s gotta be better than the duathlon I did there last February. Even if I did lap Dame Kelly Holmes.

So yeah, a few lessons learned so far, no doubt there’ll be more. Looking at the weekly roundup of last week’s training below it’s pretty clear I need to add some regular brick training and running in.

Sat:Hilly ride to Eastbourne & back (45 miles)

What’s your biggest lesson learned during your training (triathlon, running, cycling, whatever). Do you sometimes take the ‘easy’ way out if the option is there?