Since claiming PB glory at Brighton Marathon last month, I’ve been having a bit of a break from running, and spending time with my other true love – cycling.

Ever since I was a kid I’ve always had a bike. Or three.

My first bike was one of those wicked Universal Tracker BMXs, with bright blue tyres and handlebars, and bright foam covers on the crossbar. As I grew up I also had the red and yellow version, and they were the loves of my life, even when I came crashing off one, breaking my leg and earning myself a six week hospital stay.

When your Dad says don’t come round the corner too fast or you’ll fall off, he kinda means it, kids.

As soon as my cast was off and I was able to cycle again I was straight back down the BMX track, moving onto a cheap plain chrome BMX and then a hand-me-down Hoffman when I went to uni.

A bright pink Raleigh Chopper and beautiful vintage Peugeot racing bike joined my battered old BMX for the four years I lived in Birmingham and Stratford on Avon as a student – and now my beloved Giant roadie and Specialized mountain bike have carried me thousands of miles across Sussex and beyond.

In Brighton, having a bike rocks.

You can get anywhere in 10 minutes – to the beach, to town, to work in eight minutes if I step on it and the traffic lights play ball.  The ever-increasing network of cycle lanes envelop the city almost as fast as the parking zones spread to the outskirts; and with the flat seafront, gorgeous white cliffs and rolling Sussex hills, not to mention the notorious Ditchling Beacon on my doorstep – it’s just as much a joy to cycle the city as it is to run it. 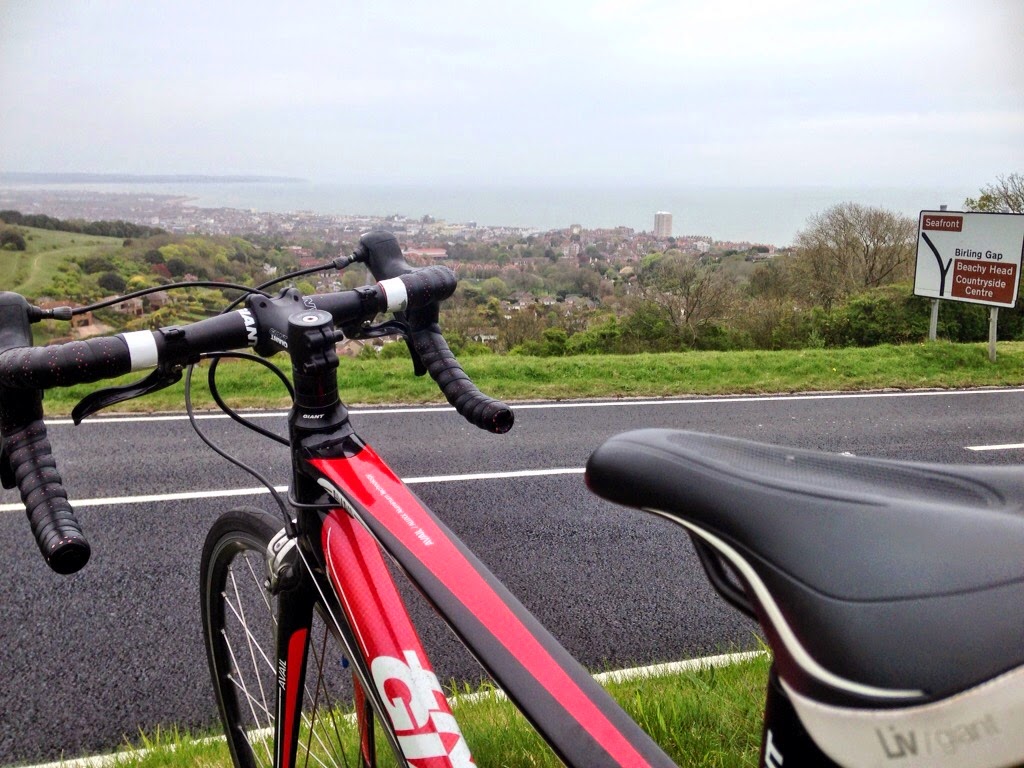 This past few weeks since claiming PB glory at Brighton Marathon, I’ve been getting out on my wheels and being a kid again. The weekend after the marathon, (my birthday weekend), me and hubs packed our mountain bikes and headed for the rocky, technical and exhilarating trails of the beautiful Forest of Dean. If you’ve never been before and adrenalin is your thing I suggest you get down there pronto.

The forest boasts a range of trails for different grades, marked out clearly so you don’t go careering down a trail you’re not capable of. Our trusty hardtail bikes took a right battering down some of these badboys and we quickly learned the benefits of a full suspension bike! 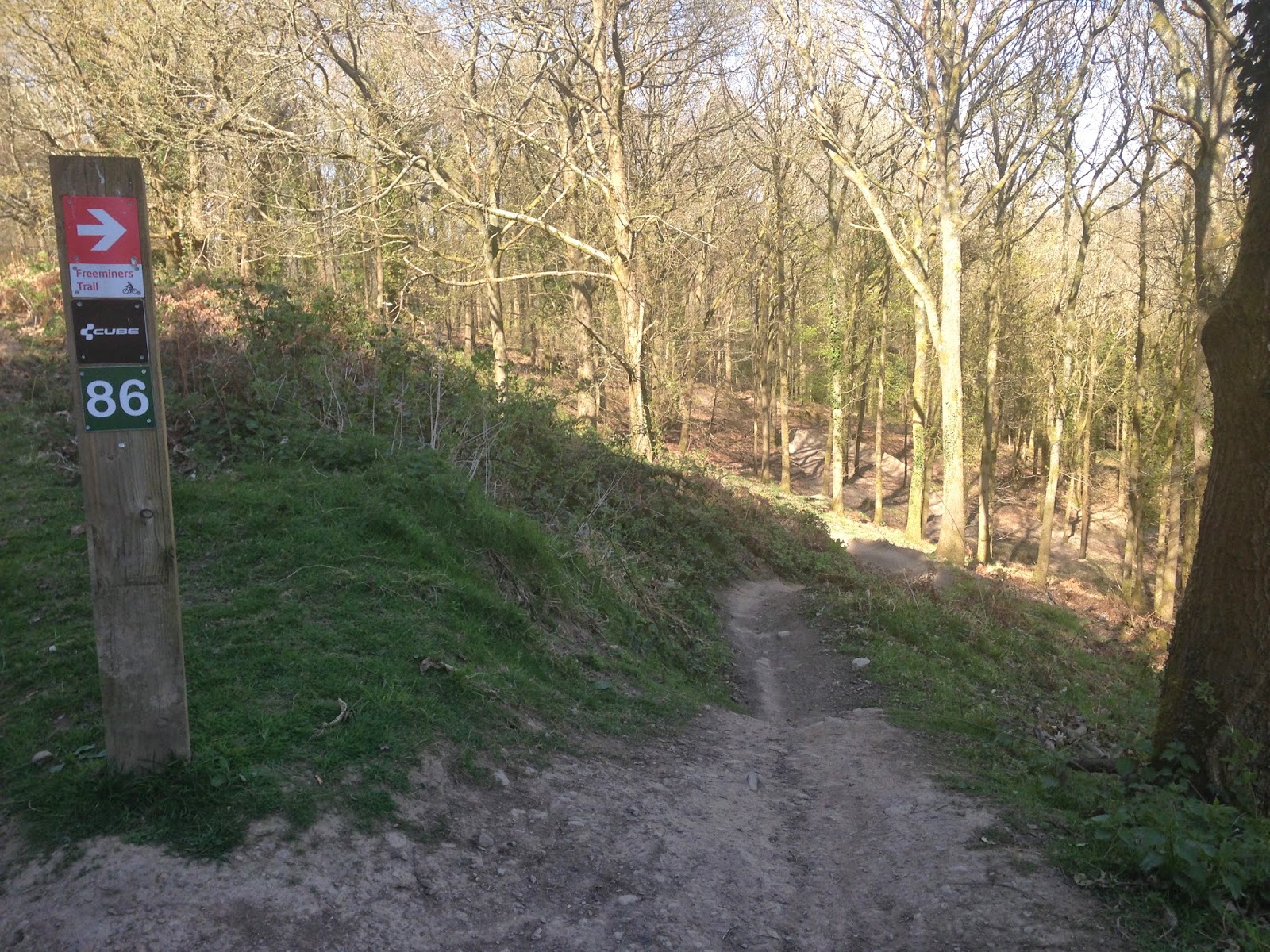 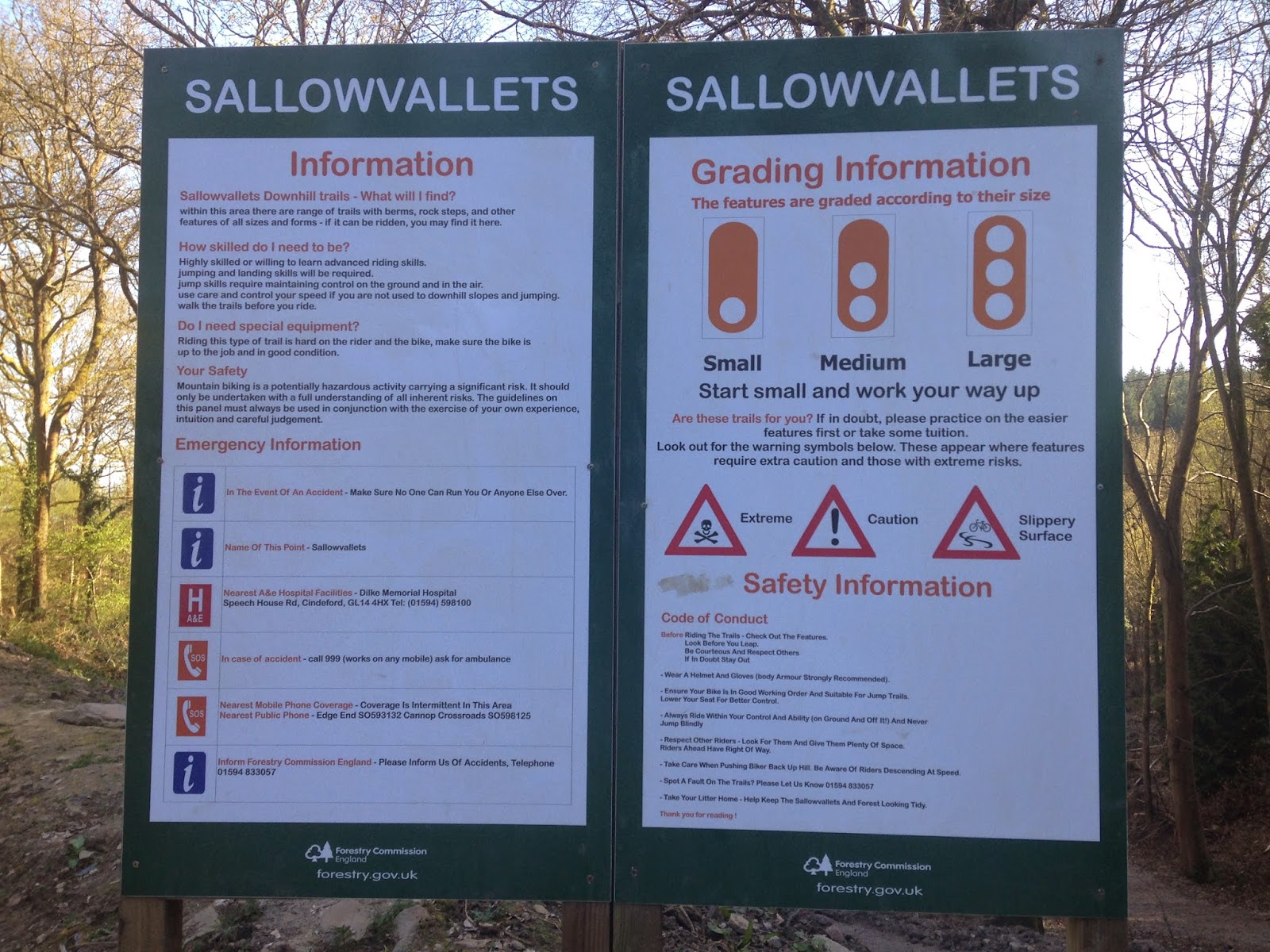 The weekend after our Forest of Dean trip it was time for another Pier to Pier Peloton with Brighton Triathlon Race Series crew, although this time, riding the route the other way round – from Eastbourne Pier to Brighton Pier following the South Downs Way. We’d cycled Brighton to Eastbourne in November last year – read the blog report here.

Another fun, hilly, mountain bike adventure, with three punctures in total and views once again shrouded in mist at the top of the Downs for the most of the ride. 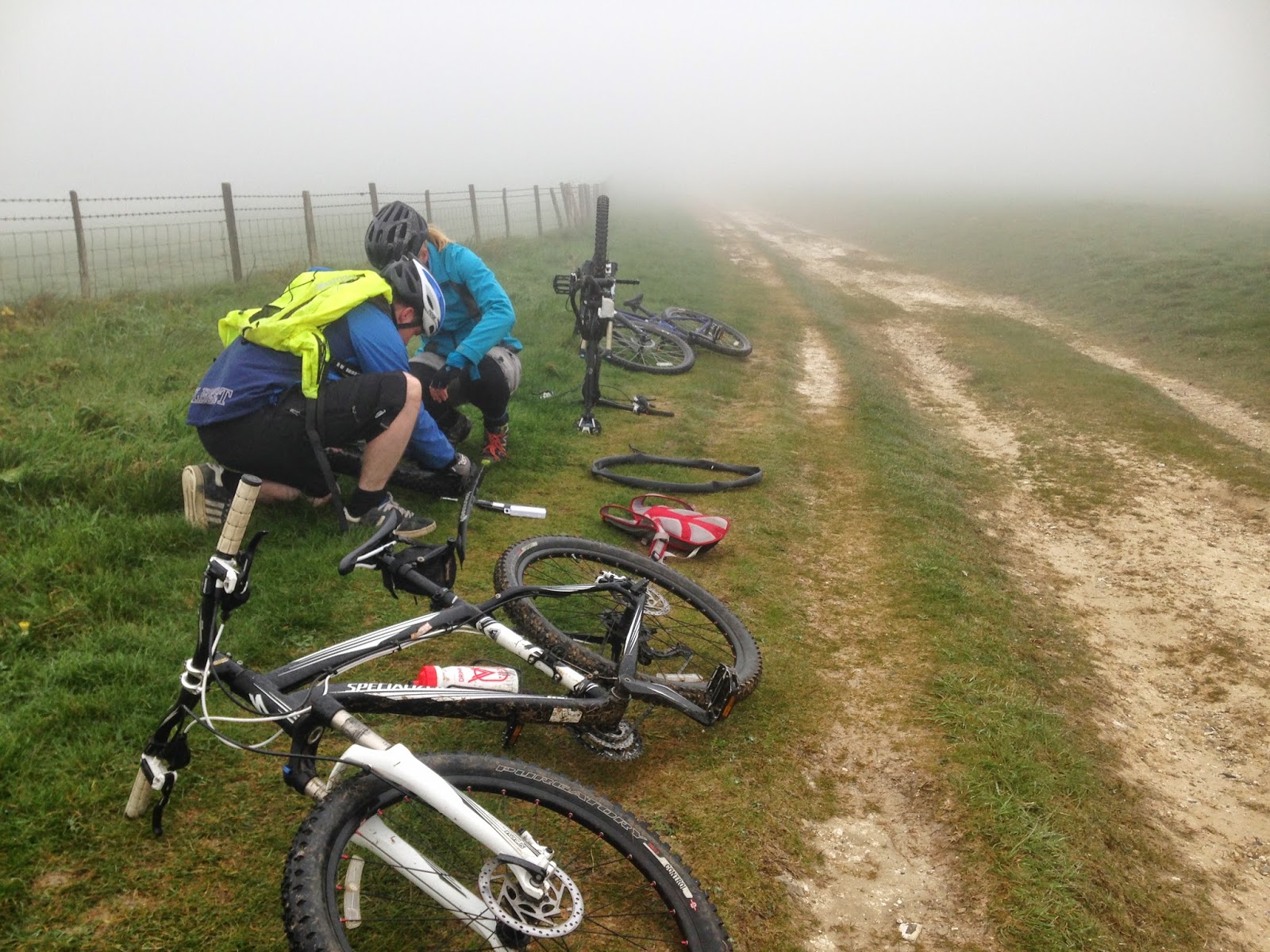 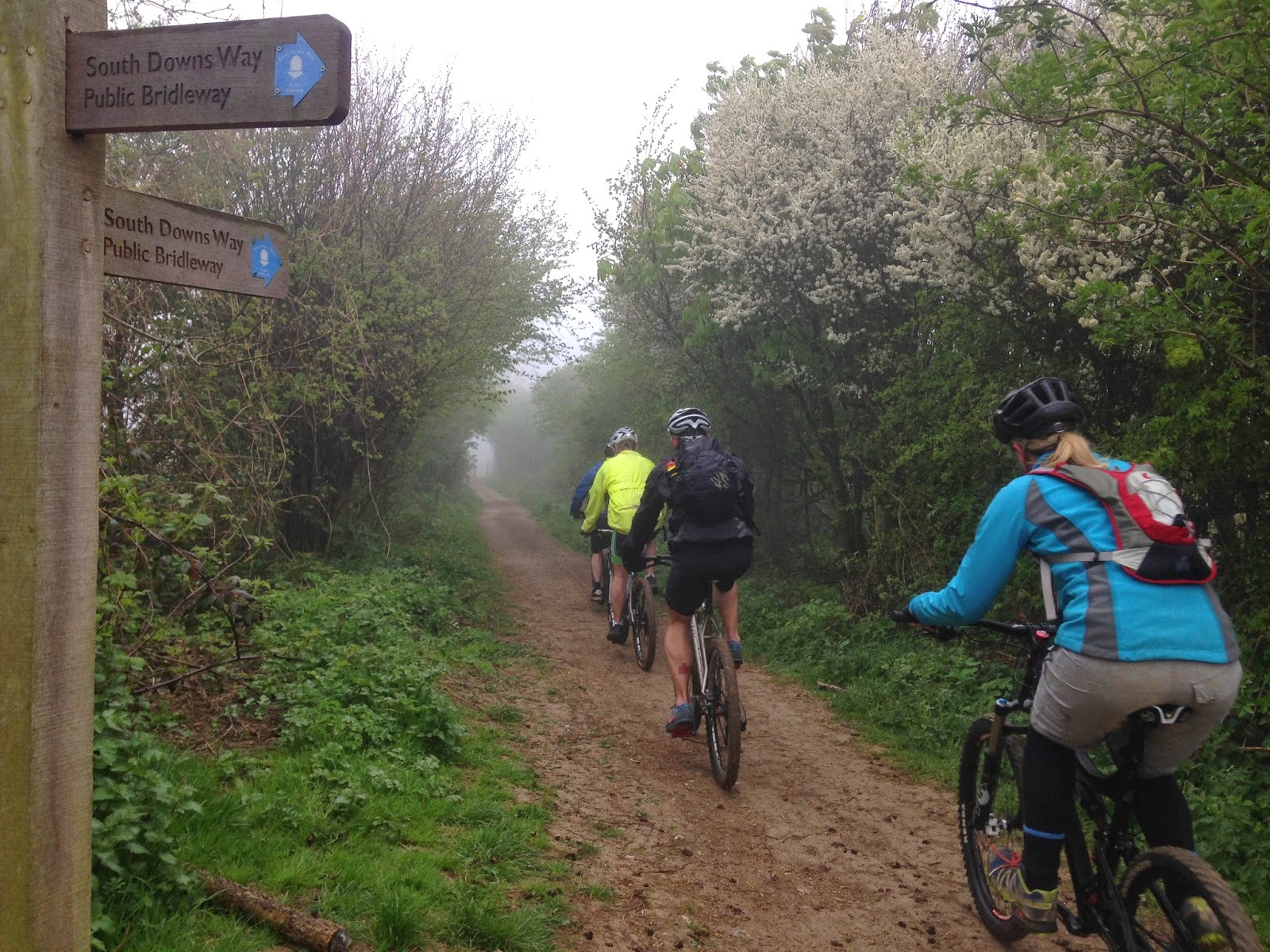 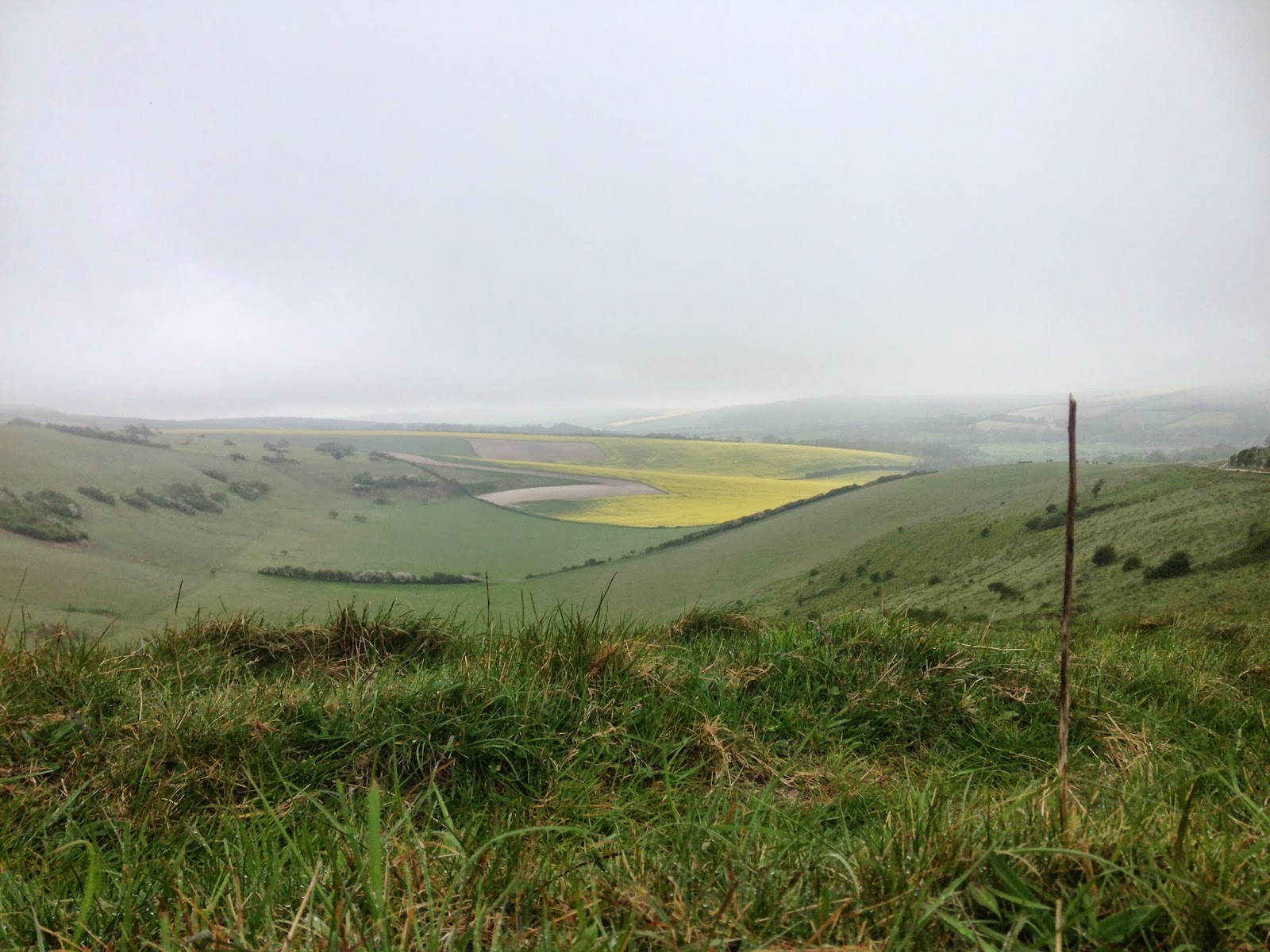 And then for May Bank Holiday weekend, whilst hubs was off to Wales with the Kayak Club for a white water safety course, me and my roadie headed out atop the rolling cliffs of the coastal road from Brighton to Eastbourne on the Sunday, and returning from Bexhill to Brighton on the Monday, totalling around 60 miles for the weekend.

The hilly, winding coastal road provided more than enough beasty inclines (and fast descents – 45mph at one point 🙂 ) to warrant rewarding myself with a flat undercliff return into Brighton and of course, the obligatory refuelling with cake and tea. 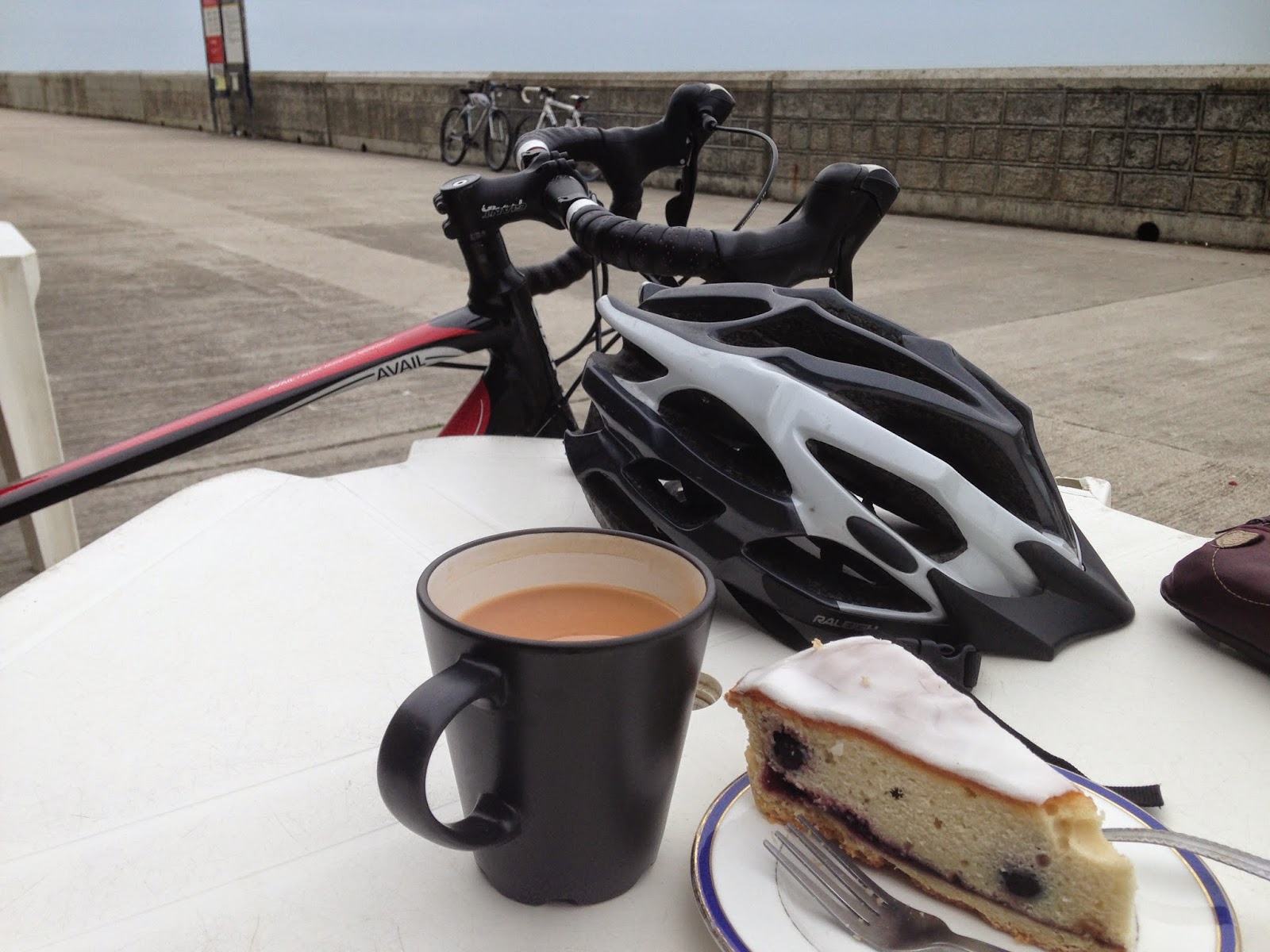 What’s your favourite way to exercise?