I’m not sure what I love more about running at the moment – the dedication of training and drive to dig deep all the way to the glory of a PB or the amazing support and friendship I’ve found from various running groups, clubs and online communities over the last year or so. 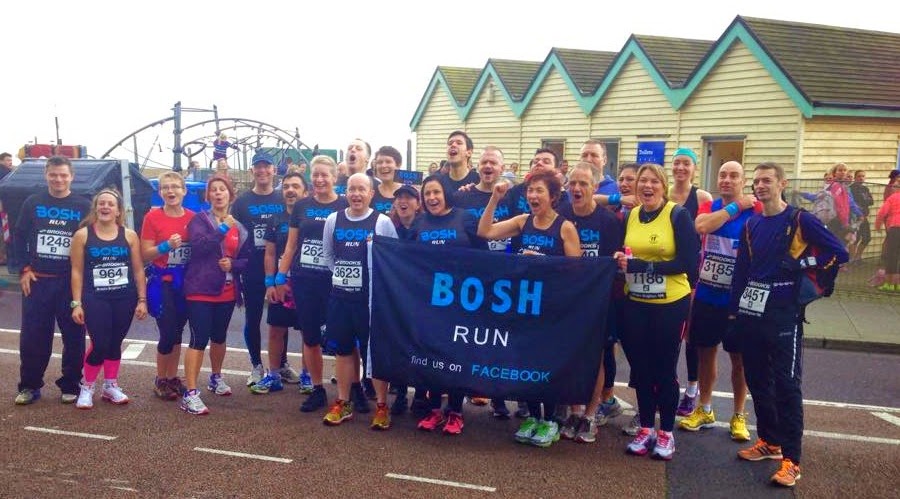 I used to run alone all the time, use it as ‘me time’, to de-stress and clear my head. I’d turn up to a race, run it and go home. I didn’t know about BOSH or #ukrunchat or Arena80 or RunBrighton.

I didn’t know you could volunteer at races or run free weekly 5ks at your local park.

I had no idea about the Sweatshop Run Community or Hove57 Run Club, or BTRS, and I certainly didn’t know about the thousands of other runners all over Brighton and beyond who are just as passionate (and maybe obsessed) with running as I am. 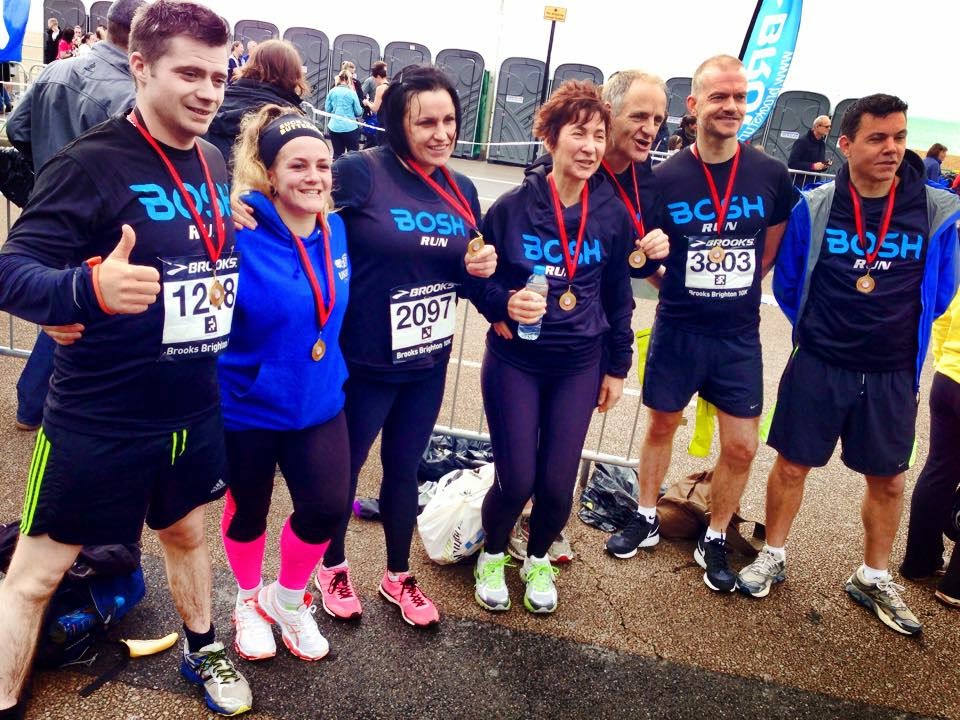 To share something you feel so passionate about with others who feel the same way is just awesome. This is what running’s ALL about.

I can’t be the only one who feels like this, surely?

This year has been just amazing for me in terms of running and fitness – and I’ll bang on about why in another post but for now I just wanted to tell you that I love running and I love people and I love Brighton and I love my new shiny 10k PB (53:15, thankyoupleashe).

A half naked PB…

I wanted to go for a PB at the Brooks 10k but didn’t wanna tell people in case I couldn’t do it. I’ve only just picked the running back up after my boxing fight and haven’t specifically trained for a 10k PB so I was nervous to announce my intentions to the world. 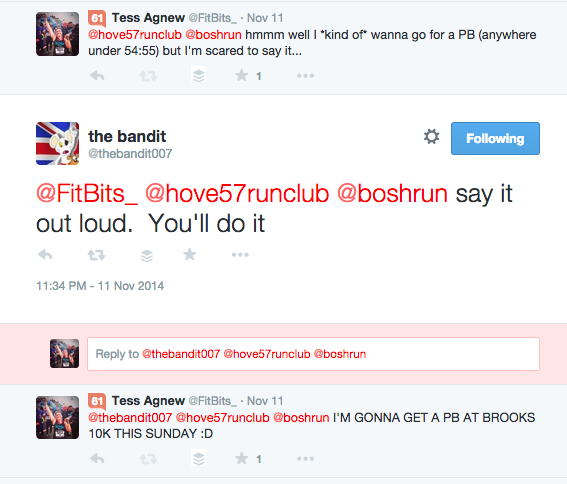 Saying it out loud turned it into a proper goal, and suddenly I was really excited but still terrified of failing. Even though it’s just a personal challenge it’s always hard to deal with the disappointment of not making it – so to ease the pressure and just ‘go with it’ a bit I toyed with the idea of going ‘naked’ and not wearing my watch.

Anyone who knows me will know that this is almost as hard a challenge as running the PB itself – I’m such a stats whore and couldn’t bear to not have the race to look back on afterwards, so I did wear it but put a wristband over it and tried my hardest to ignore it throughout the race. Half naked, if you will.

Will remember this when it hurts this morning. #brooks10k I’m coming to get you… #ukrunchat #run #running #brighton #brighton10k

My previous PB is 54:54 so to get under that I had to run anything under 5:30/km for the whole time. I must’ve looked at my watch about five times in total – which might seem like a lot but for me that’s a massive improvement on the 20-30+ times I would’ve probably looked had it not been covered up.

It didn’t really matter anyway as the bloody thing stopped recording about 1km into the race and I didn’t notice until nearly half way through. So I’ve only got the last four miles of it, but really, who cares – check out my pain face:

All I know is that that race was proper hard work. I went out too fast and tried to hang on for dear life but ended up slowing a bit in the middle. There were so many people I knew running their own race and going for their own goals it was great to all be in it together. Everyone ran hard today.

I’ve never ran so hard that I thought I was gonna throw up before though and those last two km were touch and go I can tell you! 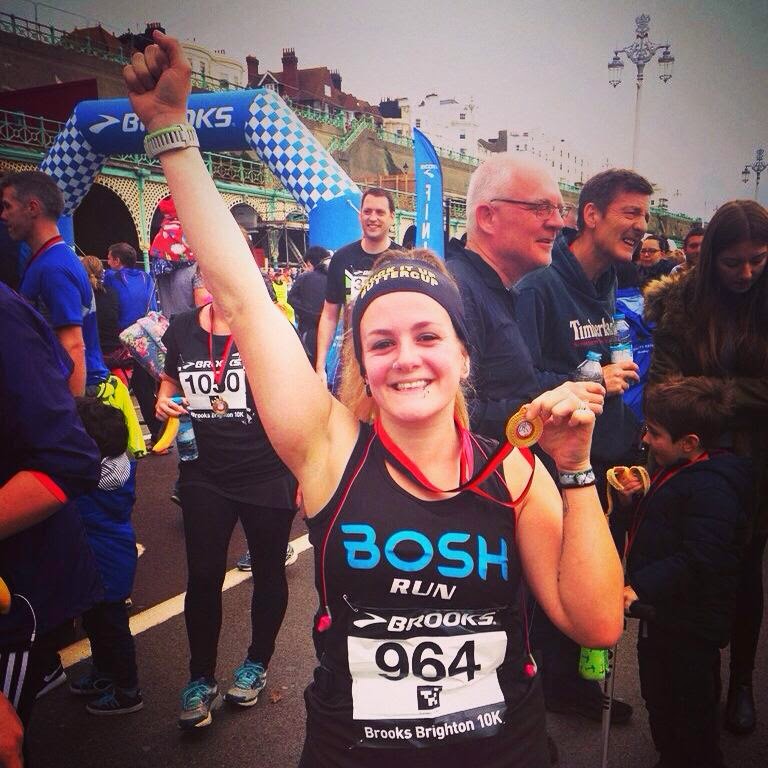 The sprint finish nearly killed me and I had to take a couple of minutes after finishing to catch my breath and regain composure before staggering back to my amazing supporters in the finish line funnel.

I’m so chuffed I got it, and even more chuffed it’s a decent PB as I thought I’d only be able to shave a few seconds off. Next stop – sub 50! (Totally leaving that until next year though!)

Are you part of any running groups, clubs or online communities? Do you love sharing running with others or are you a solo runner?