I’ve never been a confident swimmer. At primary school we had a small freezing outdoor pool that we had to share with lots of flies and other dead insects once or twice a week. I was always the fat kid with armbands, stuck at the shallow end flapping about trying not to drown while others effortlessly glided from one end of the pool to the other.

That drill where they used to make us pick up the weighted brick from the pool bottom used to terrify me almost as much as getting changed in front of other girls.

In my adult life I’ve got away with not being able to swim properly by pretty much avoiding it and getting pretty damn good at backstroke (water doesn’t go up your nose then), but now that me and Chris are looking at doing a triathlon before the next season of marathon training, I’m gonna have to bite the bullet and get it done.

Also, I’m getting into kayaking so learning to swim is pretty important.

I’ve booked lessons and joined the local gym so I can get in some practice, and so far I can get a little bit down the pool before the flapping and spluttering commences…

There were only three of us in the class, which I was really pleased about when I turned up. I booked onto the women only improvers, and after the first lesson I wasn’t sure whether I should move down to beginners or not but now that I’ve practiced a bit I reckon I can learn, given time.

I took my nose clip from kayaking as I’ve got a thing about water going up my nose but thought I’d give it a go without to see how I got on. The instructor was really friendly and understanding of my nervousness and after setting the other two girls off to do lengths he got me to practice just putting my head in the water and blowing out through my mouth. 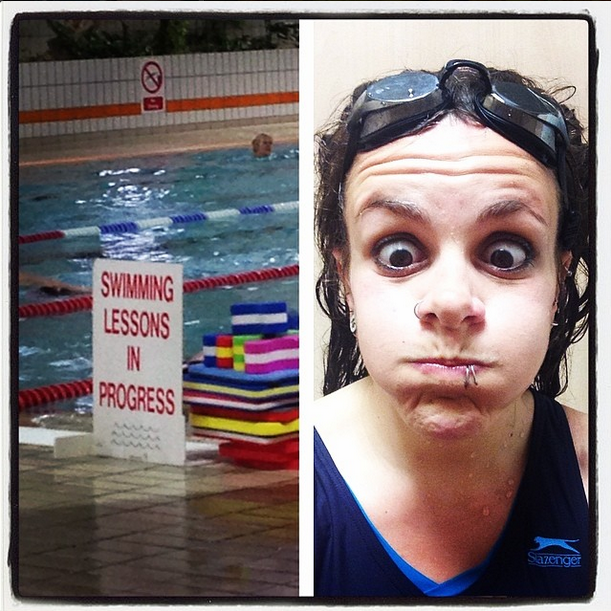 To my surprise (and elation), I didn’t die.

He then got me kicking off from the wall, with my head down in the water, arms on a float in front of me, and breathing out, just gliding as far as my breath would take me, before turning around and getting back to the wall again.

Then I had to go a little further with the float, gliding off from the wall but adding a few breaths in – this is where it got a bit spluttery, but I persevered and sort of got it by counting. Sort of.

After that we practiced arm pull technique whilst walking, and then while the others went off to do lengths I started combining the arms with the glide to see how far I could ‘swim’ off the wall. I’ve put that in inverted commas as it’s definitely not what I would call a swim just yet!

I got about 7-10 metres before having to stop and catch my breath, and it got really frustrating as I couldn’t get the rhythm right with coming up for air – I seemed to come up too early so wasn’t ready to take a breath in. 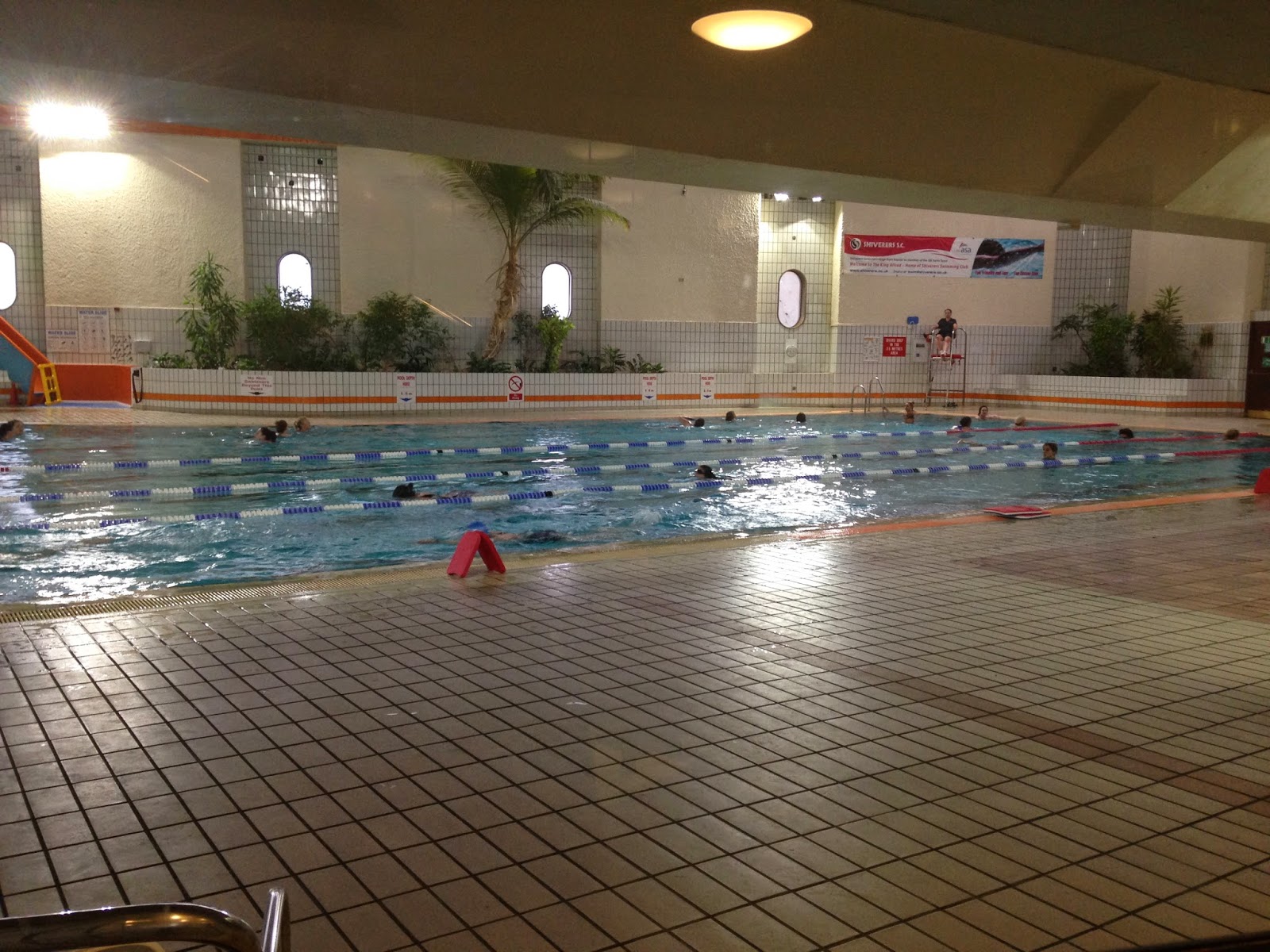 After a few of these the instructor got the group back together and got us to do mushroom floats and roly polies in the water. Mushroom floats are where you tuck your knees into your chest and hold your arms around them, and then just float face down in the water. We did this and then a version where we breathed out and went to the bottom of the pool.

Then we practiced roly polies in the water, starting from standing, throwing ourselves forward and breathing out through our noses whilst using our arms to propel us around 360 degrees. If I knew we were doing this before the lesson I would’ve been screwing but now I know getting water up my nost isn’t gonna kill me I can handle it.

Since the lesson I’ve been to the pool a couple of times with Chris, and while he’s off doing proper lengths perfecting his technique I’ve been going up and down the pool with and without a float practicing the breathing. I’ve now got the breathing down perfect with a float but when I bring the arms in I lose it, (and the life guard notices and stalks me) so just need to work on that and also make sure I take it slow and don’t panic.

It’s gonna be a looooong road to my first triathlon I reckon! Haven’t booked a place yet as wanted to see how I get on with this first. I’ll give it a couple more weeks and choose one to enter. We ordered our new road bikes today so it’s happening, whether I like it or not!

Are you a nervous/learning swimmer or are you a seasoned triathlete? I’d love to hear any tips you have for a beginner (parading as an improver!) so please do share!