There are two events every year which make June awesome – Glastonbury, and the boy’s birthday (he’s a triplet, and birthdays are *ALWAYS* a big family thing). Now there’s another – Juneathon.

I’ve signed up to join hundreds of others in a pledge to exercise every day in June and blog about it. Seeing as I do bootcamp/boxercise about 3-5 times a week already I’m filling the gaps with running as I’m working on improving my pace and technique, and I may throw in a little swimming for good measure. Glastonbury weekend’s Juneathon activity will be mostly raving it up in the Shafterlife and trudging through mud across a mile-and-a-half festival site of joy. Pure joy I tell you. (More on that later).

Fresh legs for a gin-free Parkrun 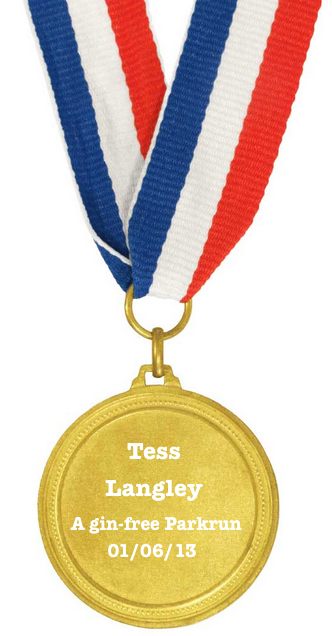 So the first day of Juneathon was kickstarted with my second Parkrun – this time without the heavy head and not-so-loving embrace of a night of gin and debauchery. Even though I didn’t go out on Friday night and went to bed really early (10.30pm, I thank you), I still managed to faff about enough to have to sprint to the start line from the other side of the park as they were already moving, and still didn’t get round to starting my tracking on my phone so I could have a proper look at my pace etc. when I got home.

But, I learnt from most of last time’s mistakes and got a good night’s sleep, had a good breakfast of porridge and blueberries, and sorted my earphones and playlist out to help me through. That’s three out of four so I’m giving myself a medal. Look over there, it’s all shiny and everything. —–>

The run was actually really good, I started off really quickly as had to sprint to catch up, so when I settled down into my normal pace it was actually quite comfortable(ish) so I reckon I could’ve gone a little bit faster for longer. I got confused on the last lap whether it was the last one or not (my memory is atrocious, it doesn’t matter that I’ve run the course before), so slowed down a wee bit to leave some energy for a faster home-straight.

Buggered that one up though as it was in fact the last lap so I should’ve maintained the faster pace after all. Came in at 28:56, a mere eight seconds slower than last time. I won’t be able to do it next week as we’re going paintballing for the boy’s birthday (see, June rocks!), but will get back on it for the week after. 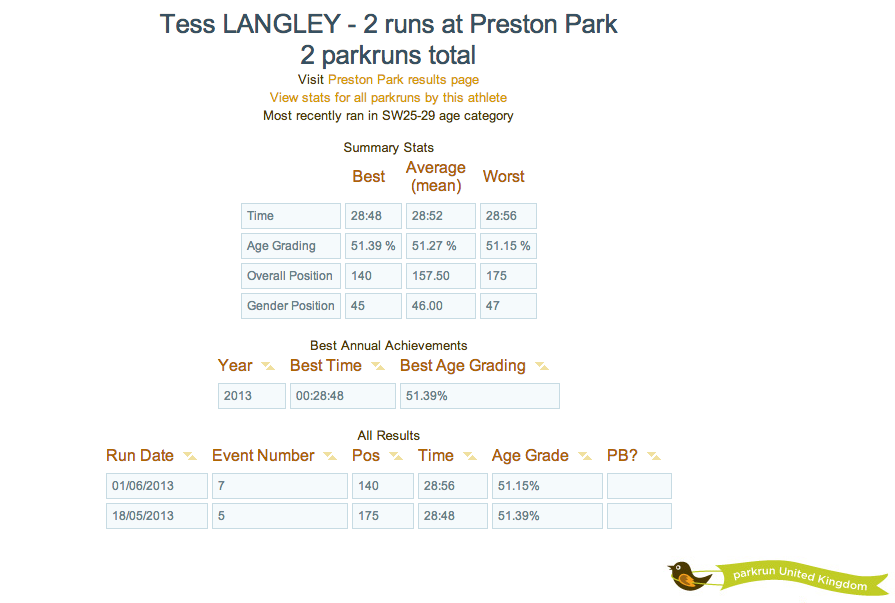