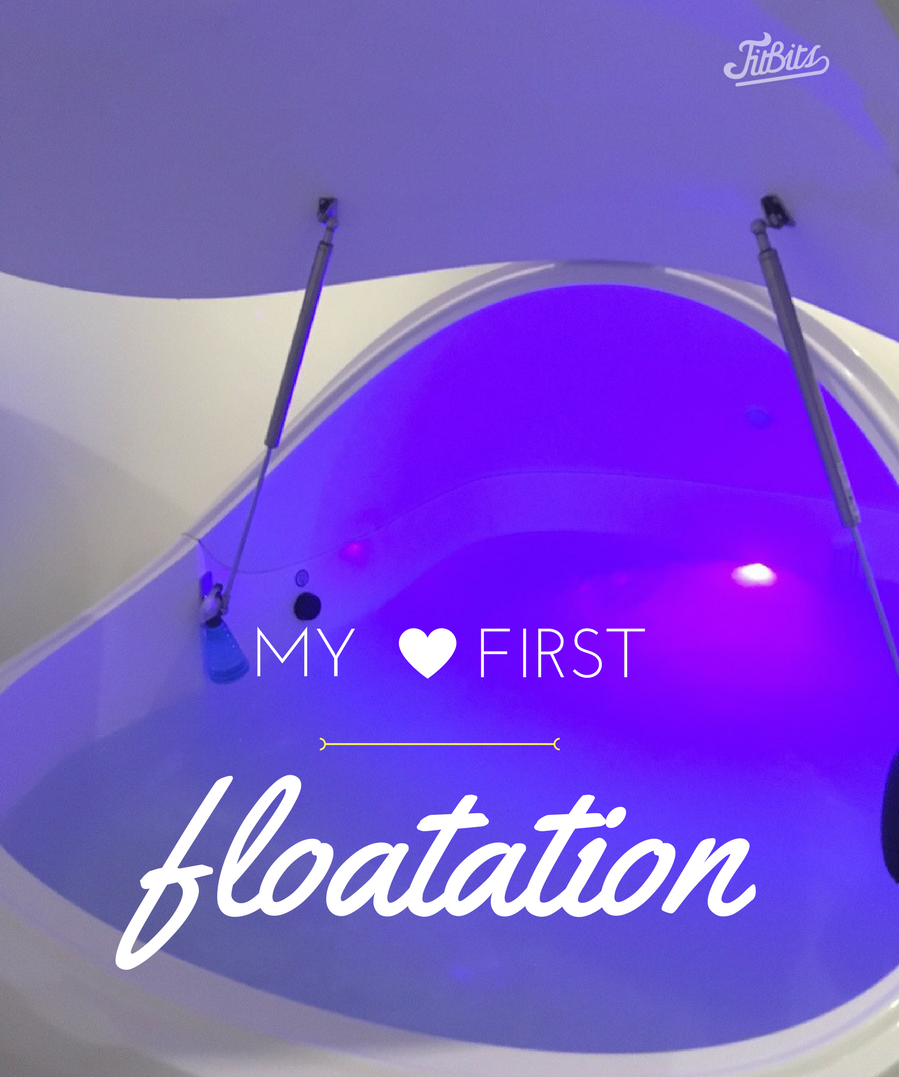 The irony of rushing home from an hour of meditation to get straight back on the Macbook to blog about it isn’t lost on me, don’t worry.

I started to write this down before I went to bed last night as I didn’t want today’s To Do list to barge right in and fill up my brain again. When I got home it was pretty spacious up in this head of mine, let me tell you. I left the mini headache that’d been threatening to multiply all day behind in the floatation pod, (is that what they’re called?), along with most of the thoughts that had been busying said brain for what seems like forever.

I say most of the thoughts.

It was my first session, a work in progress.

The other 30% was spent thinking about work, trying to make my eyes see in the pitch black (very difficult and didn’t happen), and seeing how gently I could push myself around the pod with my fingers.

When your senses are deprived like that and you cannot see a thing, it takes a surprisingly long time for your toes to reach the other side. 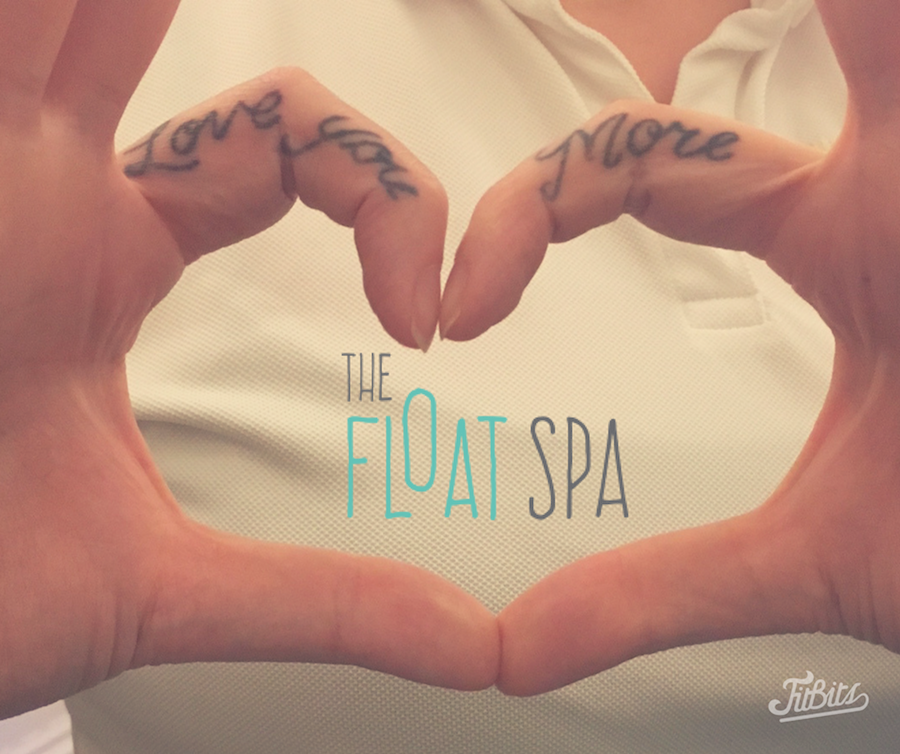 How often do you just lie still, and do nothing?

It’s Mental Health Awareness Week and meditation is something I’ve always been fascinated by, but not very good at. I’m one of those ‘ohhh I’m so busy’ people. You know, the ones who claim to be full on multi-taskers, 100 tabs open at once, the self-proclaimed productivity ninjas, getting shit done with no time to do anything else, and 100% unable to just sit and do nothing.

After a difficult year last year and my first taste of what I realise now was probably chronic stress and anxiety (did you watch the BBC’s ‘The Truth About Stress’ last week?), I went into 2017 making a few promises to myself:

2) Focus on my wellbeing

3) Prioritise my health and happiness

That means making time for yoga, exercise, hanging out with friends, seeing family, not being a dick to Chris.

Always, always always… making time to run, ride and write, because that’s always been the best kind of therapy for me. 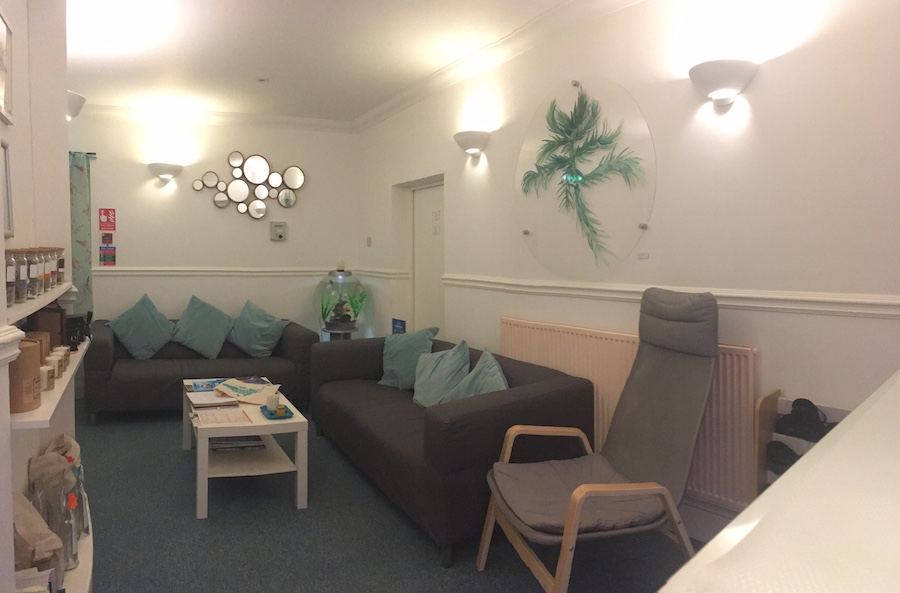 So what about a float?

That’ll fit in quite nicely, right?

I have to say, hats off to The Float Spa in the first instance, for getting their email marketing bang on. As a digital marketer things like that please me immensely.

An email landed in my inbox on my birthday offering me a discount on my first float, reduced from £65 to £45. I know what you’re thinking – £45 to basically lie still and do nothing? Say whaaa?!

I kinda thought that too, but then I tried it.

At the time the email was sent I was mid way through a glorious five hour ride along the South Downs Way, but I knew I’d take them up on it when back in the land of the living. 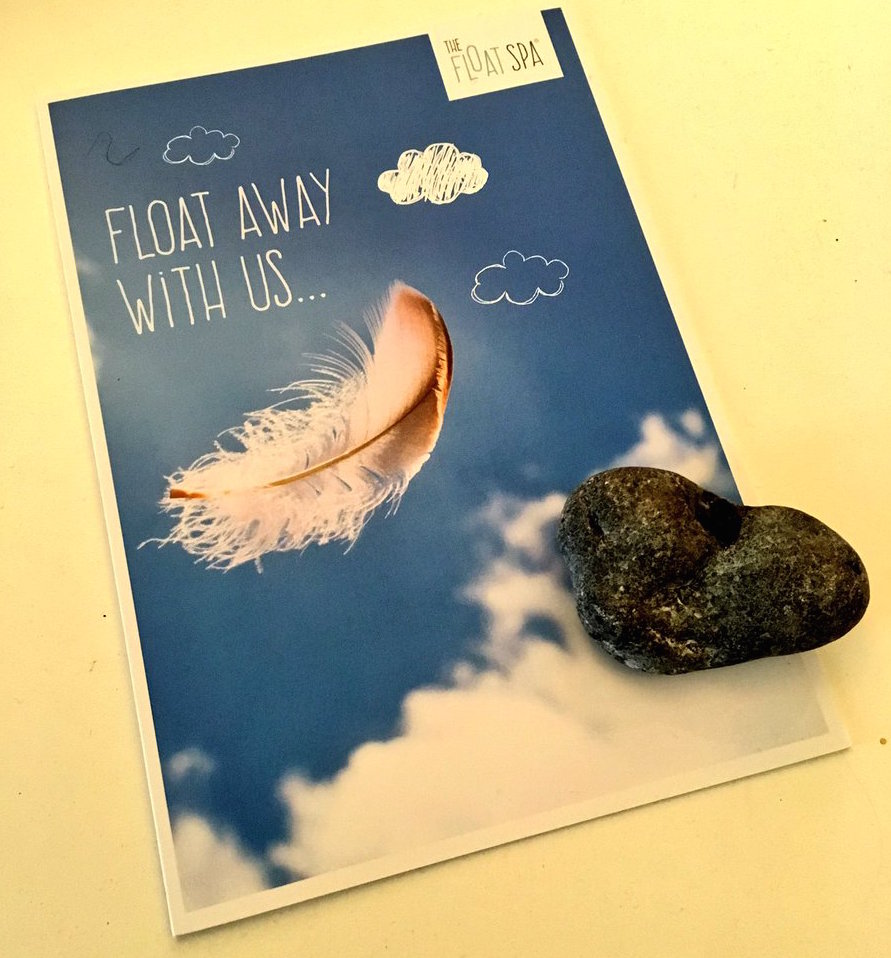 I booked onto a yoga class at the Float Spa for MoveGB‘s Big Day of Move to check out where it actually was and have a nose at the pods.

The yoga class was epic and the lovely Assistant Manager Sarah showed me round, putting me at ease (not that she needed to, I was fascinated by the look of the pods and knew I would have to do it).

I left with the One Float monthly membership (discounted to share with you guys how I find it, so stay tuned).

A date with yourself (and nothing else)

Last night was the night. I was quite nervous throughout the day, hoping to God that I’d be able to actually shut my mind down and relax in there.

What if it’s weird?

Verdict? It is weird.

And lovely. And all-encompassing.

But sort of hard work, if, like me, your mind won’t shut the hell up.

It can be everything you want it to be, or nothing at all, and very much depends on how much you surrender to it.

Someone summed the experience up pretty well in the guest book by reception: “Elevated and expanded.” I definitely felt both of those things coming out of there. I was relaxed and refreshed but not in the same way as when I come out of a good Savasanah at yoga.

You get more involved in yoga, moving your body, focusing on your breath, holding poses in what can be quite intense practice. Savasanah is your reward. I crave it after a hard class.

But floatation is just that – surrender your body to the water completely, surrender your mind, and do nothing. There’s no ‘reason’ to reward yourself with your relaxation, you just do it. 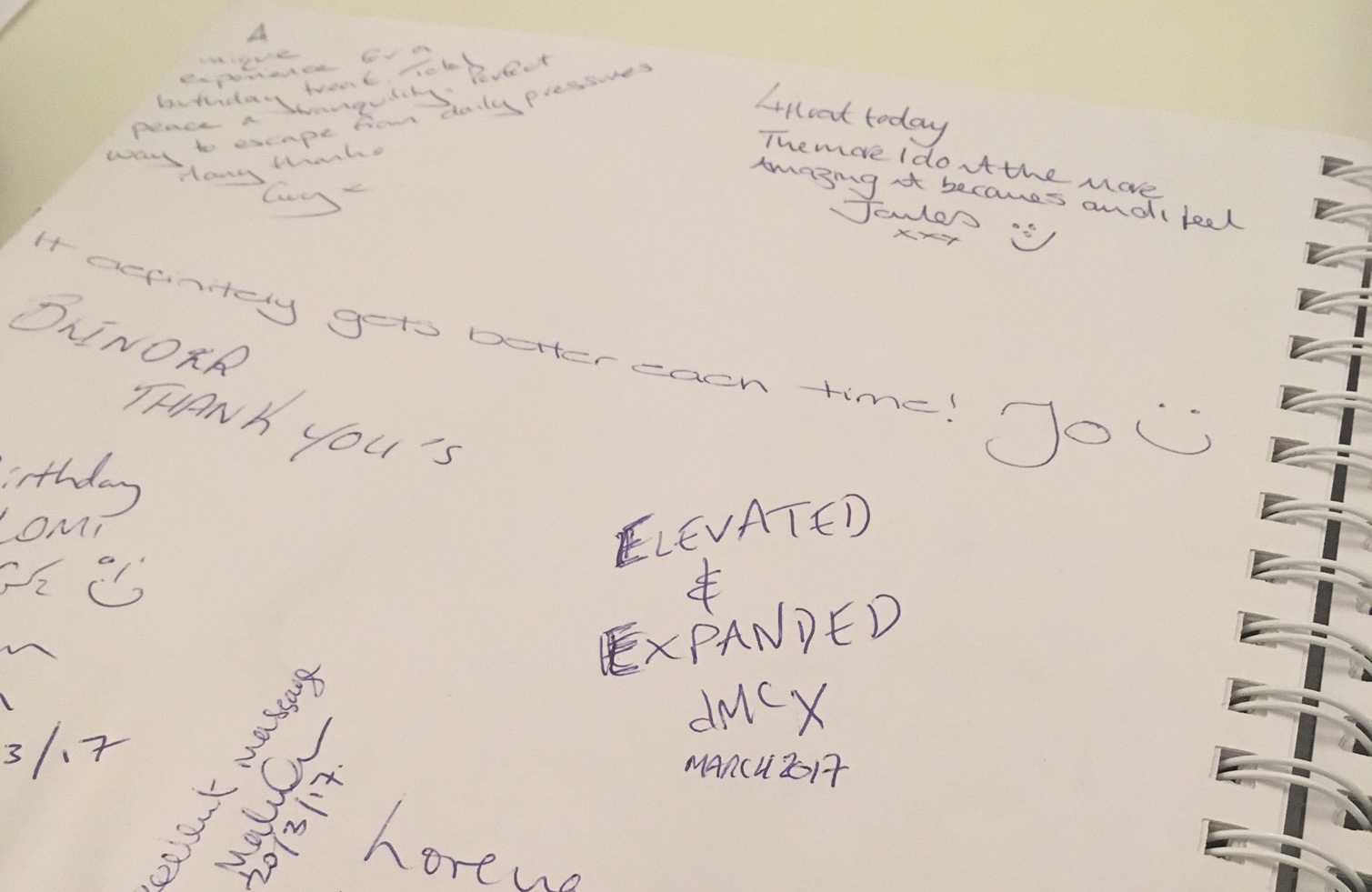 The light in the room has a motion sensor so goes off once you close the pod. I had the blue light on inside for a bit while the meditation sounds (waves, seagulls), eased me into the float.

The music goes on for the first five minutes and then nothing, pure silence, until five minutes before the end so you know when it’s nearly time to get out.

Half way though the music I turned the blue light completely off and it was 100 times better. I took Sarah’s advice on trying different arm positions, (Savasanah, up over my head like a baby, palms down), and explored different movements in the water.

Because it’s full of salts and magnesium the water makes your body feel different. It holds you up and envelops you in a silky smooth cushion (much to my delight).

I managed to quieten my mind eventually and sunk into my subconscious for a while, which was amazing. Somewhere in between (not sure when, time has no meaning in there), I lost it and completely woke up, got a bit angry with myself and laughed at what I was doing before settling back down again. 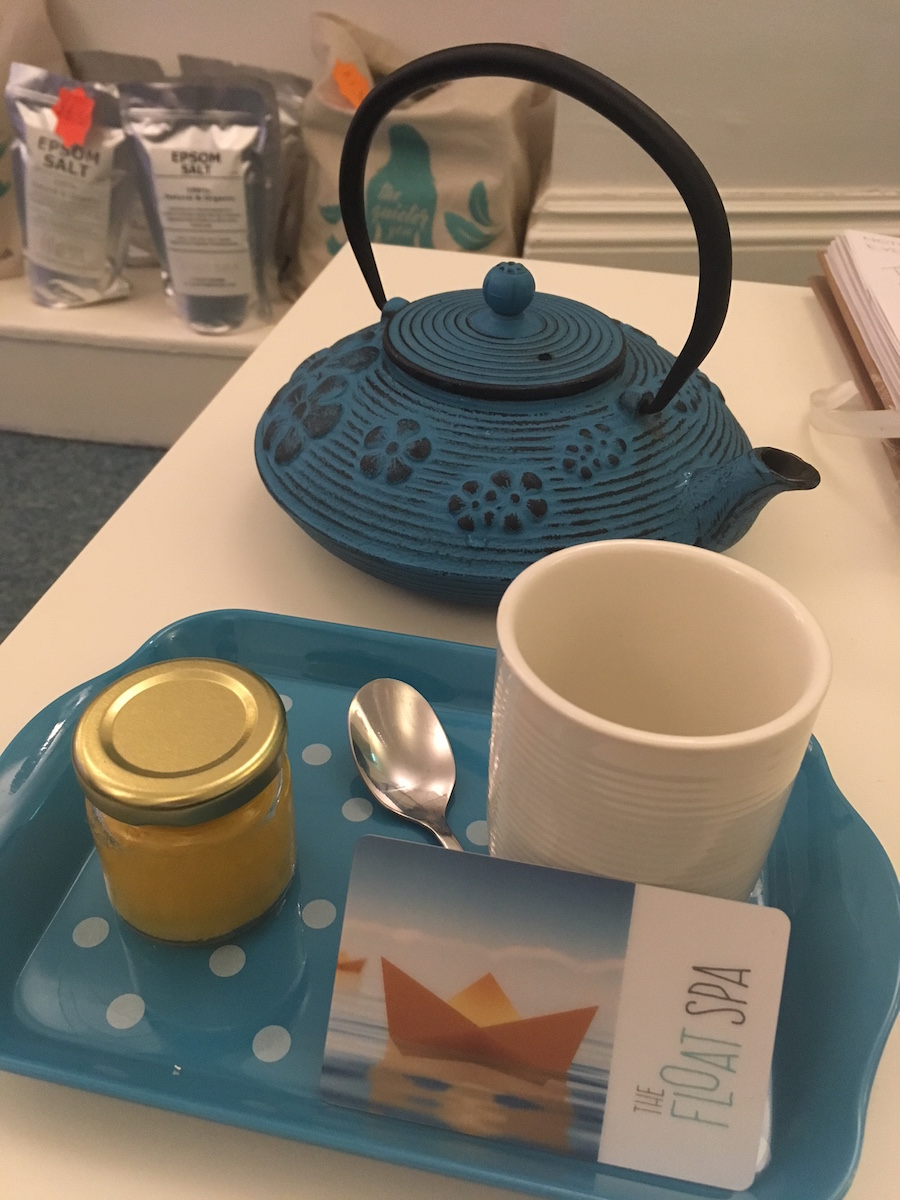 Literally, if you think about what you’re actually doing in there, it’s quite hilarious.

Oh, and you’re naked, by the way, which is just as Britishly awkward as it sounds at first, but then you really don’t give a shit.

Afterwards you shower and freshen up in the Vanity Room before enjoying herbal tea and homemade sorbet in the chill out area by reception, which is a really nice touch.

I could’ve stayed there all night but they had to close so I cycled home on a wave of calm with my brain basking in space that it rarely gets to feel.

What did I learn?

1) You do actually float

This was one of my main concerns and as someone who most definitely sinks I’m still surprised by it now.

2) It’s better with the light off

I spent a fair amount of time trying really hard to make my eyes see in the pitch black, but they just couldn’t do it. It was literally a black hole in there, and much easier to get in the zone in the dark than with the blue light on.

3) You should go to the loo beforehand. Twice

I did go to the loo before I got in, on Sarah’s advice, but towards the end, maybe in the last 10minutes (or seconds, who knows in there?!), I started to need the loo again and that would’ve been annoying AF had it been any earlier. 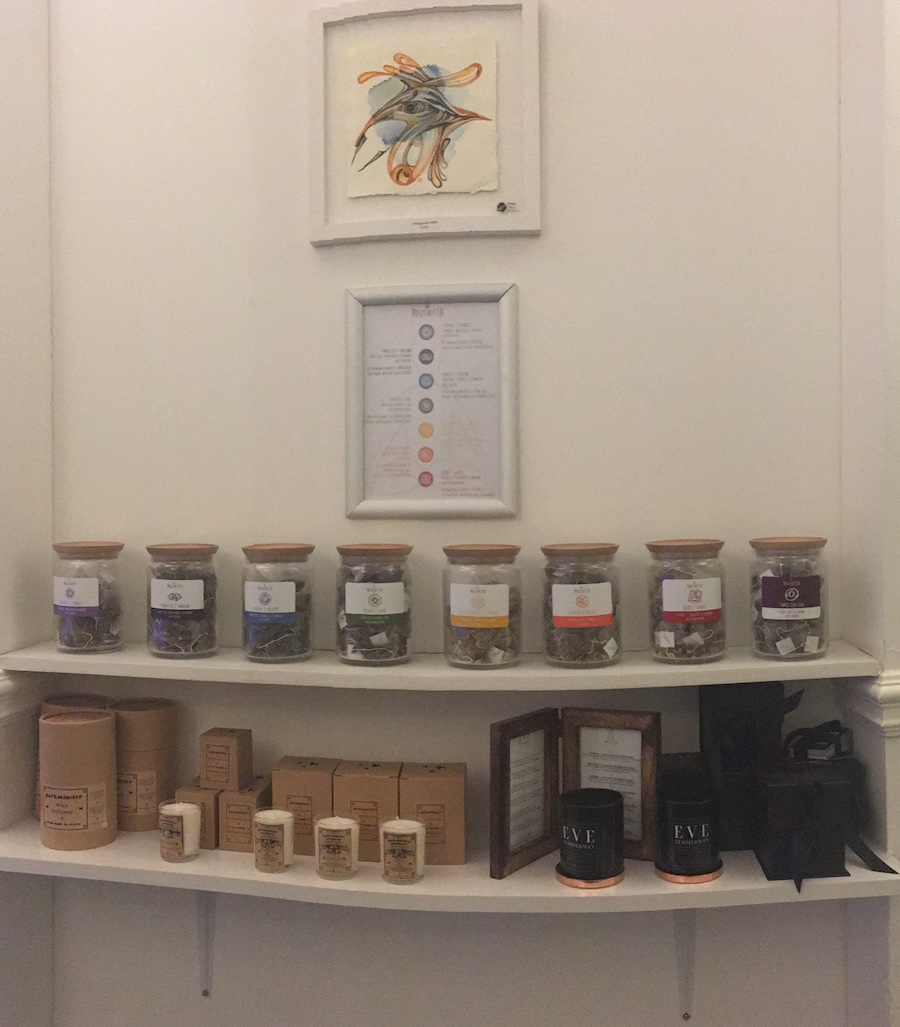 I’ve never done any sort of meditation for longer than the Savasanah at the end of a yoga class, which, is what, about five minutes, on a good day? Just like I train my body to run marathons, it looks like I’m gonna have to train my mind to shut down.

Anyone got a training plan for that?!

5) Surrendering yourself completely is amazing

The moments where I did fall into it mentally were incredible.

In the shower afterwards I couldn’t believe how many muscles it takes to stand up. When I changed arm positions in the pod (from above my head to Savasanah), my arms felt heavy like lead. Doing star fish motions with my legs was really surreal, my feet took forever to touch.

Don’t worry I wasn’t trying to do jumping jacks in there, just exploring the movement and feeling of being held up like that. Like when you do a figure of eight in table pose (with your eyes closed for God sake), it’s nice to just explore and feel what it’s like to be present in your body.

My first float wasn’t perfect, by any means. I couldn’t hold the relaxation for the whole time and I did find myself wondering what the time was and ticking off To Do lists in my head.

But the moments where I was able to (WARNING: floatation wanker phrase coming) give myself to it fully were incredible.

*Oh, and by the way, I had the run of my life this morning at 6am – related? Who knows…

As well as floatation The Float Spa do yoga, meditation and mindfulness workshops, massage and chiropractic therapy.  I’m paying for my One Float per month membership on a discounted rate in exchange for writing about my experience.

UPDATE! READ HOW I GOT ON WITH A 3-DAY FLOAT CHALLENGE AFTER INJURING MY FOOT >>

Have you ever tried (or wanted to try) floatation therapy?