It took a long time for me to love exercise. I held on pretty hard to the fags, beer and junk food whilst flirting ferociously with various half-used gym memberships. Can you believe I used to have a cigarette on the way to the gym?!

I’d then do about 20-30 minutes steady jogging on the treadmill and walk out satisfied, bacci in hand, rolling another one for the journey home, convinced that by the morning I’d be a dress size smaller.

Well done Tess, you’ve earned that fag. Now go home and have your pizza and chips.

Looking back it wasn’t only the fags, beer and crap nutrition that was my problem, it was also the gym. And not any gym in particular, (believe me I’ve been to a fair few) but just ‘the gym’ in general.

Here are 7 reasons why I hate the gym

Let’s think rationally about this. You go for a run on the treadmill. You’ve got a choice of about four things to look at: 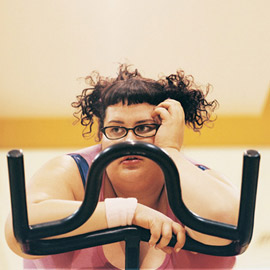 It takes a heck of a long time to work off a KitKat, let me tell you. Watching the calories edge up to that magic number does not make it go faster and is not a fun process.

Get outside and take a look around. It’s much more interesting.

I know that you’re not gonna smell of roses when you’re working hard. Unless you’re one of those bimbos who reads Heat magazine or enjoys a leisurely chat on the phone whilst ‘working out’ on the exercise bike – in which case, you smell lovely, you look beautiful, please leave immediately. We don’t want your kind here. 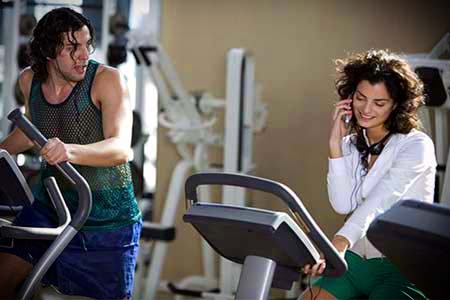 No, I know gyms smell. That doesn’t make it OK though. The ones I went to always had limited/no air conditioning too so it was always disgustingly hot and smelly, and no one ever used to wipe the machines after use. Yum.

Running on a glorified conveyer belt, cycling on a stationary bike, climbing on the stairs machine – you don’t go anywhere, there’s nothing to look at (see point one), and there’s usually a queue of impatient people tutting behind you for their turn. 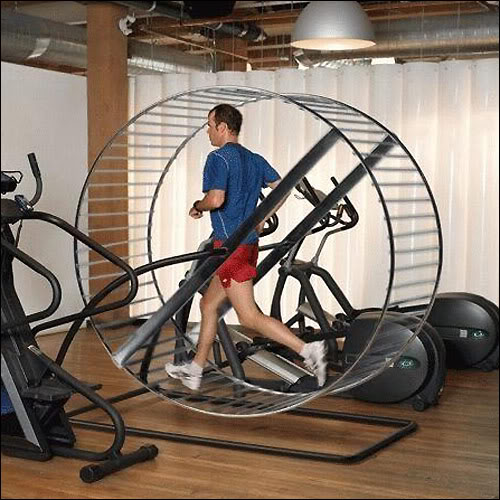 I’d much rather go outside and actually run somewhere. Or ride my bike somewhere. There’s more to look at, it’s free, and the only people tutting at me are the numpties I aggressively dodge as they meander down the cycle lane on the seafront.


4) Never any space on classes

I can only speak for myself on this one, but of the many gyms I’ve been a member of, I’ve probably only got onto about four or five classes. People seem to book seven years in advance, making it impossible to get a place unless you set up camp in the studio and emerge from under the table when the class starts.

Unless you pay for a personal trainer to come and bark at you throughout your workout, you’re pretty much on your own in the gym. I work a lot better when there’s someone telling me what to do (mainly because I don’t *know* what to do), and I love going to bootcamp. You make great friends, everyone’s in it together, soldiering on through the pain.

There’s a 40-strong collective groan at the mention of burpees or squat jumps. You can’t do that in the gym on your own, if you go from machine to machine groaning to yourself people might think there’s something wrong with you. Unless you’re in Grunters Corner, of course, in which case groaning is allowed. (See next point).

Over in the free weights area, usually a cornered, mirrored habitat with good lighting and a mist of BO, you’ll find two curious species.

The first, and most obvious: the Grunters. Often found in packs, these self-absorbed gorillas will lift ridiculously heavy weights and need to let *everyone* know about it. They do so by grunting loudly to the room with every rep. Rumour has it that if you go over and congratulate them they beat their  chests to choruses of ‘ooh ooh ooh’.

*N.B – I don’t mean to offend any serious people who train hard and lift well, only the arrogant and rude ones who make others feel unwelcome in the weights area. 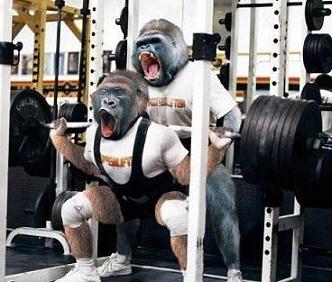 Usually found in the same corner of the room, lives another curious creature – the Selfie. They spend just as much time as the grunters do grunting, standing in front of the mirror taking photos of themselves to share on social media.

Popular poses include the casual-but-flexed man-pout, the tensed full-body shot, or the unashamed bicep flex (although this one is usually performed in the changing rooms out of sight of other Selfies).

Don’t get me wrong, I love social media, I love seeing photos of myself and how my body’s changed since starting to exercise regularly, but there’s a time and a place ladies and gents – Grunter’s Corner is not it.

And there you have it. Seven perfectly good reasons why the gym sucks and group fitness/ bootcamp rules.